It’s important to remember that Heroes have low Summoning odds. No amount of Summoning will guarantee a Hero.

Is Guardian Jackal worth Summoning For?

How many Guardian Jackals would be useful to keep?

What do you think Guardian Jackal’s Primary Purpose is?

What do you think of Guardian Jackal compared to other Heroes?

How does Guardian Jackal’s Special Skill match her/his Base Stats?

Is Guardian Jackal worth giving Rogue Emblems to?

In Defence, where do you think Guardian Jackal is best used?

How do you think Guardian Jackal will be best used? 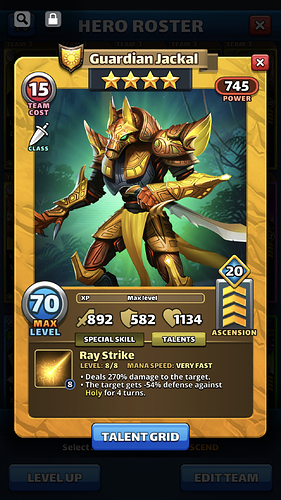 I bolstered him on the defense path because I need him leading the way against dark titans the entire minute 30!

I went all Attack too, mine has almost the exact same stats as @PeachyKeen’s.

The only difference is I stopped at +18, so I skipped the last Defense and Crit buffs so I could use those 110 Emblems elsewhere.

Also went Attack but only to 15.

My Stats for Reference: 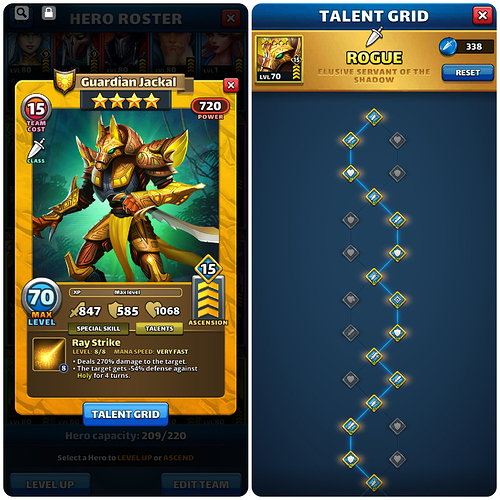 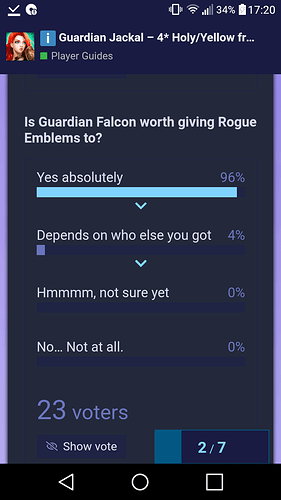 @Radar1 I edited @Guvnor’s post to fix that, thanks for the heads up!

Still in shock that I got three of him in a single x10 pull along with Panther. I am using him in titan fights and holy war/raid stacks now. And oh man, he is a beast! Since I don’t have Joon and Leo isn’t high enough, I have been pairing him with Chao and it is freaking amazing!

Congratz on that fantastic pull!!! 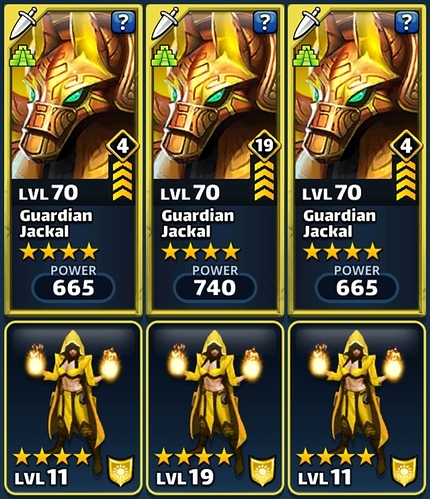 Let me correct that for you!

Still not got round to levelling my second Jackal. Mine never dodges anything with his fancy 18 emblems but that attack of 892…man alive it’s nuts.

@Olmor
Looks like I’ve got some work to do. 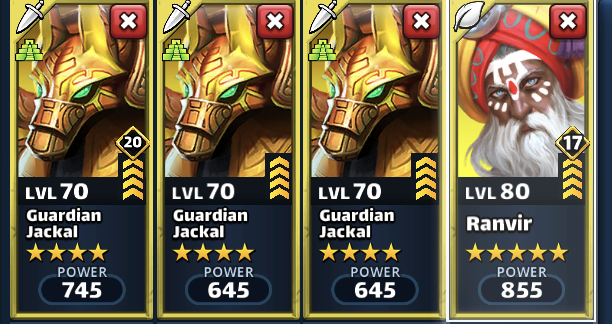 a few years and 7 pulls later, I finally have a jackal!!! now, I just need a falcon… and a panther, an eve, an arthur and I will be good.

Got Jackal from 1st pull today) Very good, because I do not want to level Leonidas and need some strikers to my mono team (Sif, Vivica, Chao, Wu, Mist)

Will replace Chao and Wu by 2xJackal in mono) 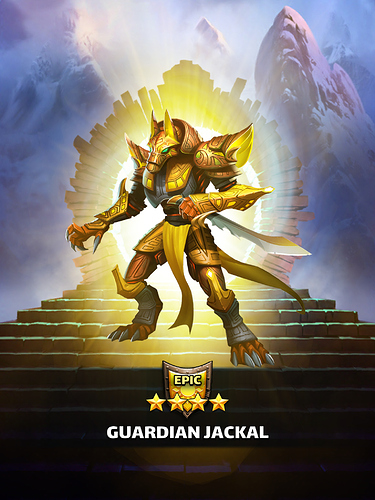 I already had Falcon x4, but couldn’t pull Jackal to save my life until now…,Finally! Woo hoo!

Will the special attack stack if I have two Jackals against a Titan…?

the special attack stack if I have two Jackals

nope, but I still bring 2x Jackal, because my other yellow attack stat is lower then him even 5* yellow.