This thread is for tracking and discussion of the Season 5 Missions.

Overall S5 Mission: Solve the Mystery of the Dunes


Note: with amulet missions, it doesn’t matter what stage you complete in S5, just has to be with the specified amulet equipped.

Guide to Stages for Avatar Missions

Sorry @PlayForFun i don’t plan this time doing the avatars chart , but rhe farming S5 map is done instead

Ok, I understand.
I have removed your name from the OP.

You have to finish province 1 and unlock the amulets. First mission is playing 65 maps with the ankh amulet for 5 gems

edit: it is already

From the looks of it, we’ll be getting more levels of missions as well.

First missions seem tot be shorter than S3 of S4 first missions. Alsof it looks like there’s 9 amulets available, so 9 levels of missions?

@PlayForFun I know Kiiro is no longer playing the game. You’ll have my guide a bit later on today, however.

Ok, thx for the information and for your work

Ok as promised @PlayForFun, here is the guide.

I’ve added the amulets info as well as the special stages info as these might present themselves as a POV daily task to complete. Let me know if there are any errors. Thanks. 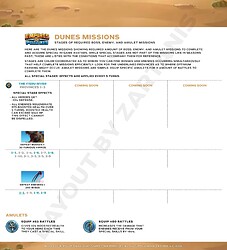 Thx, I have added it to the OP.

2nd Amulet mission is to complete 80 stages with Scepter.

Added base quest images to OP

Thx @Guvnor and also thx for adding the Storyline images too.
I wanted to add them later today, but now I do not have to do it

bah! wish i had seen this before ploughing through Season 5.

I’ve completed Levels 1-3 on easy and Hard but was doing them all using the Was Scepter! should have been using the Ankh to get that first Challenge done!

I feel your pain… efficient mission accomplishment is necessary but can be tough to do while progressing through stages fast.

I was also thinking at first, oh when two amulet slots are unlocked I can work on two amulet missions at a time… then realised only one mission is unlocked at a time, so that won’t work either. Ugh

Looks like province 1 stage 1 is the best for ibises and hippos - they both appear, and two guaranteed Ibises in boss stage. Other stages have two different hippo bosses in boss stage

Based on my own runs here’s my recommendation for the first set of missions:

Is there a link where I can follow the Update of the missions charts @Zartanis ?

, but thank you for sharing it; once I reach this Season I will feel better prepared to play it right

I really hope that pyramid enemy will be an avatar.

This thread gets updated with each of his new graphics on the missions.

There’s a similar thread out there for S4 and S3.