All-in-one still under construction, will be added when available.

The new heroes form the “Starfall” family and have a family bonus for each unique hero in the team:

There have been no changes to Eichbelborg from last seen beta build.

Is Eichbelborg worth Summoning For?

How many copies of Eichbelborg would be useful to keep?

What do you think Eichbelborg’s Primary Purpose is?

What do you think of Eichbelborg compared to other Heroes?

How does Eichbelborg’s Special Skill match his Base Stats?

Is Eichbelborg worth giving Monk Emblems to?

In Defence, where do you think Eichbelborg is best used?

How do you think Eichbelborg will be best used?

He will replace Wilbur on titan attack since he is fast mana regen and will not trigger Baba Yaga’s increase attack stack. 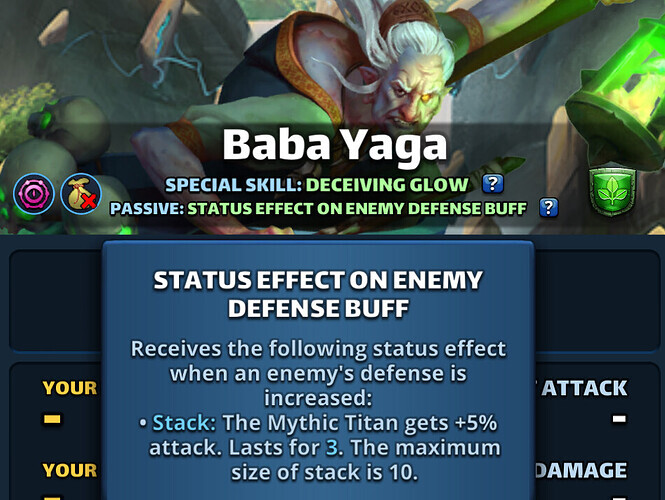 He also have little higher attack than Wilbur too.

Got him yesterday, but my card is called Eichbelborg, rather than Eichelborg. Was there a name change?

Huh. I think it’s just a typo on Guvnor’s part, as my brain doesn’t want to acknowledge that first b either.

He will replace Wilbur on titan attack since he is fast mana regen and will not trigger Baba Yaga’s increase attack stack.

He also have little higher attack than Wilbur too.

And there we go! I was struggling to find a use for the guy. Now he has one. Cheers

I think he is also good for 4* tournament too as fast lower def since highest base defense enemy is usually tank.

My card says Eichbelborg (not Eichelborg)… i like him… fast def down hero. And just like the others, can give multiple opponents def down (needs to have exact def rating) like on wave hoardes. Combo-ing him with falcon and boldtusk.

Plus if you’re looking to take out a tank, a single target defence drop is more attractive to pair up with snipers than spirit link…

And then of course you start looking at who you might put together in this theoretical attack team.

Given speeds and the potential negative side effect of spirit link to snipers, I think it’s fair to say I’d rather team Scarlett, Lance or Kelile up with Eichbelborg whereas Sumle, Colen or Rokkamush with Wilbur.

Am I the only one to find his special animation really fun ? It seems to come from a cartoon, specially its sound.

Another good thing to note with this hero: If all enemies have the same defense base, they will all get defense down. Works well for Tavern of Legends

Seems like he could be a better option than Gormek for the early stages of Challenge Events where there is just one boss plus 2 mobs.

Who is better for Titans? Eichbelborg or Wilbur? 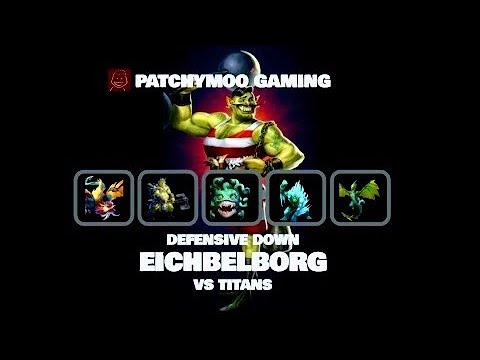 (Yes, it is spelt EichBELborg)

Please let me know what you think

I just got this guy, i have a few others to level first but I will definitely do him - but no emblems for him