Haven’t found a topic specifically for this. Here I’ll show, that it doesn’t work well together. 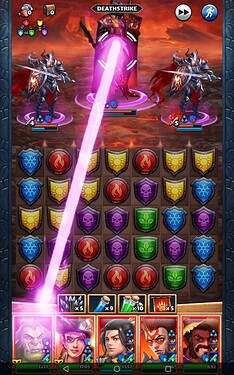 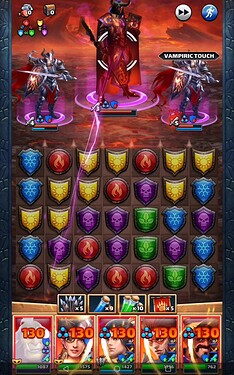 Sadly that’s wrong. Dark lord hits Boldtusk without riposte. The damage is shared and the right 3 heroes with riposte also get damaged. But the Dark lord doesn’t suffer any damage. 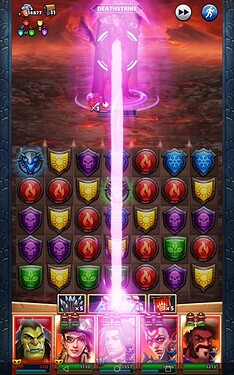 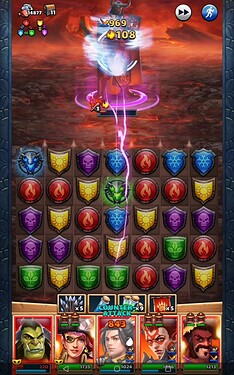 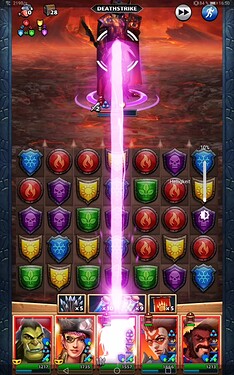 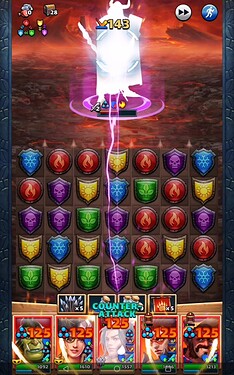 With spirit link active he hits the same target for only 125 Hp (total 625 that’s less than the total 843 because of the def + from wilbur) and he only receives 143Hp damage through riposte. That’s exactly only the damage he directly deals to the target he hits, but it ignores the damage the other 2 heroes with riposte receive. 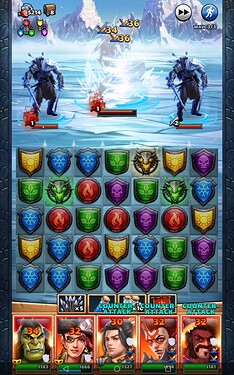 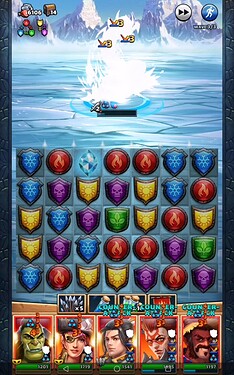 Yeah surprised there is not a topic on this. I use this offensively as a way to mitigate riposte for teams with Elena, Sif, ferant, etc. Using Wilbur in my red stack allows one additional way besides dispel to combat the riposte.

Yes, this works great for buff booster tournament. There are a lot of riposte heroes on defense and you can render them nearly useless with wilbur if you don’t get the dispeller charged. And you get some buffs yourself too (only little drawback, spirit link also counts as buff for the enemy)

I’m testing Wilbur in combo with Elena, Ferant and Isrod and I’m trying to understand whether the divided damage should be counter attacked or not

Ex. Wilbur and Ferant used their skill and the enemy hit someone that doesn’t have Ferant counter but Wilbur spread the damage upon all allies so the heroes with counter attack receive the damage but don’t counter

It’s very impotent in case of Isrod who charges himself and nearby allies when he counter attacks.

Any ideas if it should work like that or it’s wrong implementation of the skill?

this topic by @ferg should be helpful!

Haven’t found a topic specifically for this. Here I’ll show, that it doesn’t work well together. Here some common misconceptions: If a target without riposte is hit, but you have spirit link active, the attacker will still get damage through the shared damage on the heroes with riposte. [Screenshot_20220902_164955_org.videolan.vlc][Screenshot_20220902_164949_org.videolan.vlc] Sadly that’s wrong. Dark lord hits Boldtusk without riposte. The damage is shared and the right 3 heroes with ripos…

Ok I read the topic but I haven’t saw where it’s declared by the developers that this is the correct way it should work, or no one thought about it when they released newer heroes such as Ferant and Isrod
(what interests me is the 2nd part of the counter skill)

Well, it was reported a few times as a bug. Devs didn’t care about it, and that’s as much confirmation that it works how it should as you’ll ever get from them…