Is Cyprian Worth Leveling?

Friends I got cybrian now ? Does she worth to level ? 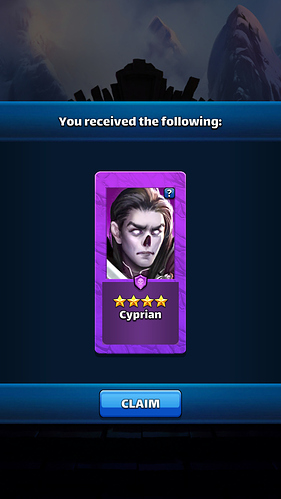 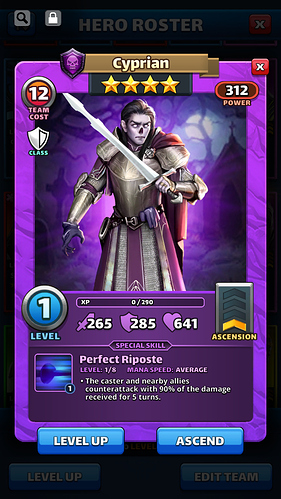 Anyway, probably the best riposter in the game, can be pretty handy in gold and platinum defenses. With low defense and high HP, the riposte damage is improved

The answer needs to consider where you’re up to in the game. How many 4* heroes do you have? How many levelled? I didn’t pull cyprian for a while and have never got around to levelling as I am probably past his (or her) period of greatest utility

If you are a few months in, cyprian definitely worth it I reckon 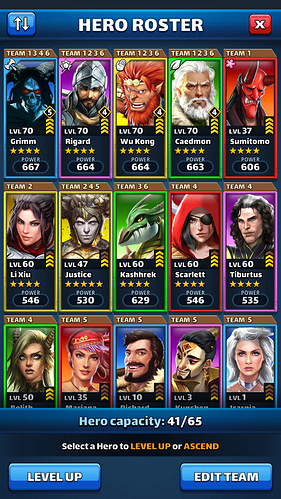 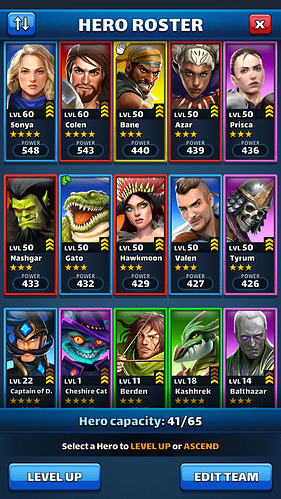 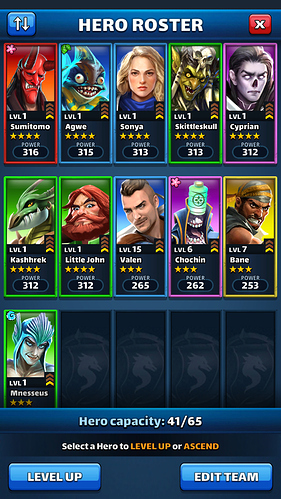 I’d level Cheshire before him. But, he might be worth it to use in class quests

Cyprian is ok, but you have better heroes. If you have the mats, finish Tib (never enough of ramming pulverizers). Then maybe Kunchen to 3/70 before Cyp.

That said, you’re pretty limited on purple in your current roster, and I know @Zephyr1 raids with Boril on offense to great effect. Perhaps he can chime in…

Cyprian shines on the map against bosses and in raids against the ones, who hit all. They simply commit mass suicide by firing. He defeated most of the bosses in Season 2 hard for me and he killed uncountable Justices, Quintuses, Horghalls, Isarnias etc. in raids as well.

He’s absolutely worth leveling and even more now, since his special has been buffed in V20 dealing 125% counterstrike damage now instead of 115%.

Defense, where the lack of a yellow dispeller really hurts. That said, Cyprian isn’t exceptionally sturdy for average mana, and is unlikely to survive as tank long enough to activate at mid Platinum or above.

Yes, riposte can be good on defense…for a while.

My early defense for a long time used both Cyprian and Boril together.

Riposte is effective on defense until you get around mid-Gold, and most people have at least one well-leveled dispeller. I also had few options with no 4* healers or fast snipers to choose from for a long time.

I learned to make do with what I had.

Riposte is much better on offense.

I wrote about this before:

Boril v/s Captain of Diamonds - whom to level

Why I use Boril every day

Context: I raid in high Platinum to low Diamond (2250-2600 cups), and open nearly all of my chests in Diamond now.

But the Defense Teams I face are chock-full of 5* heroes. Including plenty HOTM.

For every red tank, Boril is definitely in my blue stack.

Obviously his attack isn’t why — it’s because Perfect Riposte on Offense is killer, especially against AoE hitters.

And he can prove useful with target + nearby hitters or even snipers too.

Paired with Grimm and Sonya or Triton (depending whether any of the heroes have buffs), along with Proteus and (usually) Rigard, he’s part of an effective killing team.

So I’d suggest considering Boril not for Defense — but Offense.

Only update to that: I just tonight used Boril on my team for my last 4 raids in a row that led me to a new high of 2754 cups and #83 rank worldwide.

Thanks all for your advices

I think he’s worth leveling at your stage in the game. Riposte is sort of a weird ability later on though. It doesn’t really do much. Like IF you can charge your special, and then get hit it MIGHT do enough damage to kill the enemy who’s killing you and may or may not dispel buffs while it’s killing you. 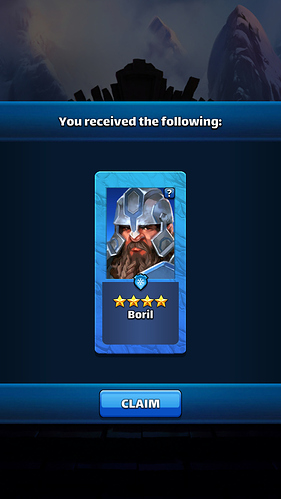 I got this one also now , same skill . What about him ?

That’s funny. I got Boril 4 days ago and Cyprian today with Wu in between. My T13 is really paying off. Went 20 pulls without a 4* and then 3 in a row!

Second, yes, he is worth leveling up.

He got me through Morlovia Halloween event, and he is helpful in purple titans, givin him and his sides now 125% riposte.

He is not the hero you will take everywhere, but certainly he has his moments.

He is not the hero you will take everywhere

You’re right. Didn’t take him to supermarket this morning and he also has to stay in my phone, when I’m at work…

Sure looks like a girl to me. Long hair, chest sticks out a bit, wearing a skirt.

And Sabina is her boyfriend?

Its an armour Kilt, the height of fashion back in the day seemingly

Any heroes with riposte is good especially against a ramming pulverizer like Gormek and Tibs. I have fought against both many times long before I pull a debuffer in Caedmon or Sabina.
Both are good in gold and platinum arena.
Definately worth maxing out.
125% damage on v20 help big time too!