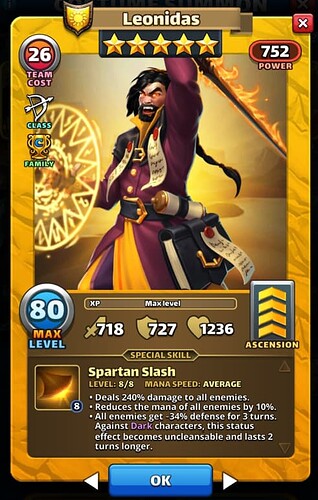 There appear to be no changes to Costumed Leonidas from last-seen Beta stats, skill, and design.

What do you think of Costumed Leonidas ?

This thread is for thoughts and discussion on Costumed Leonidas.

Based on preferences Forum members have expressed, please try to stick mainly to Costumed Leonidas and not wander off topic too much to other heroes.

2 Likes
HeroPlan.io - Tool for tracking your profile's progress, sharing it & to Plan your Hero Use for Class Trials, Challenge Events, Wars, Tavern of Legends Titans AND MORE!
PlayForFun December 22, 2022, 4:37pm #2

Is Costumed Leonidas worth Summoning For?

How many copies of Costumed Leonidas would be useful to keep & Level?

What do you think Costumed Leonidas’s Primary Purpose is?

What do you think of Costumed Leonidas compared to other Heroes?

What do you think which version of Leonidas is better ?

Is Costumed Leonidas worth giving Monk Emblems to the original hero?

In Defence, where do you think Costumed Leonidas is best used?

How do you think Costumed Leonidas is best used?

What do you think is Costumed Leonidas worth Limit Breaking ?

If you would emblem Costumed Leonidas then which Emblem Path would you select ? 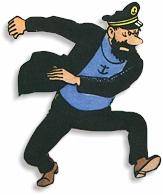 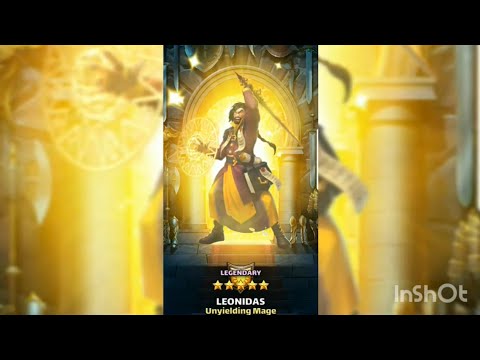 He is a mage yet is ranger, they screwed up his class?

It was brought to my attention that I missed the add the other old costume for which version is better question.
So I have adjusted that poll. and previous results for that poll are became hidden.
Sorry for missing that at the first place.

Thanks, but that standard question is a bit broad and lacking in context anyway. IMO c1 is obviously geared for offensive use and titans, and not particularly good on defense (maybe no purples tournaments), but c2 looks to be solid on both offense and defense regardless.

I just pulled him! I already had the original for awhile and I have enough emblemed to near max him. All three have potential and are definitely useful in different situations. As far as versatility goes, I think he is pretty solid. The 2nd costume is great for titans, as yellow is somewhat my weakest. The mana reduction is one of those situational tactics as 10% doesnt seem like alot especially higher level raids mana gain is ridiculous. Happy to have him, hope to make some use of him. I dont expect to see him everywhere like some other heroes

So is it worth having 2 of them? Maybe in defence or…?

I already had regular Leonidas, thinking about levelling up the 1st costume for titans and possibly a 2nd for my Defence team

this is my first ever C2 costume. Not sure about him. I already have a great yellow lineup. He’d be fun to use on defense paired with Jade…but I could use Neith as well. So…maybe I’ll raise him since the max C2 seems to be decent enough stats.

I have a little problem. Leo is monk but Which class path am I supposed to lay the emblems to… Am I supposed to emble like the Ranger with Monk’s path~? Will someone help me please… I would really appreciate it…

Wow~~ Thank you so much!!
How kind of you Beautifulhand~:pray:

It will be really helpful.
And do you happen to have more information about embleming the second costume Ranger Leonidas? I’m really struggling to work with it myself.

When you use c1 Leo for your titan, you’ll change his c2 costume on defense if you don’t remember to change it back…

The good news is that costume 1 and costume 2 have similar path so you can choose any of them and go on. I was so happy when I saw that because I did not know which one costume to choose

Imo, 2nd costume is better and more useful overall. First costume only I’m some setups in war and for titans so, the way to go would be to take 2nd costume path which is similar to 1st costume