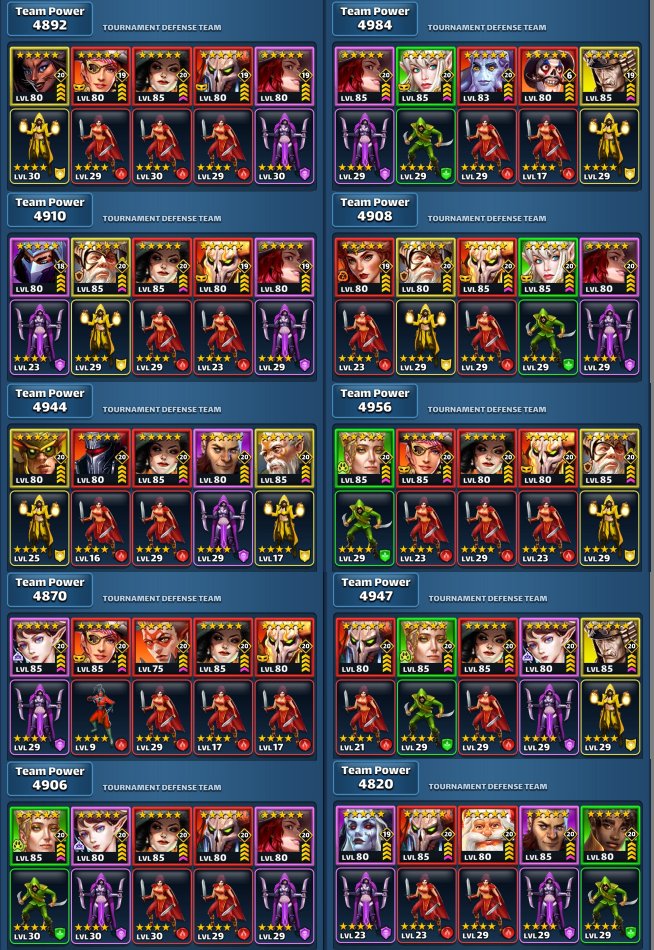 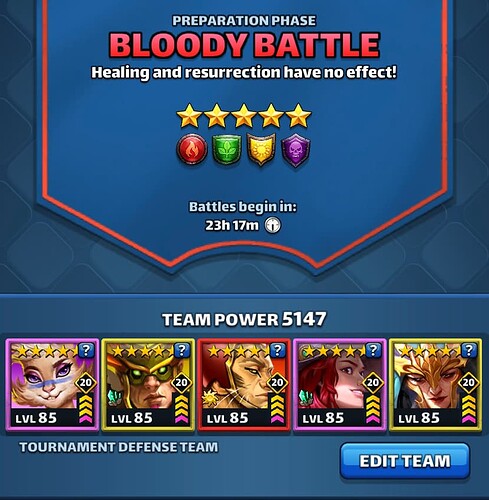 Doubting to put in Ferant / cBK

Black Knight vs cBlack Knight at tank. Or maybe put him at flank and put cGravemaker in the middle…?

I’m going to try out Ilmarinen, wish it was rush though 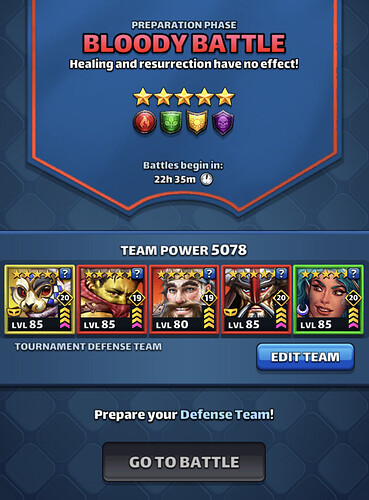 I am putting my cBK as flank, and Elizabeth as a tank.

Any feedback is welcome, but I’m thinking about this…I also have Elizabeth 20+ and LB 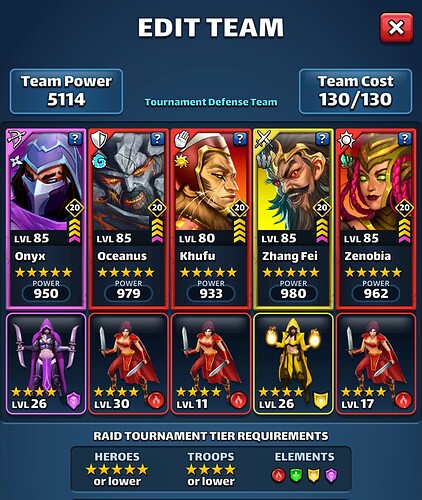 I would put Liz as Flank (or tank) and Zhang as wing. I’m no expert though

I struggle most with setting up for Bloody Battle, especially at 5* level.

Can never decide for example if LotL’s minions annoyance factor make up for the lack of healing part of her skill.

I think I’m going with this: 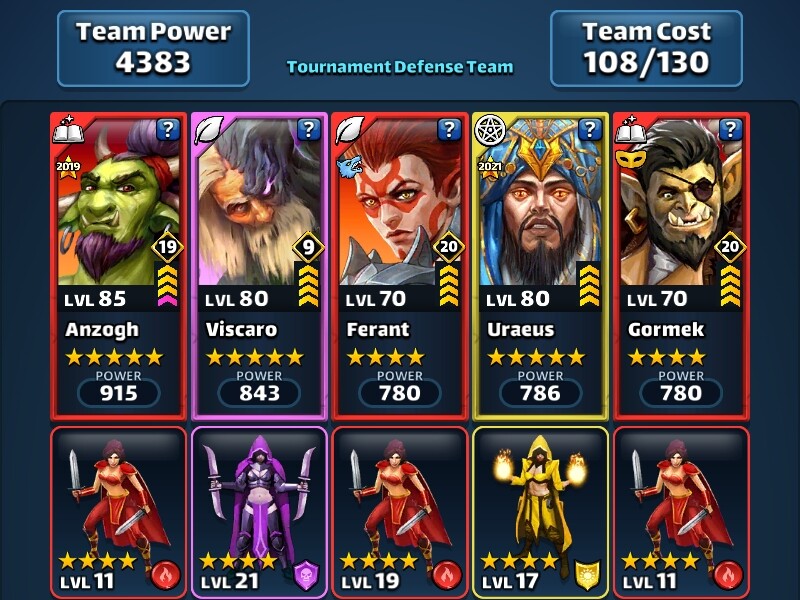 The thinking behind it is Ferant can slow a team down if it’s not a good starting board. Which should let Viscaro fire, allowing sand damage from Uraeus. Gormek is on the right so that doesn’t interfere with Uraeus anti minion effect, plus getting rid of meat shields.

Anzogh is mainly there as another sturdy red. Other option there is JF

I have so few of the ‘good’ heroes for this. thinking about just going with this:

Although i have Moreau and Zekena i could also sub in.

I’m a little torn. I do have Liz and fiends are nasty here, but speed kills so I think I’d prefer to go speedy first. These are my two lines of thought. I do have Khepri and Liz tho who I was excited to try this bloody battle 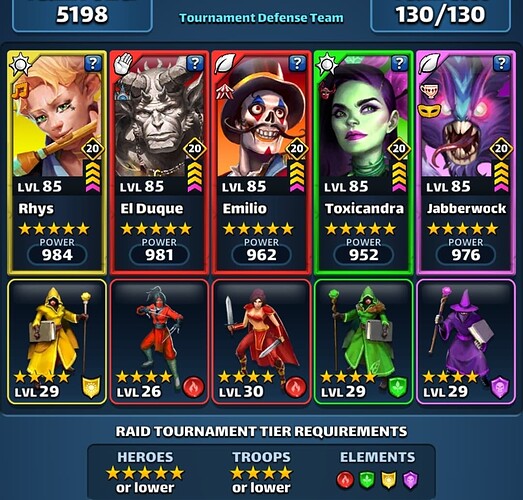 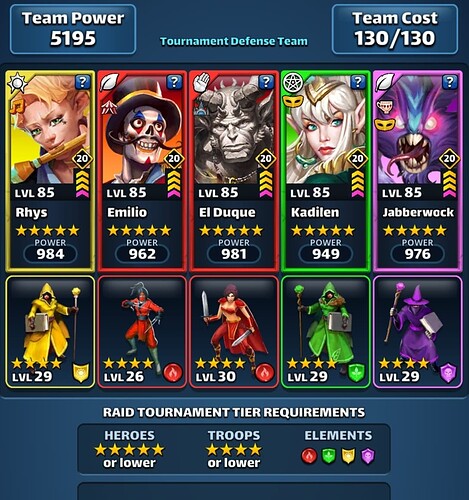 One last option that’s on my mind 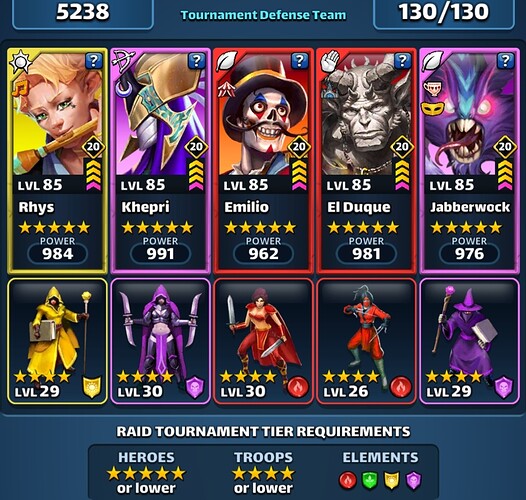 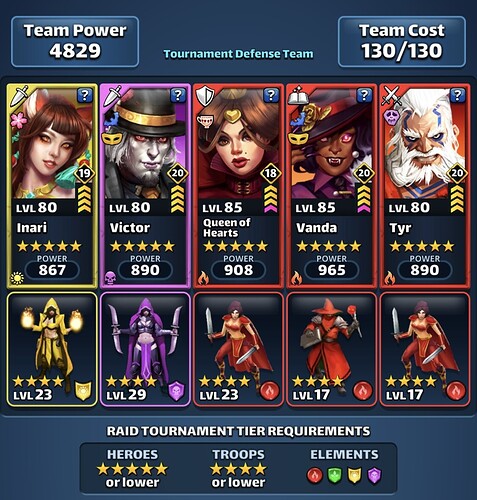 I expect I’ll be running a lot of mono dark this week on offense. I’m not expecting great things.

Not sure how I feel about this team, I’m still considering swapping Ludwig in for Ferant. But this is what I’m going with unless I change my mind.

This will likely be a painful and short week. 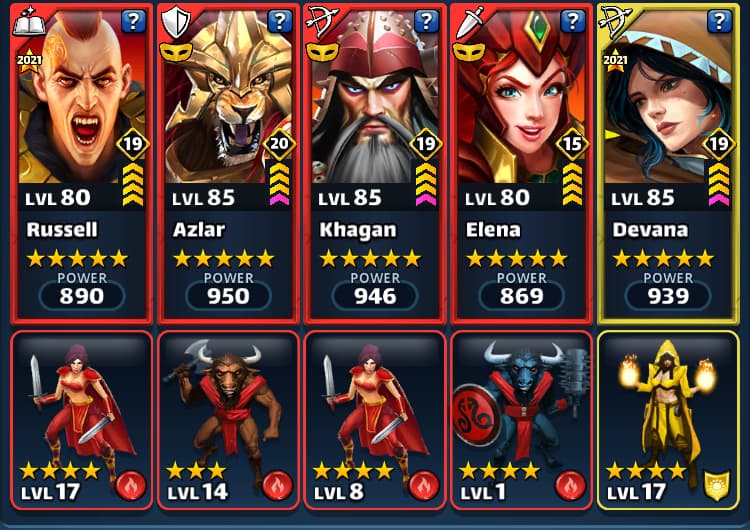 At the last minute I subbed in Freya for Marjana. Figured the beefy minions would be better than the snipe. 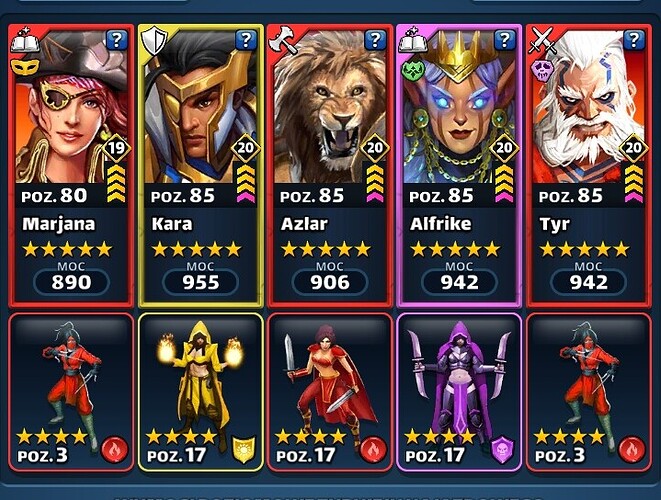 My defence
(I should have switched Zenobia + Zimkithia, but oh well) 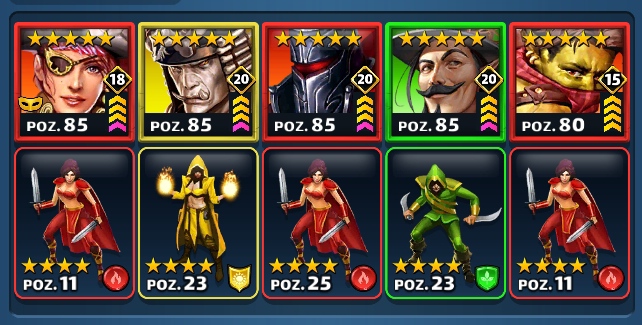 I tried to play mono yellow (Mist, Jackal, Griffin, Joon, Kara), but BK fired twice before I charged my Mist. Joon and Kara couldn’t fire even once