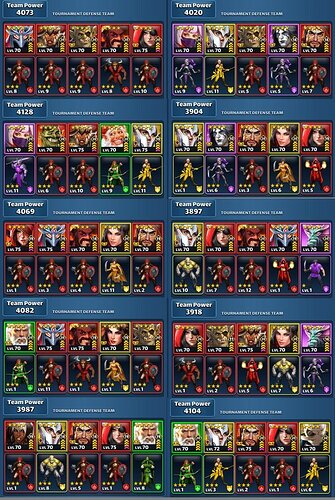 Also, cleansing is not considered healing, right? Trying to figure out how not to be burned to death all week by Colen.

Well, don’t have Ferant, and offensively it looks like Ametrine will be my best friend, again.

Something like this will have to do the job: 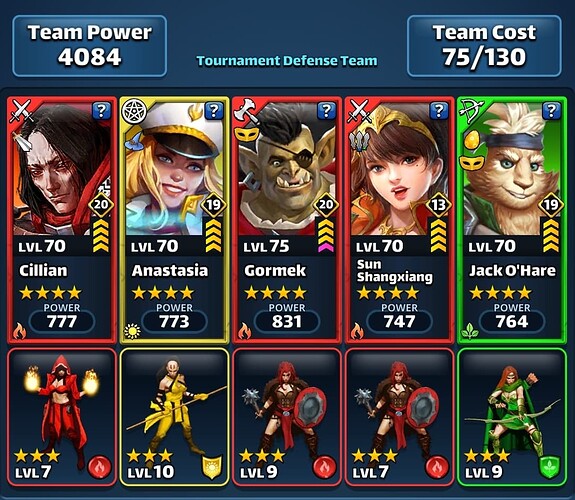 I will go with this defense 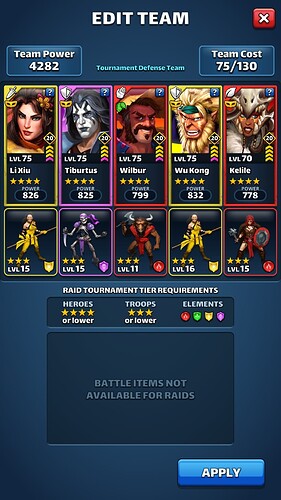 I was thinking this? Maybe Marcel for more circus family bonus, and to draw more red stacks? But then switch with? Maybe Kelile as she’s not broken? She has a nasty burn though… that will surprise some people and force for both dispell and cleanse.

Best of luck to you all

How do you guys plan to counter him

If you lack them, maybe custume-melendor, Sabina (with custome if I had it) or ametrine. Griffin will bypass with his special, also making him an option (but charging will be harder with the manacut)

Oh, very good thinking, thank you! I wasn´t sure if it would feel like a waste having to bring those healers to the fight in a Bloody Battle, but I missed the part about Griffin, that´s excellent

Yes, healers miss an important part of their special, but sometimes the dispell (or cleanse in case of rigard) and defense-up / buff block / attackup is enough to take them anyways.

I’m torn between Colen costume or Wilbur. Curious what everyone thinks.

Sadly I’m all out of food at the moment to add emblems, That wing Caedmon up there in the previous top defenses is interesting, I guess that’s in case of Wilber on offense (and now, also Ferant). so I guess I’ll go with this? 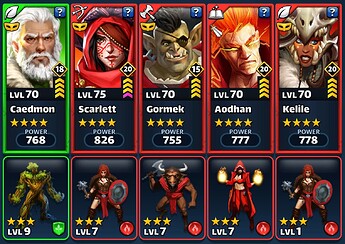 I have no Ferant or Wilbur. I have a highly emblemed cTibs, Li Xiu, or Griffin i could switch in, maybe in place of Aodhan? I also have Mist, Lb but only 7- and only +9 at the moment, and like i said, all out of food to do anything about that.

i’d love to know if you think any of those listed are better options than this.

Lose in the first attack against x3 blue diamond

. The main thing that I have to fight are those blue diamond not enemy team

. The board is awfully bad. Even enemy team only about 4000 team power, I can only kill tank right before all my heroes die. Almost 0

Other board are ok. Still face no Ferant.

Same as my offense start with lose

Boards were not great, but also not so terrible. However, it looks like I couldn’t kill all those lb heros fast enough - I lack fire power apparently.

They refused to die, fired back and destroyed me. 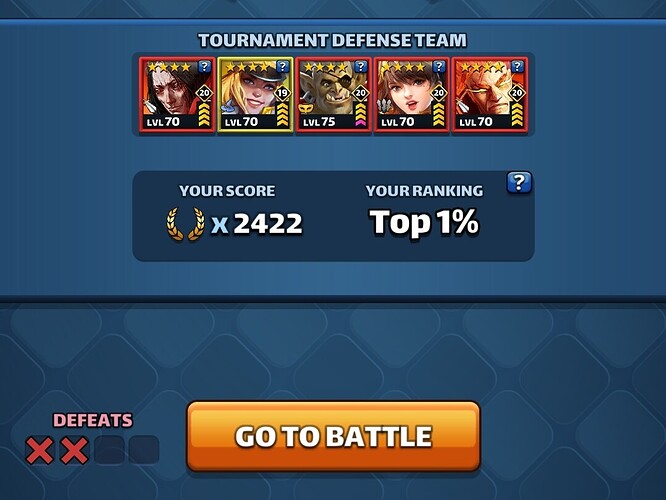 1st day 5-0 thanks to the efforts of Anastasia keeping my team alive.

Caedmon is now up to suicide missions to take down Ferrant when under counterattack if the yellow squad isn’t the one to charge first, hopefully between his own druid minion, Anastasia and Buddy he can still hope to return alive.

The Mist+Griffin couple are still the MVPs, taking down heroes like no tomorrow.

Faced a Ferant tank in the first match and worried that it was an omen for what was to come. Went with the Holy trio of Mist - Anastasia - Griffin in the middle with Caedmon and Ametrine as the dispelling wingers. Didn’t get enough Yellow tiles to kill Ferant but Ametrine managed to dispel him and could safely kill him with tiles before he fired a 2nd time. Kept the same team in the 2nd match against a Mack tank.

Thankfully no more riposters after that and boards were above average so cruised through the next 3 matches with Anton replacing Ametrine for the Magic family bonus. It helped that the teams had healers in them. The last match was against a 4392 TP team with a cKashhrek tank flanked by Tiburtuses and double cBoldtusk wings. Would have been screwed if it was a buff booster

Defense has started 2-0 so nothing to complain about so far. But it’s early and Bloody Battle is unforgiving on bad boards 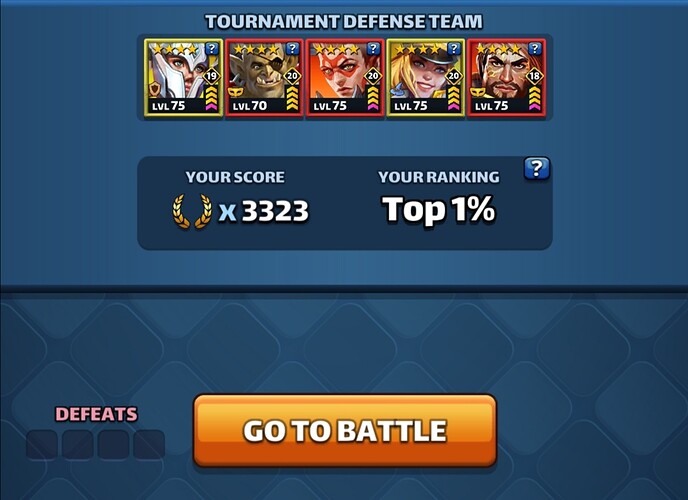 faced what looked like a bunch of autofills to start today, no Ferants, lots of healers on various teams. except this one, lost to this not so terribly scary looking (at first) team:

took out Mack right away, and I brought a bunch of reds but couldn’t get any red tiles under Marcel until he fired and demolished my team. he killed 3 of my team in one hit (they had been softened up a bit by Fura), and then cColen and Griffin took out the other two pretty shortly thereafter. at least it wasn’t a zero, i got 3 of 5.

D hit just once but a win. no feedback, so just went with what i posted above, and i remembered to put Scarlett back in her costume before the cutoff, yay!

good luck on day 2 everyone! i know Ferants will be aplenty this week, but watch out for that clown!