There must be people (either now or soonish) that have 4* heroes that are fully emblemed. Last 2 emblems cost 110, so it may take some time. I myself got Hansel, Jackal and Wilbur at 18. Will take me a month, maybe 2 to get to 20.

Here’s your stage to celebrate your newborn 20 emblems 4*.

Mainly fully emblemed her as I don’t have any other 4* or 5* who’s in sorcerer class and even close to being max levelled.

I have Boldtusk, Grimm, and Caedmon at +18. Almost there… 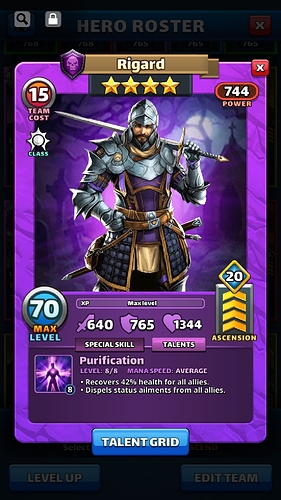 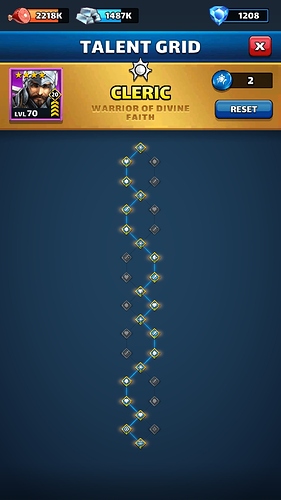 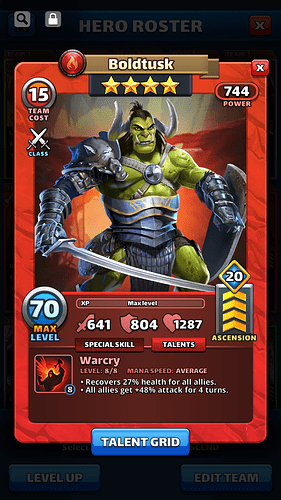 I use Boldtusk daily, in fact I am leveling up another Boldtusk

The one and only TheChef. Missed having you on the Stronghold over the weekend. You, thatdad and killa are the ishhhhh.

Thanks bud. I would’ve been there, but I had family stuff to attend. I’m sure we’ll do another one some day.

Not maxed but close. The 20th lvl for BT is worthless anyway. 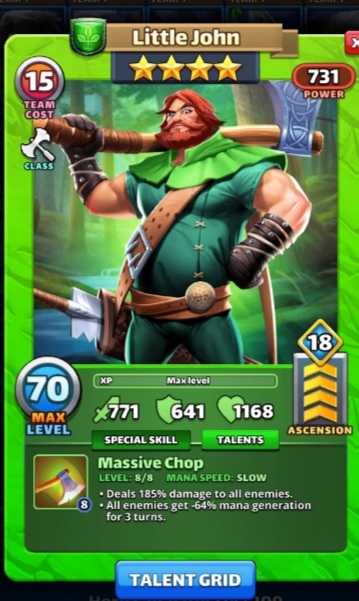 I’ll keep it to just my maxed ones but have another 7 4* close behind. Brief summary of them, detailed discussion in drop downs: Am I happy with them? Absolutely, I wanted to focus on some useful 4* heroes not just for tournaments but also as they essentially become budget 5* heroes without having to spend 4* AMs on them. 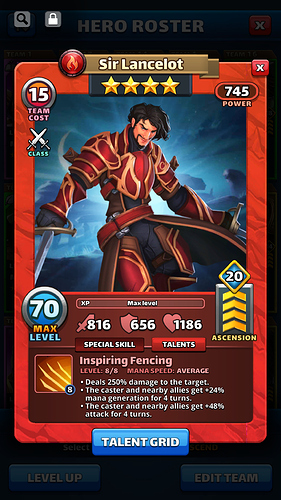 Wizard: Merlin - Stats on card below + 2% Mana and Critical Bonuses not shown. 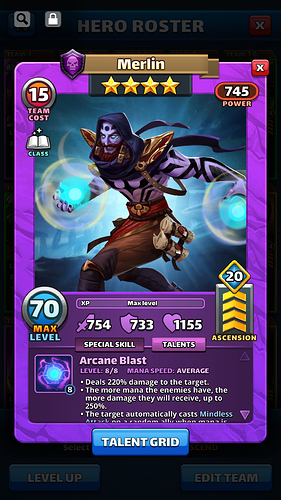 Druid: Melendor - Stats on card below + 4% Mana Bonus not shown. 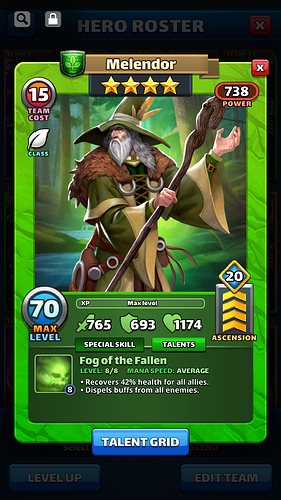 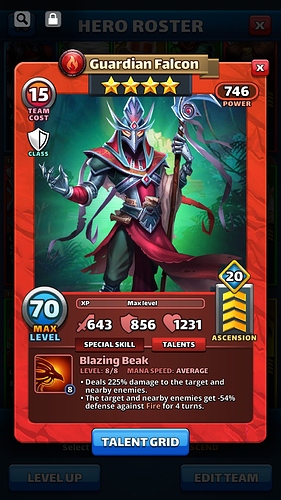 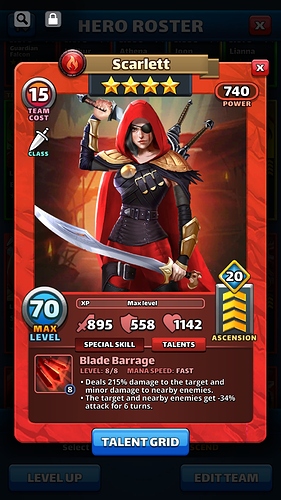 Falcon is the only one with his specific debuff. So unless similar 5 appears in near future, I seriously doubt you’ll regret your choice. I have him too (not fully emblemed, one third there), and he is awesome.

I’ve been stopping at 18 on my 4s. Those that have added the last 2 levels, do you find it worth it? It seems like a lot of emblems for very little improvement.

I straight up had no idea you could zoom out on your tree. 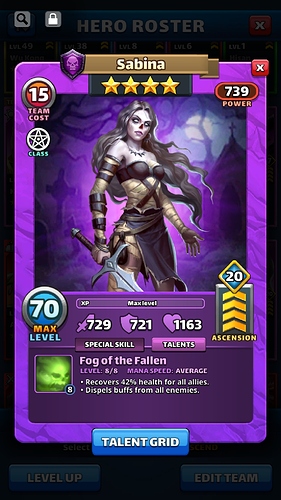 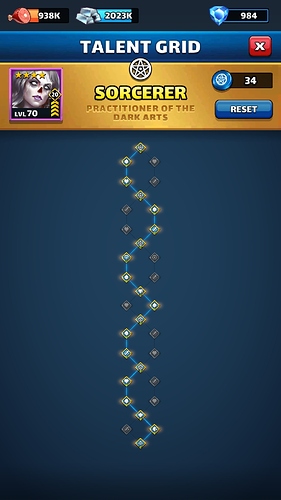 I debated attack or defence and went with defence, I’m going defence on all my healer / utility heroes though the attack was tempting for titans etc

Since I use both of mine for events (both epic and legendary), it is worth it for the 2% crit boost alone. Might be a bit of a niche effect overall, but definitely a game changer for me. If I didn’t do events, I would probably stop at 18 in most cases though. 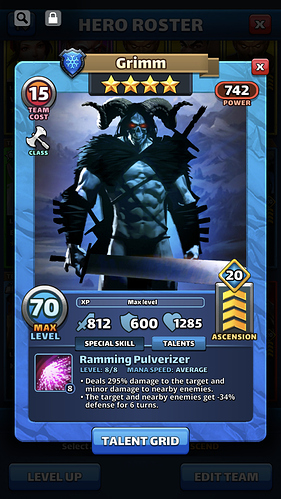 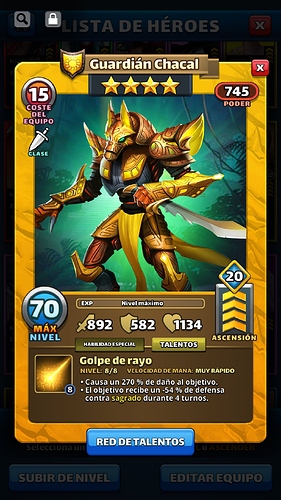 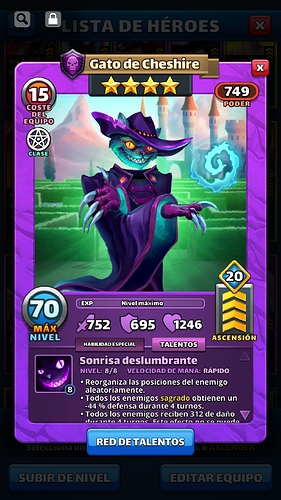 She looks even more beautiful than before. 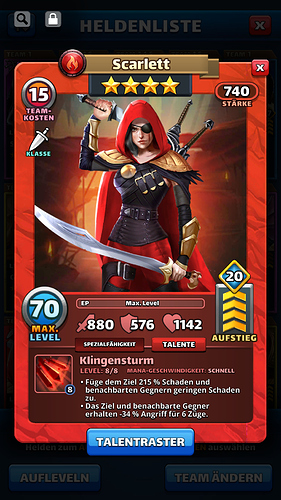