This thread is for discussing strategy related to Morax, as well as your thoughts on Morax. 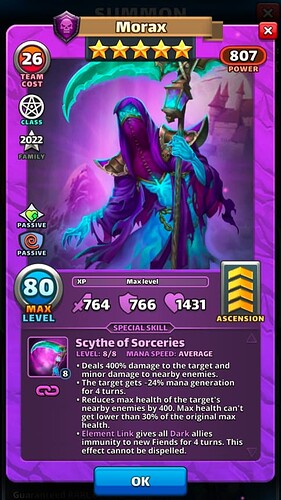 There appear to be no changes to Morax from last-seen Beta stats, skill, and design.

What do you think of Morax ?

This thread is for thoughts and discussion on Morax.

Based on preferences Forum members have expressed, please try to stick mainly to Morax and not wander off topic too much to other heroes.

*NOTE: Summon Results posted without any commentary/feedback at all should be flagged as Off Topic and removed, based on preferences expressed by the Forum community. Please include some comments about what you think of Morax when posting Summon Results. In addition to opinions about Morax, you are also encouraged to include how many Summons it took before receiving Morax (or how many Summons you’ve done without receiving Morax), so other players are presented with realistic experiences of the rarity of HOTM.

7 Likes
HeroPlan.io - Tool for tracking your profile's progress, sharing it & to Plan your Hero Use for Class Trials, Challenge Events, Wars, Tavern of Legends Titans AND MORE!
:hugs: Hero of the Month Families
PlayForFun October 30, 2022, 1:13pm #2

Is Morax worth Summoning For?

How many copies of Morax would be useful to keep & Level?

What do you think Morax’s Primary Purpose is?

What do you think of Morax compared to other Heroes?

How does Morax’s Special Skill and Intended Purpose match Morax’s Base Stats?

Is Morax worth giving Sorcerer Emblems to?

In Defence, where do you think Morax is best used?

How do you think Morax is best used?

What do you think is Morax worth Limit Breaking ?

If you would emblem Morax then which Emblem Path would you select ?

Insane difference already there not mention other stuff. Hotm become more and more like something mediocre/bad for the poor unfortunately, not liking the way this is going at all.

Surely and thats more of a problem Tetisheri (and other paywall heroes) is OP. This hotm however should at least give mana -24 generation to nearby also. 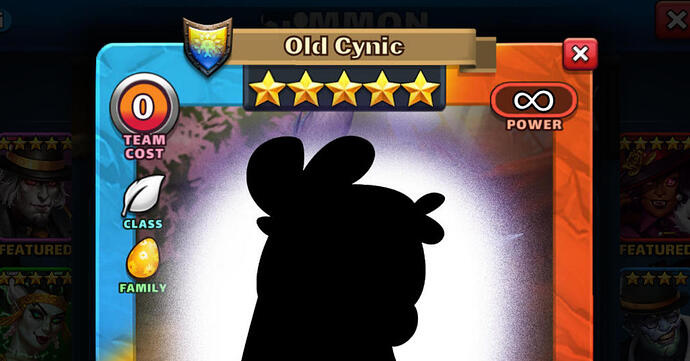 Morax is Empires and Puzzles' November 2022 Hero Of The Month (HotM), and with a little luck and strategy, he has the potential to cause a whole heap of damage. Morax's Stats and Special Skills

So many healers boost health nowadays that these max health reducers feel quite pointless. Mana from the passive could be a lot higher to compensate and to make decisions tougher when deciding what healer to bring against Morax.

I’m not understanding the hate for him…When I read his special, I would be excited to pull him!

I agree that he isn’t a top tier hero, but definitely useful. Then again, I use a number of heroes thought to be useful by a majority of those on the forum! 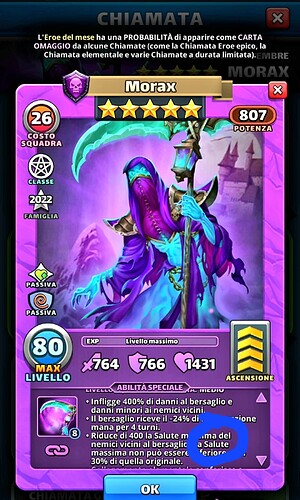 Don’t get the hate either. He deals around 2200 damage across 3 targets without any defdown. He checks the 9 tile Gate, has a useful manaslow, gains Mana against Rhys and M&M and has immunity to the moon passive. He has one of the best elemental-links in the game and gains afamily bonus next year.

I got him.
Pros:
-I have excess sorcerer emblems.
-I consider max mana reduction a good skill from my experience with Alfrike.
-Health incresase is everywhere now, si he might be rather fast in some situations.
Cons:
-I only have 7 tabbards, if I level him and get another better purple in the next half year or so, it will be annoying (stupid Arfanias).
-He doesn’t seem that impressive overall. Levelling a new hero that might not even make it to war feels sad. Of course he’ll se action in Wo3K, CoE and such.

Thx, I have asked Staff to check it.

I just get it and for me looks just fine because I play with no money on the second account and don’t have too many Hero 5*. So I’m happy

Comparing a new HotM to a newly released & very strong season 5 hero is a fools errand. They will never be on par, plain and simple. Now an argument comparing Tetisheri with another season 5 hero like Sekhmet is valid and worth debating. As for the rest of your post this isn’t a new dynamic, it’s pretty much always been this way. Only in a few very rare instances (Telluria, Seshat) has a new HoTM been on par with other top heroes, while it’s true some of the more recent ones have closed that gap a little more than others (Tahir, Zagrog) it’s still a well established fact of the game.

The only valid comparison of Morax would be to other recent HotMs, which is not something I am prepared to do. That said though at first glance he doesn’t seem too out of line with other recent HotM, and given all he does ie. damage, mana generation, max health reduction, fiend immunity, he could be a fun hero. It’s interesting to note in the skill wording that while he only gives a mana generation debuff to the target he also reduces the max health of only the adjacent heroes, but seemingly not the target. That’s a new one on me, one status ailment to the target and a different status ailment to the adjacents, but maybe I’m wrong.

I pulled him and am not upset about it.

Exactly my point. Gap is too wide between new shiny and hotm and it should not get wider. It makes harder for us poor to compete.

There should be comparisons to top heroes because they are the ones that set the bar. Most/Many of us will never have these heroes because of huge paywall however but imagine how bad it is already. P2W has been long out there and it is not stopping until we have heroes that kill all at very fast speed.

You have good points that most hotm arent top of the top and have not been in a long time. Thats what happened with Telluria and it should not happen again, however there other issues with GTV braking meta. Now the overall pool of heroes is much stronger.

Back to topic. I said Morax imo should be slighly better and I am worried about him and Balur being so weak. Not expecting them to be top but a bit more useful.

Im a big fan of niche heroes that dont have to be great at all aspects of game. For me if it does one thing properly it is good enough. However Morax does not fall into that category. I dont see him doing anything well. Is he supposed to be damage dealer? Well then, where is the proper damage…

I kinda want him. Arts much better than celadina.

Planta, lol! Same situation: i got only 1 Tabard and Morax, Freya and Senan waiting. My last major hero was Bastet and the 3 preceding her were all purple too…