I have Lady Loki at 3/70 but just pulled Baldur from the Valhalla portal this month. I’m waiting on 2 more rings, but wondering who gets them?

I’m looking for an offensive hero for raids/wars to counter Telly.

My other reds are Azlar, Santa, Marjana and Natalya.

My vote is Lady Loki, throwing the burn and water damage back at gtv would be very powerful I think

Lady Loki without question. Started testing Baldur today and so far I think I would prefer to max a duplicate of any other fire hero. L.Loki can be clutch against GTV defenses.

Cant vote strongly enough for l loki she is an absolute game changer against gtv or an ailment/dot heavy team. Will share videos later so show how effective she is

I don’t have Baldur, but I do have Lady Loki maxed and emblemed to +7.

The average speed is sometimes tricky (just as Mitsuko), but if you are able to have her ready before the enemy fires, it’s usually game over. She’s excellent against GTV as many already said, but let me tell you she COMPLETELY TRIVIALIZES JF-T-V. Sending Jean François’ dot back is something the enemy can’t recover from.

But against liannas, magnis, costumed sartanas and other pure damage heroes she’s useless. Without reversing ailments her special hits quite softly.

She’s awesome offensively for raids and wars, and maybe even on boss fights, but not great anywhere else.

Nevertheless a gamechanger for me. She’s awesome offensively for raids and wars, and maybe even on most boss fights, but not great anywhere else.

Titans?? She throws back ailment to 5 heroes

Agree with everything you have said.
I find myself actively seeking out GTV or variants and avoiding sniper or healer variants.
Playing her with Grazul overcomes her main weakness which is charge time. C Rig and Proteus in off-color is the safety net

Thanks everyone. Good to know!

Titans are 99% about tile damage… So she’s effectively a cleanser with decent stats at average mana.

In titan terms - Guardian Kong gives you basically the same special (cleanse at average) with higher attack and way lower defence (and a much less invasive special animation).

Depending on what else you have, you might run her there…

As with many season 3 heroes - not perfect everywhere, but damned useful for deeper benches.

Another vote for Lady Loki. Before I had her I searched for anything but GTV. Now I’m searching for them. Absolute beast against dot teams.

A couple of videos to show Lady Loki in action 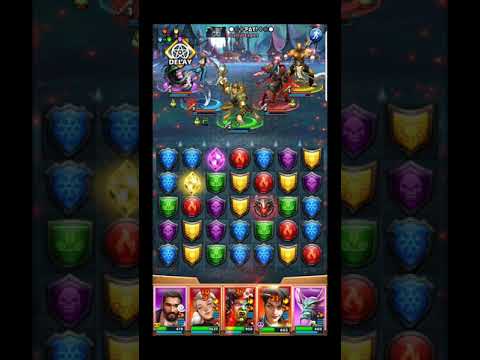 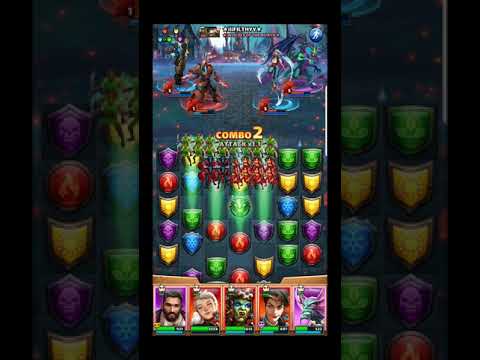