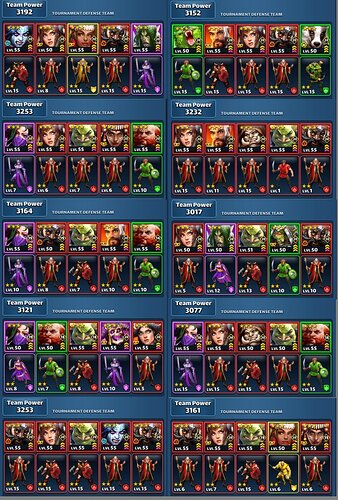 Treevil forest without either Gato or Helo… not nice at all.
May the yellow tiles be with us.

Just posted this in the Treevil thread, didn’t realize it was a 3* rush this week:

maybe i should try and power level the other four by tomorrow. 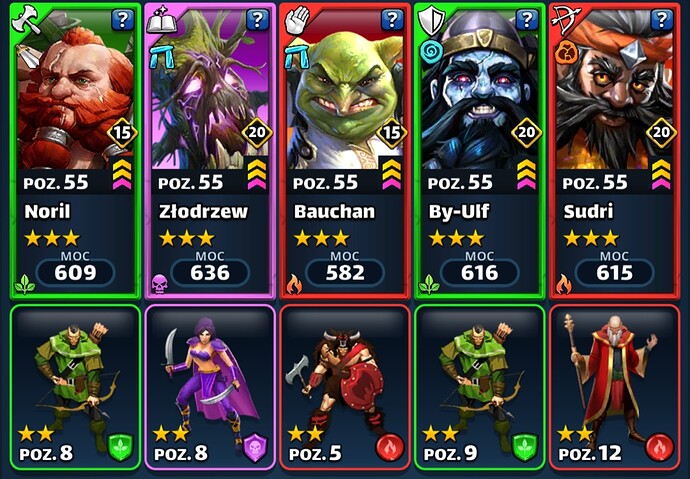 That’s kind of hilarious. I might have a play with that setup or similar today. I can use 4 of my poppies and the tree as tank. It will be slower but will only be stage play.

I might ditch the rat, move Jahangir to right flank, and add C-Oberon to right wing instead. 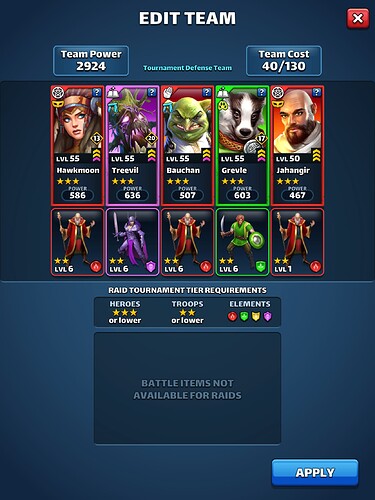 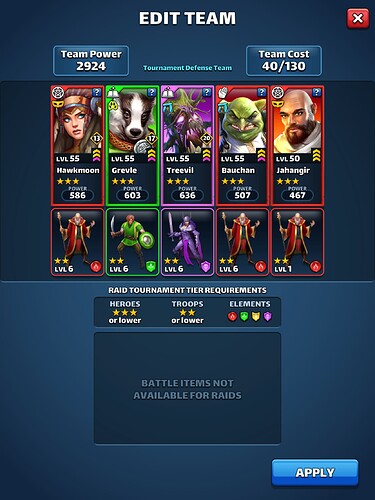 I know there will be a lot of Reds around, but am thinking these two Greens in wing will be generating a lot of mana for me… 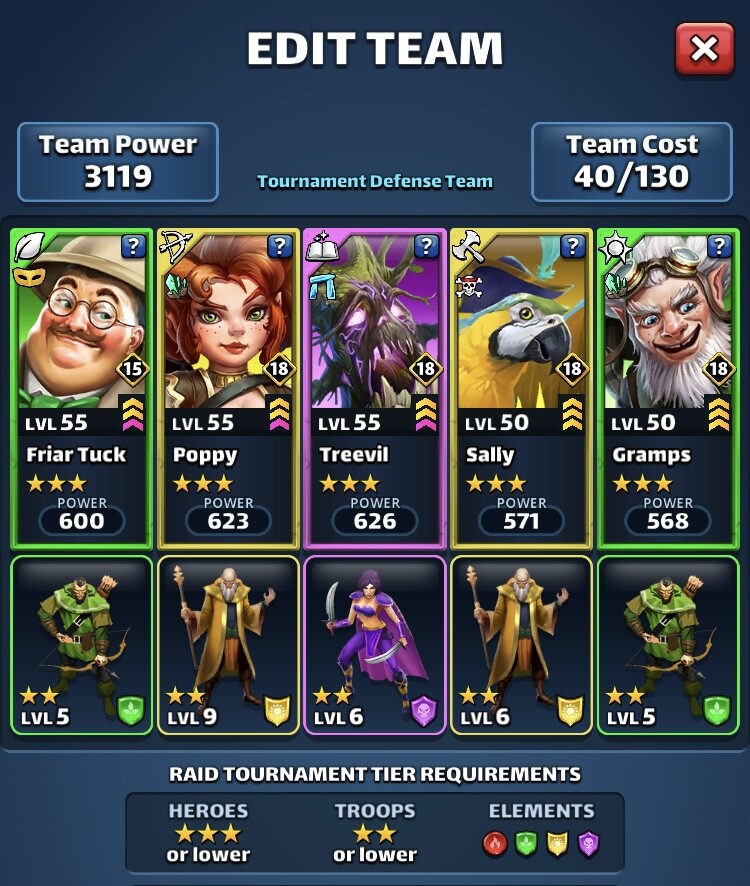 I think the slayers on the wings should be OK even with no blue but does anyone know how the slayer mana and mana buff will work in rush?

Hah, right? I was just thinking that. Wildly strong 3 * when he is a first choice for a tank in a tournament, where the counter colour is in fact allowed.

Bear in mind, I´m really not the best with these defenses - I keep overthinking my own, and we all know the biggest opponent is the board of our opponent itself more than anything else.

Clever thinking with Tyrum in his costume - I think we all will fear, when Treevil’s debuffs hits us in this tournament!

I would use the second as Grevle can boost the attack or the 3 other heroes after itself.

I will use Grevle as second hero too. 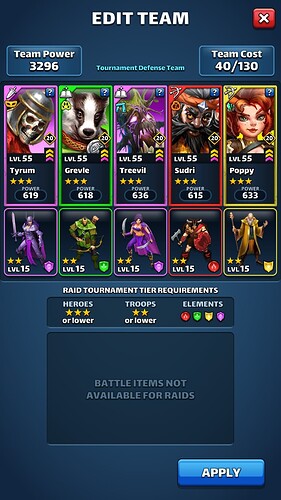 I will go with this defense. I hope everyone like it 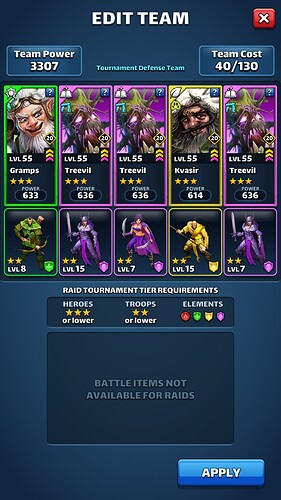 Thanks.
Now I wonder whether I should use Hawkmoon too or put Mave in her place.

You don’t need mana, it’s a rush tournament. Everyone is already fast 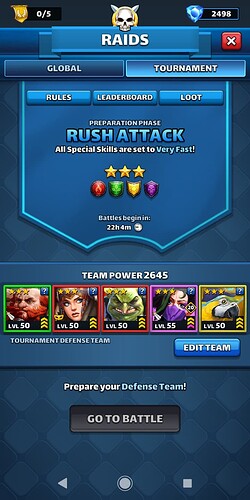 Yet to lose a 3* rush defence. Let’s see how it gets on this time 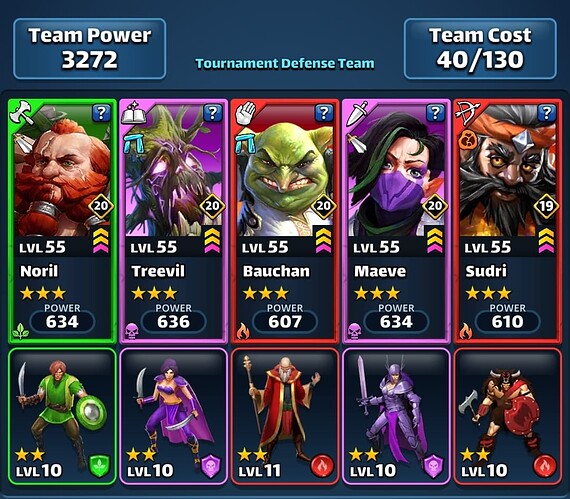 Me, going against the mainstream, being a hipster practically. I refuse to put the OP tree at tank position.