Should I go mana and defense or health and attack? Note that my only 4* holy troop is crit, not mana.

Health/attack. 2% mana won’t translate into shaving tiles, and with Sif increased defense actually helps your opponent in a way (but health is still good).

Ok thanks. That is what way I am leaning.

That’s my understanding at least, I’m not as good with this stuff as some on the forum are.

I think the extra 2% would cross another tile threshhold (which probably is why it’s there). What I read is that for an Average speed hero, like Sif, you shave off one tile at 12% and a second tile at 25%. So the extra 2% gets you from 24% to 26%, which could shave off another tile while Sif’s special is active. 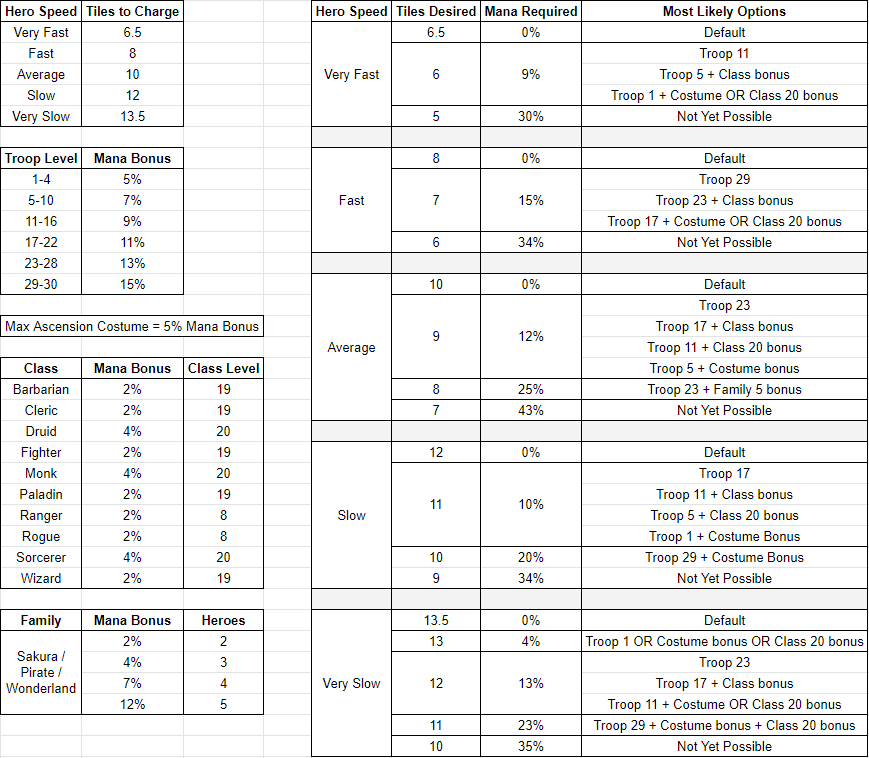 I am going Def > HP > Atk path, and Mana node, just because then you need only a Lv17 mana troop I think to bring Sif down to 9 tiles, which is a huge difference.

2% mana won’t translate into shaving tiles, and with Sif increased defense actually helps your opponent in a way (but health is still good).

This concerns me. I am thinking about an S-pattern, starting on the attack/health side.

This is exactly right.

I would still go for extra mana on the assumption that I would eventually have mana troops.

The gap in time and resources to go from level 17 to level 23 is huge AND becausehaving a hero go from Average to Functionally Fast makes a massive difference, especially in raids/war/tournaments (ie PvP arenas), I believe the mana node is worth the sacrifice.