Green & Yellow - which 5* hero should I ascend

I need your honest opinion and help. I’ve got enough material to ascend a green 5 star hero and a yellow 5 star hero. Could you tell me your opinions about the choices I have? That would be great. I’ve got a lot of luck with my training center on level 20 and on a ten-pull during the sand empire. So you’ll see my roster of 5 star heroes: 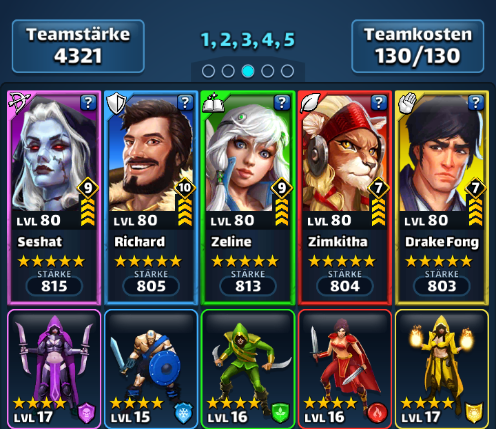 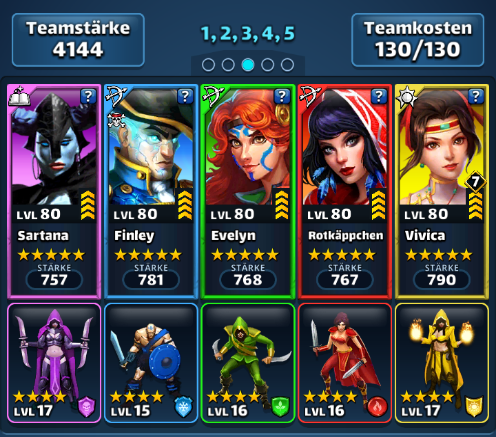 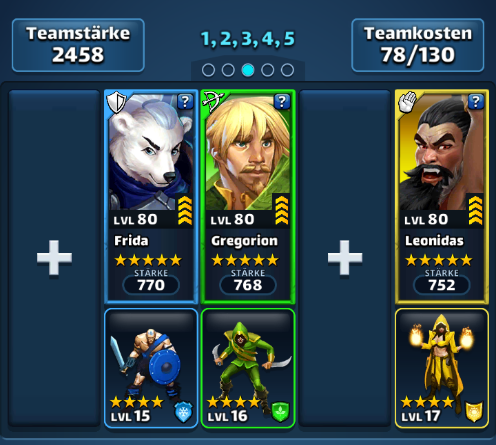 You can see that there are already three green and three yellow five stars. Because of my bag of ascension materials I am able to max one of each color, too.

Green ones I have: 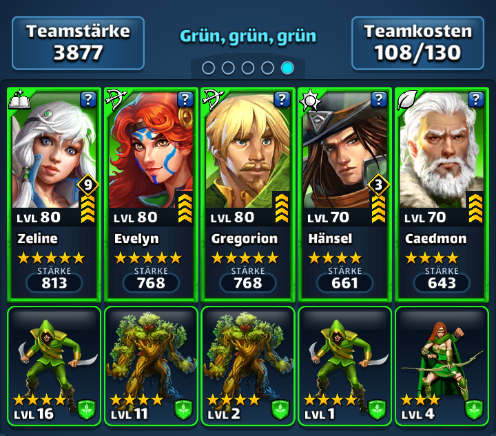 The choices in green are: 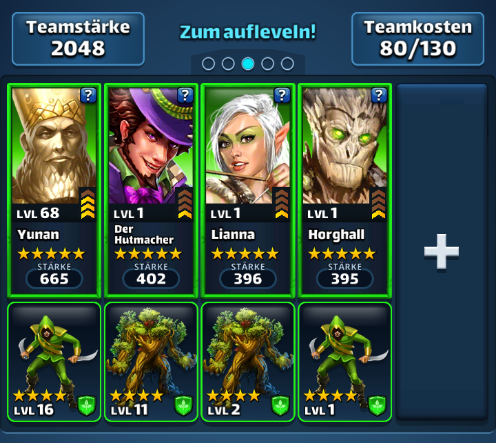 The yellow ones I have: 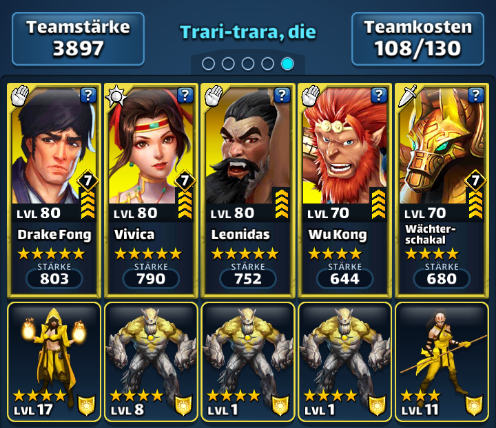 The choices in yellow are: 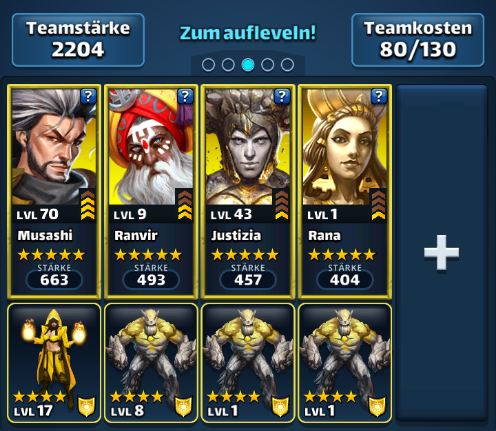 Thank you all. I just can not make a decision. I surely have got some favorites but I won’t tell them yet to listen to your opinions freely.

You don’t need Yunan / Rana as with your roster to keep you in diamond.

I thought that Wu is enough against titans, isn’t he?

Thanks for your good advices already.

That I have started to level these two (Musashi, Yunan) has nothing to say about.

I would say Liana for Green and “not Ranvir” for Yellow.

Lianna is a great sniper, she will get a good amount of use. I voted for her.

With Wu maxed, Ranvir is not very important. Rana, Justice, and Musashi all do diffrent things, and it depends on what you feel you need most. I voted for Justice because I like blinding foes a lot. Stopping heal is situational, and while a hit 3 with self-heal is solid, I think blind all is better.

My problem with Lianna is only her class type cause I have got so many maxed rangers as you can see above. (Seshat, Gregorion, Finley, Red Hood, Evelyn)

I’d go Lianna anyways, even if you’re drowning in Rangers.

Evelyn → Lianna is a killer combo, easy to set up and very reliable at killing the main target.

Even though you have Wu, Ranvir is fairly good upgrade. Don’t discount the element link defensive boost against purple when facing that color titan! I use a 3/70 Ranvir on purple and red titans (Tarlak is my main titan booster), and I will probably give Ranvir the darts and some emblems to make him more survivable on those two flavors of titan.

Titans are a daily source of AM rolls, so improving there is key to maintaining a good stream of AMs in the long run IMO.

I think Wu is enough cause I’ve got good debuffers and already enough success with the titans (highest damage was about 123.00) but I appreciate your comments. I will try Ranvir at 3/70 and will see what he can do. Thanks a lot, guys.

On the other hand, I’m still insecure about Lianna because I’ve got Evelyn and Zeline as a fabolous double attack team. And Yunan was quite good in several wars with his 3/70 at the moment. But I see that there are a lot of likes for Lianna. So, I’m trying her on 3/70, too. And then I will decide who to ascend.