I would pay to be able to have some sort of hero storage so I don’t have to scroll through all my hero’s that I don’t intend to level until a later time. Anyone with me on that? I have hero’s that I don’t want to sacrifice but I would like in time to level but hate seeing them and wasting a slot in my storage

You might want to move this to the ideas and features topic. It will get more views there and others have similar issues with the way they are stored. same was with how the heroes are displayed in the portal. They should have a way to look at just one color other than looking at the elemental summons since they aren’t constant. Plus like you said you want to save them but know you won’t use them. I don’t think they will go with this since that space is for sale from gems and that would cost them. I guess if you were willing like you say to pay for it they might but I am not sure. Maybe they could make a tab where you could see only the heroes you want to work on and move the others to a “storage tab”

You might want to move this to the ideas and features topic.

There are easy ways to combat this.

For me, I use team #1. That way the heroes I’m working on are RIGHT at the top. Then if you order your heroes by “Power” all your feeders will be together at the bottom.

SO, if you do those two things, theres no need to scroll thru your herores ever 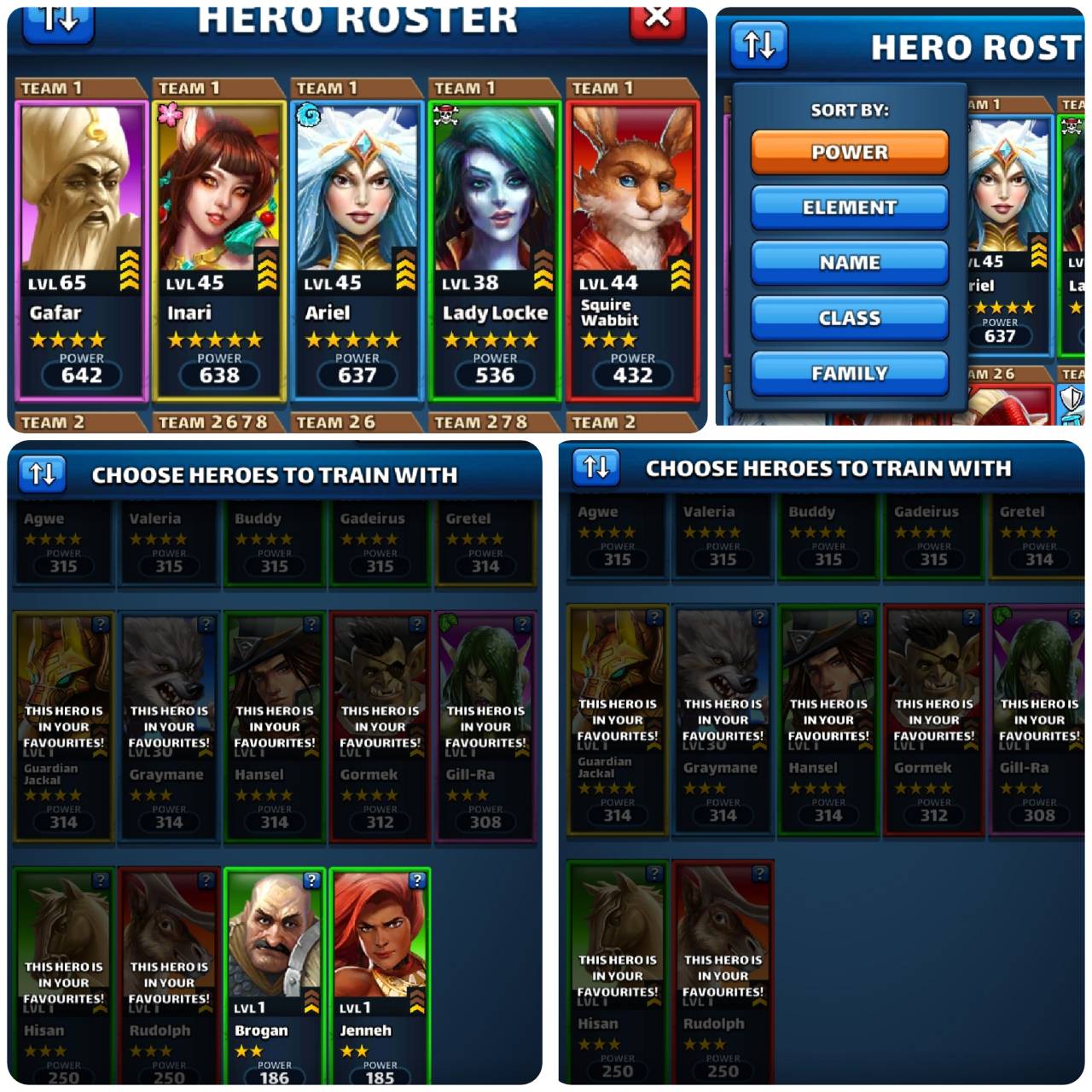 As for wasting a storage spot well… Thats the name of the game. Keep what you want/need and eat what you can’t/ don’t… Alternatively you can buy extra storage in the shop.

Instead of storage, how about the ability to hide heroes from view?

I think one of the biggest QoL they could do is overhaul the hero screen, which is what many of the previous posts were considering, obviously it’s years now and no fixes

The idea I came to post however is something to deal with base dupes until they come up with a real value solution.

I’d like to see a “Cold Storage” option to remove base duplicate heros from your main roster page for the main point of stopping them counting against your hero limit. This could be a goodwill gesture stopgap solution until they devise or release a real solution to get value for 5* dupes beyond just feeding them.

It seems foolish to feed them and for me they’re taking up 37 slots just the 5* dupes I’ll never level. I have 7 Vivicas. I have HA10 but that’s no solution if you’re turning one dupe into another dupe and personally I’m desperately starved for recruits so it’s not a viable choice for me now, but once my resources rebalance I’ll use it again. But it’s never going to meaningfully fix my imbalance in the roster.

So I’d love to hear thoughts on this idea and it seems both simple enough to implement and would really be a useful bone to throw at late game players to keep them happy, plus it may increase some players appetite to summon if they know they can pawn dupes until they’re needed for something.