latest change:
16 Feb 2019: overhauled all tables, made some speed optimisations; added all heroes up to and including Alice in Wonderland

With this table I’ve tried to answer questions like

and additionally you can

‘My Heroes’ sheet just need name + tier + level - everything else is (approximately, but decently) calculated

Table covers all heroes, from 1 to 5 star

For final conclusion which hero to level, or not to eat - you need to think about all heroes you have, how they work together, and spend time playing them, and I recommend to use all guides available here on the forum.

If someone has some good idea what else to add, or you notice errors, please let me know!

Good job guy!
I had already done some calculations of the same kind, but I did not have time to answer you on the other topic.
Have you corrected the damage of the special skills according to the loading time? I calculate on a basis of 5 turns for AVERAGE and corrects the others (VERY FAST 5/3, FAST 5/4, SLOW 5/6, VERY SLOW 5/7).
It’s empirical but it sticks pretty much to raid observations

Hm, no, but good question. I have more

Are you talking from off perspective or from def? Like, how worth is that special when you attack, or when you’re being attacked?

And how did you choose 5?

I think I’ve seen numbers that slow needs 12 tiles, average 10, and fast 8? If that’s correct, how that corresponds with your 5?

Table so far just shows how much is expected damage to do in one single turn / point of time when it happens - be it done to you or you do to someone else. It isn’t about predicting whole fight.

That’s why I said this is not ‘one single ultimate guide’, just some numbers to maybe help you a bit more.

For example, in life expectancy I just say how many times from full to zero one type of hit can be sustained. Of course you can be hit with several specials and tiles of different strength (strong color, critical) and you won’t last to the next turn

But health points aren’t enough or def percentage itself to deduct which hero is more tanky… Your formula says it better, it’s just that I think it’s easier to compare ‘how long can you hit me’, than ‘how much damage each turn can I get from you’ - I mean, who cares, we want to know when you die and if you die in 3 hits, and your friend in 6, I’ll be more inclined to level your friend

I think like you, it is not a question of predicting a fight but of fixing bases of comparison.
For accurate calculations of my stats, I got different values for defender attacks and special skills. But there is too little data to be sure that the calculation is really different.
To compare heroes, the exact results are not useful. So I only use two calculations:
100x(Att/Def)^1.35 for special skills
30x(Att/Def)^1.35 for tiles
Then, the 5 turns as a base for special skills: the number of turns for a defender to charge a special skill in raid without being hit by tiles. It is still a basis of comparison and it corresponds to the calculation in number of tiles (5/4=10/8 and 5/6=10/12).
This correction is essential to reflect the real effectiveness of skills.

Thanks. I will add that somehow. I think knowing how big exact damage is is also important, but I definitely see your point.

Now I see that you’re mentioning new numbers - in your original work you said it’s 78 for special skills, and 101 when you’re defending and 26 for tiles. Did you change something?

I’ve did something about that special skills in attack, but I must say that so far I’m not impressed with the results because they left me a bit confused… like, it’s not that you’ll make higher damage if you have faster hero, and that’s what it basically shows now on the first glance, and I don’t like the data where you need to think too much about it

And I think I need to reduce some numbers, it’s becoming crowded

Now you can compare any unleveled hero with any other I hope giving advice now will be much much easier, especially about def.

From now on, if I expect some major downtime, I’ll announce it here.

Added ‘Dmg per tier’ sheet, so you don’t need to download the table to compare 4/5 stars per tier and maxed 3 stars.

Now that I really had the time to look at this, do you think it’s possible for you to replicate (possibly with @Anchor 's help) the hero ratings for 3-star ones? I think that’s one of the most important things for 3-star challenges, for example. If I can help somehow, please let me know but I’m still studying the basics of the game, so I don’t know how exactly I could do it.

No. I have no clue how letters are assigned, nor what all of the categories mean exactly

so even I want that, I couldn’t. And I don’t want it, that’s his product and he’s the owner

That’s why I started this, because I understand numbers and sorting them. And also, for tile damage, I rely more on mine, because here I can see number, and not just some possible category.

To all watching: new heroes are in.

How do you rate Drake Lee Fong?

So far I don’t rate heroes, I just calculate the numbers, and I’ve put Drake in the table so you can compare the numbers. Letter rating is just copy/pasted from Anchors.

However, judging by the numbers, he’s doing average tile damage, he’s a bit tanky (same as Gravemaker), has stronger special hit than Gravemaker without DoT, but to me, it looks like Gravemaker…

Looking from the tile damage perspective, I think 5 stars are low - because it’s so hard to get them to tier 4, so we should compare 5 star 3.70 with 4 star 4.70 (because that’s the similar investment), and in that battle, maxed 4 stars lead for a long time IMO.

So, it depends what else you have, what mats you have, you know, the general stuff. I’m biased, I’m generally not impressed by 5 stars

Don’t eat them if you get them, bring him to 2.60 and then wait a bit until you see who you really want - that’s my usual strategy

I mean, use them in the battles, wars and so on, and see how you like them. Hero who doesn’t make you happy, won’t be used even if maxed, if some other have something you like better.

So far I value -def the highest, and debuff/dispell or whatever it’s called when you remove the opponent’s buffs, but you know, I’m medium firepower player, and this works for me for now. Maybe top 1000 players have different needs based on the opponent they meet in raids and war.

@BarryWuzHere and others who want to include the data in their copies to have it up to date without checking this all the time / copying it etc: 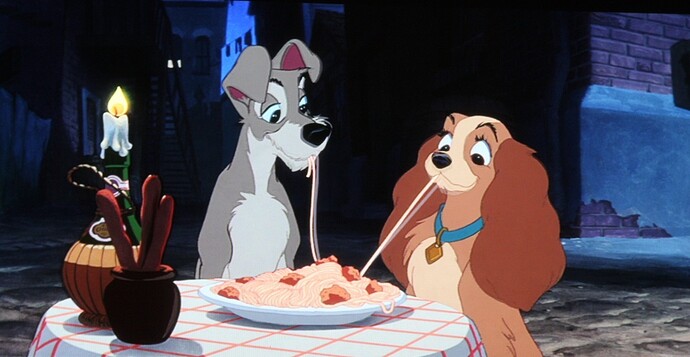 Import One Spreadsheet Into Another In Google Drive [VIDEO]

Learn how to import live data from one Google Spreadsheet into another using the IMPORTRANGE function in Google Drive.

I just tested this and this works smoothly

This is without the header row (and helping one), A2:AN should be if you want the header row as well, however, I didn’t test how filtering then works, and I like filters

Also, you have to adjust in your copy data > named ranges > ‘MaxHeroNames’ and put to a2:a200 or how ever much you have rows there now
And ‘MaxHeroStats’ to a2:an200 (or whatever) - so that calculations and so on include new heroes when they come

It should work for everyone, because it’s publicly accessible file, however, let me know if it doesn’t.