3* Atlantis heroes; worth it?

I pulled these Atlantis heroes: 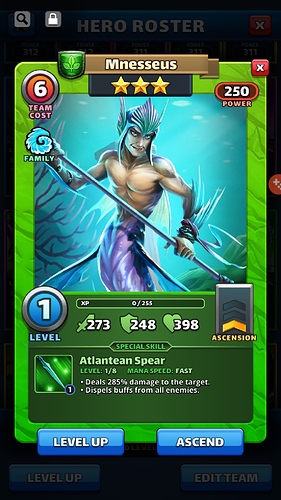 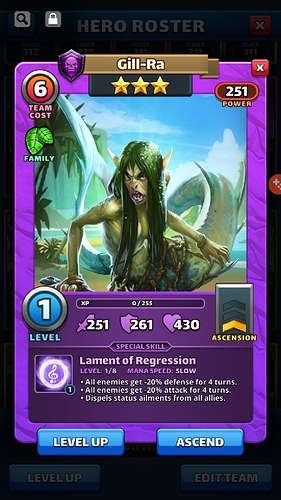 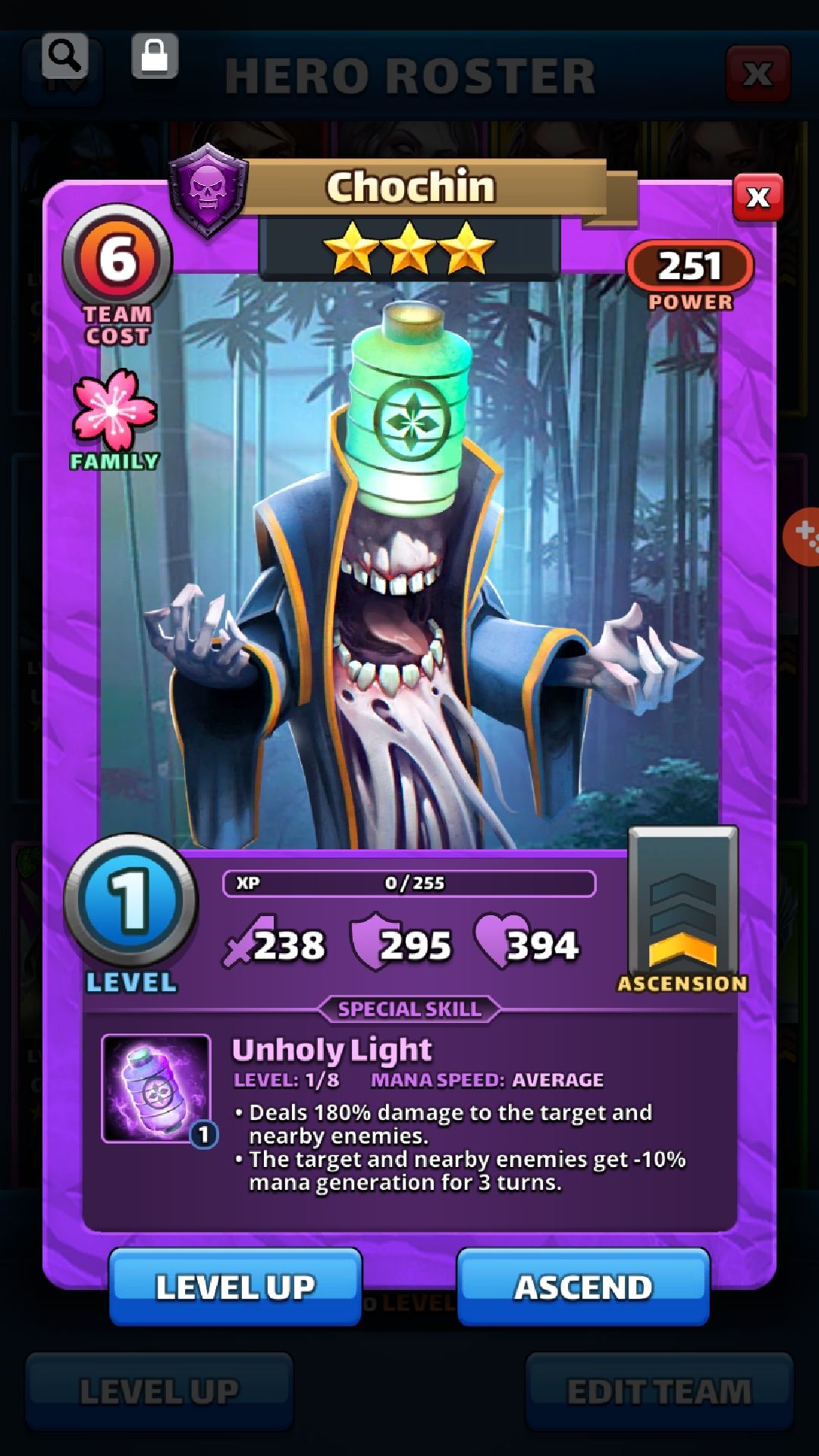 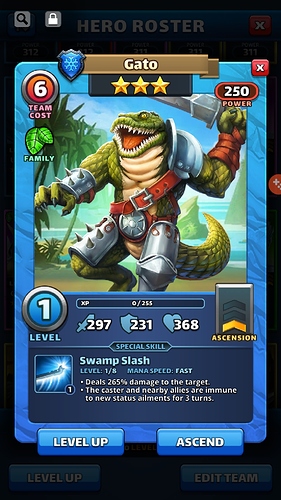 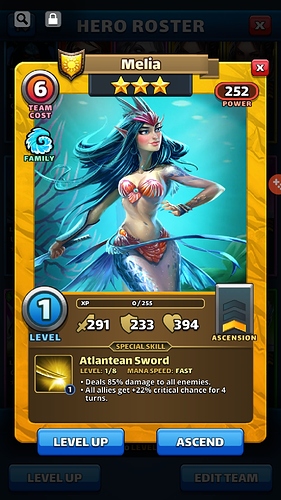 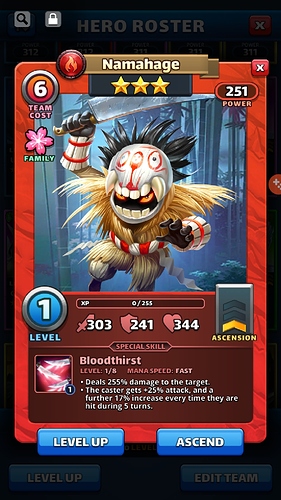 Which 3* Atlantis heroes are worth ascending in general in your opinion?

I have maxed Melia and she’s worth it. Gives nice critical boost.

Melia is excellent. So is Mnesseus.

Depending on the rest of your roster, Chochin and Namahage could both have a place, too.

I’ve got one, but I haven’t leveled him up or really played against him. He seems like a fairly straight-forward hitter. The ailment-blocking bonus isn’t bad, but I don’t know as though it’ll really be all that important in the 3* world.

The rest of my 3* roster consists of all the necessary regular heroes.

I also have a few 4* and 5* now but I wondered which 3* Atlantis heroes could replace the regular 3* for events.

Thank you for all your fast replies!

for beginner players they sure worth al lot. In my case , if feed them directly to my 4* and 5* heroes.

I would view them as additions to your current 3* roster to help in events when you want to double up.

Of your current 3*s, you’d probably be keeping Belith in almost all of your groups because of her healing, so I’d only worry about Mnesseus when doubling Green, although he is a good one.

I think that Namahage could find a spot and Melia. Bane is great, but if you already have some snipers in Valen and Balthazar, Melia could help bring up your whole team.

So I wouldn’t get rid of anyone you currently have, but I’d mix a few of the Atlantis 3*'s into the mix.

Love gill-ra and namahage! Pulled 2 namahage and have been trying him out flanking friar tuck for events. The family power gives extra mana generation. Fun to play with!

Gato was pretty good for me in the last event. I would recommend leveling him if you want to stack blues for the events. He really earned his keep on the last levels with the status blocking.

My vote for Gato. Good in event bosses when spells fly all over the screen

Muggy you mean? he’s great, but use him in offense, because you got to control the specials when using more than one muggy.

@TomV93 Oh my gosh yes they all are! I have a +20 Mnesseus and I take him where I need him. Chochin is good to have because of mana control in rare difficulty challenge events.

Gill-Ra is MVP in 3 star rush attack tourneys where dark is allowed. Everyone forgets about her team cleanse aside from her attack and defense down. I also have her at +20 and oh, boy she is a very tanky girl when emblemed down the defense/health path.

Melia pairs extremely well with Brienne because of the increased attack and the critical increase. AND when your team gets hit due to the Berserker’s Fury attack will be increased as they are hit. You will end up nuking the board if the criticals time in at the right time.

Gato is another good one and one of three heroes that I know of off the top of my head that prevent future ailments. Very good for pairing with Danzaburo as the ailment protects against Danza’s snowflake.

In closing, ascend and emblem all of them. Here is what Mnesseus looks like with +20 stats going the full attack path: 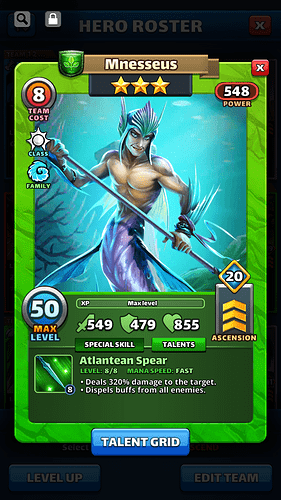 Here is Gill-Ra at +20 full defense and health path: 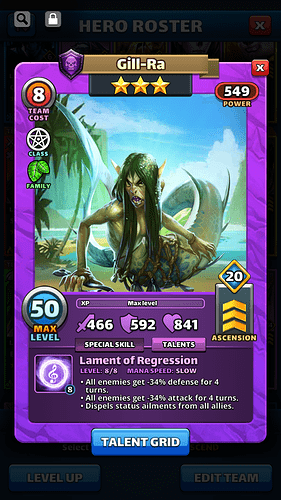