Which blue and green 5 to level 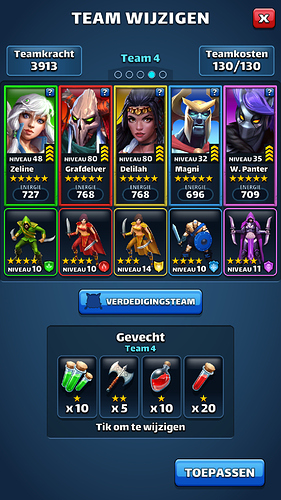 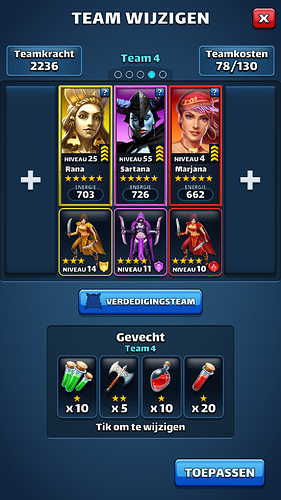 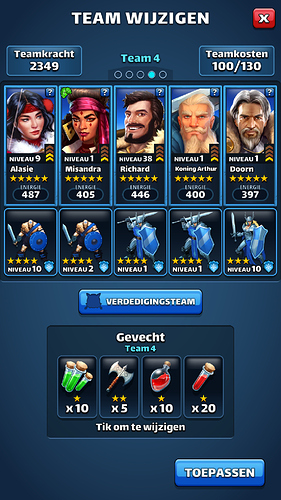 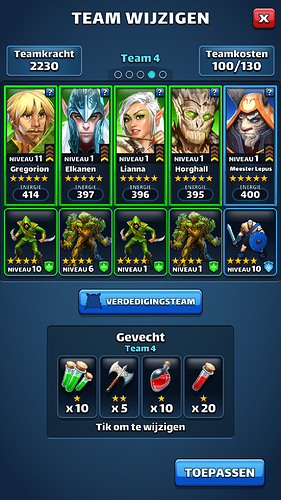 I’m thinking of Alasie and Greg. I am in diamond and want to stay there. I do war and titans. I’m absolutely not considering master Lepus, but Arthur and Misandra for blue and Horghall are doubts with me. Anyone advice in this?

My vote would be for Arthur, great for titans, you already have a fast single hitter in Magni so don’t need Alasie as much. Greg would also be my choice for Green as well, also great for titans and decent for raid attack. I feel for Raid defense all your current heroes make a great defense already you really just need to max them out.

I’d second the Arthur recommendation, especially if you have Wilbur. Last war I fired Wilbur, hit a target with Arthur, then followed up with my fast blue sniper, Alasie in my case. The enemy team just evaporated on the spot.
With a fast sniper already, a color debuff is a good pick for the next hero to work on.

Arthur and lianna. Arthur is average but fantastic in defense and against titans.

Green i would go with lianna, because she is fast.

Greg at average mana is disappointing. I drew my Lianna after my Greg was already ascended, or she would have gotten the tonics.

DISCLAIMER: I also have Ares, so greg’s crit buff isn’t unique on my bench.

Can someone explane to me why King Arthur is better than Alasie? I’ve read this more. As I look into stats from 7dd’s hero list they are both good at titans and raids both A. And Alasie has an A for defence too. So looking at figures I would say Alasie, so why King Arthur over her? Just guts feeling?

Because you already have Magni so Alesie loses the edge. Without Magni then yes, Alesie is the better option IMO. But since you have a strong sniper in Magni, Alesie doesn’t give you anything new. Arthur on the other hand brings a different talent to the table that is great for certain scenarios, such as Titans and raids.

2 blue snipers seems fine although of course Arthur is great too. And for green I’d say Lianna personally.

Alasie and Magni both fill the fast sniper role. They’re both very, very good at it. But they’re also very much alike. Aside from wars there’s not a huge amount of reason to level both at once. Desirable, oh my yes, but it’s not a gamechanging benefit to have two over one the way it is when you level the first one.
Arthur is slower but has the very useful blue color debuff, and hits like a truck. Pair him with either Alasie or Magni fire Arthur first then your sniper at the same target, and watch things die. Add Wilbur into the mix, fire him before Arthur and watch entire enemy forces evaporate on the spot.

Arthur is custom-built for Titan hits.

Since titan fighting trumps war, you have to go with Arthur. And Gregorian passes before Lianna because of the elemental buff.

If it were for war and raiding, I would reverse to Alasie and Lianna.

No, but I’m always looking for good fantasy reads for travel.

Paperbacks were cheaper than Kindle (why?!?). Arriving Tuesday. FWIW Kerridoc was my rogue character in Gemstone IV, where I eventually went on staff as a developer. (I am not a SGG developer)