As I see if you are a patient one it is worth to wait to the end of Atlantis until all heroes have been released and then start summoning - more chance to get an actual Atlantis hero.

Meanwhile do TC 20 summons and event summons if you have nobody to train.

It makes no sense to wait for 10 new heroes to be released if only 2 at a time are available on the summon portal! If you want hero X you have 1 or 2 chances to get him.
Or wait for the cycle turns around and he’s available again after around 8 months. Then you REALLY need patience

Only specific 5* heroes rotate out - isnt it so that the pool of Atlantis heroes gets updated with new heroes, maybe I am mistaken then and 4* pool stays the same until the end?

Oh ok I thought the talk was about 5*

So far the pool of 4* has stayed the same.

Also, if I remember correctly, you have a certain chance of getting a 4* Atlantis, so if they add to the pool that will not necessarily mean that the % og getting an Atlantis 4* will be changed, but then again they might change it but I wouldn’t bank on that.

We’ve been told that each Atlantis portal will have only two S2 5* available. That’s certainly what we’ve seen: in August we had Misandra and Tarlak. In September, Tarlak and Mok-Arr. I expect that in October we’ll have Mok-Arr and a new S2 5*. I’m assuming that, once they’ve cycled in all the new 5*, they’ll start the cycle over again (so putting the final 5* to be released with Misandra), but that’s a long time to wait.

I missed Misandra in August but did get Tarlak. I didn’t do any Atlantis summons last month, anticipating that I can draw for Mok-Arr this month without risk of getting a duplicate Tarlak (and I already have Ares and Alberich from their original release).

If they keep up the pace of 5* heroes coming in, we get one S2 5* per two S2 provinces. That implies there could be 12 new S2 5*, which also implies that we won’t see Misandra or Tarlak again until next August. That’s an eternity for an on-line game. 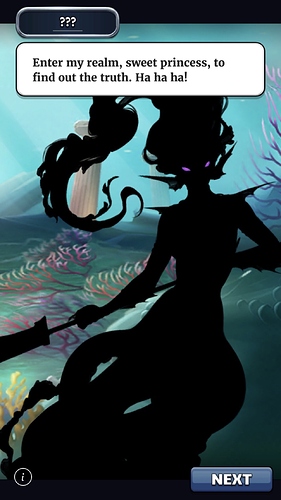 Counting this as “seen”?

Or not counting it as an Atlantis hero?

Anyone know if the summon gate is going to stay open on the monthly schedule after this month?

Hoping for the new buildings to come after S2 will be completed offering the chance to get S2 heroes afterwards.

But the portal should also be available from time to time.

That’s at least what I’ve read so far and I’m not sure about it.

Figured there would be something as S2 heroes have seemed pretty popular judging by social media. My guess is SG would have to be crazy to abruptly cut off that kind of revenue stream.

It will stay open on the monthly schedule according to the AMA.