Yes, to all above events

This guide is now a wiki page !

Which one is correct?

Thanks for the clarification!

@Coppersky I’d suggest editing the wiki post then. Most of the players probably don’t care about the order of implementation. They’re looking for the order of appearance in-game.

done! Thanks for your keen eye!

I haven’t seen an event which drops tonics. (I may be wrong) My comment still stands. I haven’t seen 18 tonics in the year+ I have been playing and despite fighting top level titans the loot drops are horrible.

So it looks like they are missing just a green event…
Plus we have the Easter/spring event
Plus we have a summer event now
Probably should have a Halloween/fall and Christians/winter event at some point as well.

The annual events are a little different. They have more levels and no ranking.

This is great!
Thanks, your work helped me a lot clearing the last event (only rare and epic:disappointed_relieved:) as I spent all my resources in the previous weeks to rise heroes that would be helpful (i.e. no purple hero).

Thank you very much. I’m very happy I could help you. 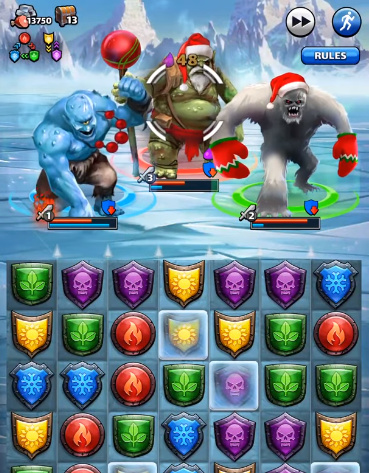 @Mariamne I could have sworn I already posted how much I love these! If I did, just letting you know again! Such a genius way to summarize so much in such a compact a very pleasing visual! - Razor

What event of the month?

Monthly event is grimforest (near 11 october).
Halloween is a seasonal event like springvale or sand empire (event of ± 15 days without ranking)
We will have in october grimforest, atlantis and halloween (i suppose this order).

So…I didn’t have a chance to get Heroes from Grimforest before. Now I have more than 2600 Gems. Should I use these to do a summon with the Grimforest Event or should I wait till the Halloween Event? What do you think?

Actually it is a quite good question…in Grimforest there are some good 4* like Hansel and Gretle and Red Hood (even if I think there are better 5* to ascend). I don’t know how good the halloween heroes will be

I don’t know either. I only saw some heroes from the upcoming Halloween Event via Youtube. But I don’t know if these are the real ones (and the ones I saw didn’t look that much impressive).

Sorry for my English!

Well …
I really like hansel. I use this heroes often.
Personnally i m waiting for atlantis summons and i keep my epic tokens for halloween.