Time to revive this thread, and in the interest of complete honesty- I had saved up 200 pulls in coins (Yup, 2,000 coins - give or take 2-3 pulls), and I’ll let someone smarter than me work out how I stacked up against the odds, but here was my haul of 5*'s plus the new jackal:

For me, the real highlights are getting Guardian Gazelle and Guardian Panther as both were heroes I wanted to get - Rest assured, I still despise the double(or more) panther defences though and won’t be joining their ranks with only one!!

EDIT: Getting the buffed up costume jackal is absolutely a welcome edition; Jabberwock has a soft spot in my heart as I really liked the concept of his card; Morgan Le Fay… well… I guess that was my “Sargasso” of the portal this time…

As for the dupes? I already had 1x C White Rabbit dupe, and 1x LotL dupe. A Finley dupe is not that exciting for me at all. Another LotL is welcome as a longer term project I suppose? Another Guardian Kong… Well, now I can stack a cleanser and dispeller?

mixed feelings on that one!

I am going to hold it there, and avoid using my gems or doing 10-pulls, because whilst the Hippo is a fun concept - it’s an offensive hero, and I am already trying to spread my barbarian emblems as it is… And the heroes that I still really want are too far to consider chasing (Anne & Lady Locke) for my liking.

Good luck to everyone else that is pulls!

Thx, I have updated the OP.

Well, four years in this game and SG gives me my first event legendary-and it is worse than a S1. Yuck. 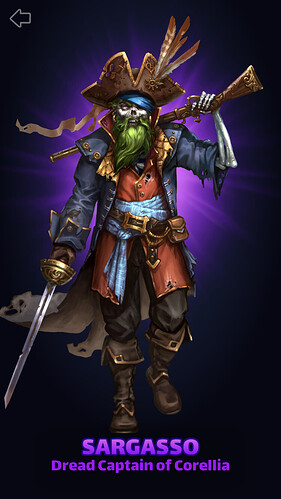 Only Had enough Gems for a 10 pull, and I was only really pulling in the hope that the HOTM would pop out as they have avoided me so far. 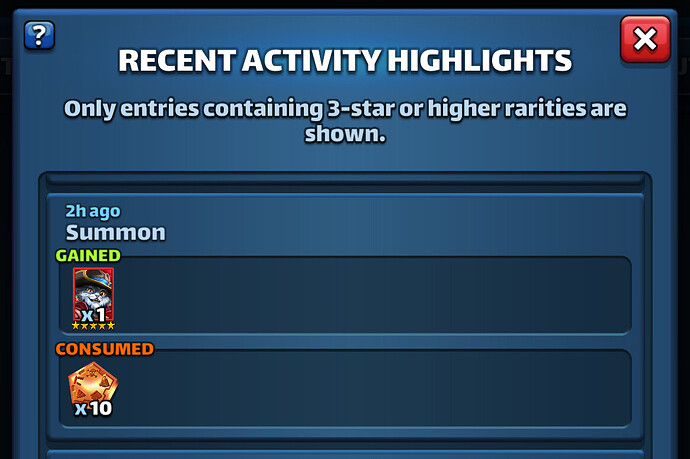 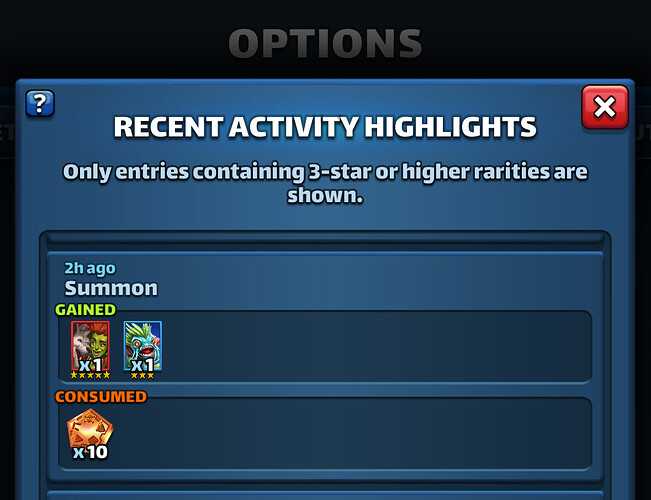 I’m probably done with this portal. Not a fan of Hippo since it’s a hero that’s highly dependent on a specific combo. Pretty useful on offence for sure but not completely convinced - especially now since SG is also nerfing offensive heroes.

Did 125 Pulls, got Hippo, LOTL, Kestrel, Locke. All new. Gazelle would have been nice but I think I cannot be unhappy about this haul.

I did 70 pulls, was wanting Hippo or Gazelle, no luck there, but conciliation prizes were excellent, I pulled Anne, and Lotl costume, had original w/o costume, so happy with results!

Question: is debuff for stacking same color on attack still there? I can’t find any info.

Am I the only one for which the game keeps crashing with this event? I can do anything else but each time I try a stage here it just bugs out and won’t load

Aw so sorry about that - it just stings so much, especially when one is not able to do that many summons. I got him too. All one can hope for is a future buff (buff, not costume)

it just stings so much

It really does-especially when two of the heroes I have wanted most for years are featured.

Have they been buffing event heroes or just giving costumes? I need to look into it.

You are not alone

Am I the only one for which the game keeps crashing with this event? I can do anything else but each time I try a stage here it just bugs out and won’t load

You are not the only one here. Also happen to me, and it’s started from Ninja Event.
You press the flag and it’s just load like forever, cause the pop up about the description of the stage won’t come out or even take ages. (In Ninja Event, the description about the Poison and item limitation)

And this event description about different Stages.

Yes! That’s exactly what I’m experiencing too. Hope it will solve itself out, it’s not playable right now.

“but conciliation prizes were excellent, I pulled Anne” 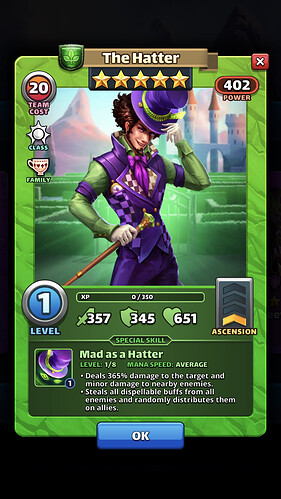 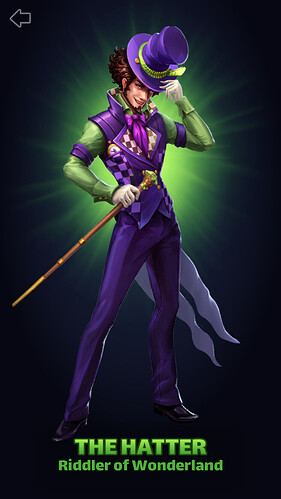 I’ve been chasing him since I started playing in 2020

I was keeping my coins for future but I used two silver tokens and got 2 3 star S1 in a row. Then I saw it as a sign and made one pull and he’s here

I can die happy now