Wu Kong and Tarlak are incompatible!

With a simultaneous ulta of the Wu Kong and the Tarlac, the damage falls, it’s wrong. 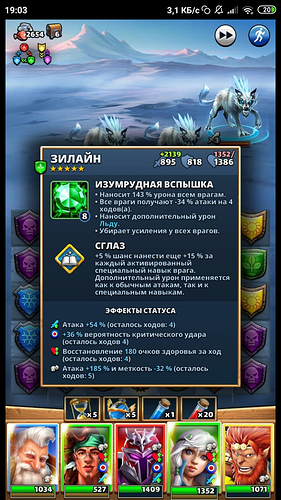 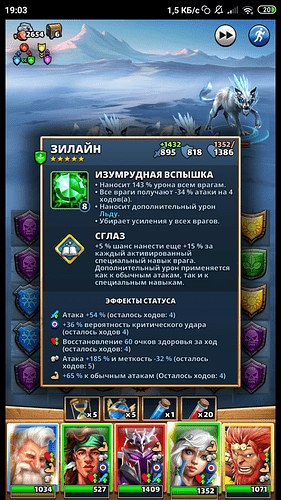 It is true they don’t stack well. Tarlak maxes stacking at 160 percent. So it will go down with both. And you still can miss. This is no error. Just don’t use them together.

but buffs are not replaced, gains must be added

This is well-discussed on the forum, and not a bug, so I’ve moved this thread to #general-discussion.

As @thrashina said, the card description of Tarlak makes clear that his special caps the normal attack percentage from stacking buffs at 160%. So this is working as explicitly described in the card. 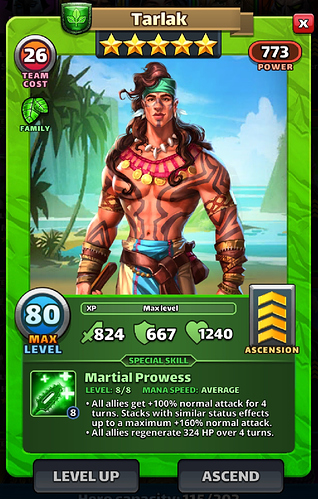 I’m sorry, you’re right, ulta limits the attack gain, i forgot about it

No worries. There are a LOT of fiddly details of powers to keep track of

Rumor has Tarlak v0.1 Beta you could stack Gambler’s Stance, War Cry and Marital Prowess ( +365% cap ). That did not last very long.

Is there a master list showing which heroes don’t play well together?