What is the right??? Both in Lisbon Portugal

I have heard that SG charges more on Apple than on Android. Was that the case for you?

Apple just had a price change in some areas this weekend causing prices to change during the event for some people. 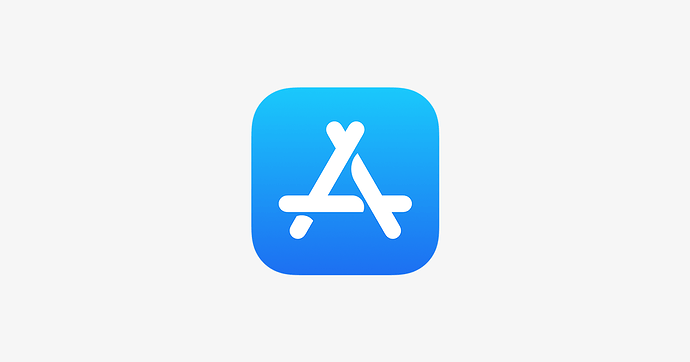 When taxes or foreign exchange rates change, we sometimes need to update prices on the App Store in certain regions and/or adjust your proceeds.In the next few days, prices of apps and in-app purchases (excluding auto-renewable subscriptions) on...

My system is Android, and it’s more expensive than my friend’s Apple. It should be the other way around,

When taxes or foreign exchange rates change, we sometimes need to update prices on the App Store in certain regions and/or adjust your proceeds.In the next few days, prices of apps and in-app purchases (excluding auto-renewable subscriptions) on...

Here is the answer.

Now it’s the other way around. Apple is slightly cheaper in some regions. Lol

Android has always been more expensive here. So seems right to me.

Apple are plain corporate scumbags. Your currency devalues against the dollar fo a week and Apple will adjust pricing up. On the other hand if your currency appreciates for 6 months, they may consider a pricing adjustment down. As far as I’m concerned, they make SG look like Jesus’ disciples.

Lol thought every Apple user knows that. I have been paying “inflated” prices for a long time now. Still waiting for Apple to recognise that they are over charging for Singapore.

Dear crapple users… you perfectly know what to do when you buy your next device.

Or not, because despite programmed obsolescence, refusal to use the same cabling everybody else uses and one directional price adjustments you keep promoting their business model

Dear crapple users… you perfectly know what to do when you buy your next device.

Sadly it is probably going to be one. Until Microsoft makes a GUI that is not plain ugly and re writes their OS so that admin rights are not enabled by default, I will stick with BSD UNIX.

Cabling? Don’t PC’s have USB ports? I find that hard to believe.

I was referring to mobile devices here

Because, you know… stores, mobile games and Android vs Crapple

A lightning cable will cost less than $10AUD. Guess what it connects to? A USB plug is the other end.

Btw, I use an Android phone because SG blocked me on the Apple game centre. I’d prefer to use my old iphone to be honest.

A lightning cable will cost less than $10AUD.

That’s not the point.
Conforming to standards is.
Also… since their devices don’t come exactly cheap it’s astonishing they don’t provide it.
Not to mention the decision to cut the audio jack just to possibly create the market for their buds.

I’d prefer to use my old iphone to be honest.

I know: every Apple user is faithful to them no matter how poorly Cupertino treats them.
We call it Cupertino-Stockholm syndrome

Change is on the way for Apple users. EU started the ball rolling by suing them for differentiating themselves from android, cable wise. Plus other stuff. Can’t remember now.

No idea what happened with that. All I know is that Apple cables with change with the 2021 device models. The input to the device will remain unchanged but the other end will change to USB-C, same as that for their PC. So …. Power Pack manufacturers have already started rolling out models with USB-C input, in addition to the usual (now common for both android & iOS)

This will align cabling for Apple users, from mobile to iPad to PC. One cable works for all 3. Good news for Apple users, who generally stay within the same family, since everything auto syncs

Can they do that? Wow!

We call it Cupertino-Stockholm syndrome

I actually loathe them as a corporate entity. Steve Jobs was a certifiable scumbag. I have used their products since 1981. Sadly, the Windows GUI is just plain offensively ugly. Apple, using a proprietary chip to prevent illegal builds is total bs imo. The architecture is almost identical to a Windows device. But Windows is virtually dysfunctional.
I never switch mine off but usually run 3-4 months before I see a kernel panic and have to reboot

I’m no basic user, but my Windows machines run smoothly for several weeks barring system updates.
I wish I could say the same for the ones I manage for very poorly computer savvy personnel but those would usually incur in some problems within the week.
The vast majority of which is human generated

I do understand your dissatisfaction with Windows GUI but I guess it doesn’t mean much as I don’t get along with any GUI: I love old fashioned typing

the price should be the same in the same country. That’s totally BS charging more on one platform than the other. greeeeeeeedyyyy…