Would this raid system Work if implemented?

I was wondering since A lot of users Might not say anything on the forum or maybe just chose not to say anything about this. Here is What I’ve heard from Friends, and Alliance members.

The cup system sucks and is outdated blah blah blah.

We All know that The defense teams when being raid have a +20 atk,Def added to them. Ok we got that.

My Idea would be Ok as you know to get top 100 is not as difficult as it should be. Thanks to many different factors anyways.

I was just thinking instead of having That +20% atk def to All raid Def. Why don’t you just Allow the top 100 positions to have it so that way Makes it a little harder to be taken down for the top 100 and not just Anyone can be there. Also would it work to make it +25% atk def once you are in the top 100 posicion?. Again its just an idea not a complain.

Would love to hear from Everyone in here.

Why should it be easier to stay in top 100 once you make it there?

I meant Harder once you’re there and of course Every input is well received.

There was supposed to be some testing done with V39. It sounded like very tough defenses (and easier defenses too) would be buffed at lower cups and the buff removed at higher cups. 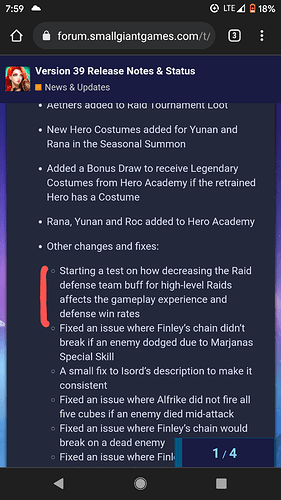 Imo, any alternate defense should have buffs removed. Raid matchups should be within 100 cups.