As a fan fiction author, I try to extrapolate as much as possible from the wafer-thin cannon of E&P, reading meaning into troop names, character tags and the geography and cartography of the game.

Here’s some of my thoughts and questions. What do you think?

There’s no right answers but I’d love some fresh inspiration.

Characters based on more modern sources - Alice, Hansel etc wear clothes that a a little anachronistic. Have they smuggled in any new tech too?

In my latest story the characters use an air ship as depicted on the Quest icon.

Are there any examples of more advanced tech that you noticed?

But where is Avalon or Teltoc? Are they connected physically or magically to Corellia?

Guild seems good. Maybe Cyprian was from guild too? But he died when guild was ending and change into ruins, and he back as a ded men.

For me this city from quests always was mayans. Richard and Viv started colonization and kill them?

Atlantis isn’t in any direction from Karemdol for me beacuse: 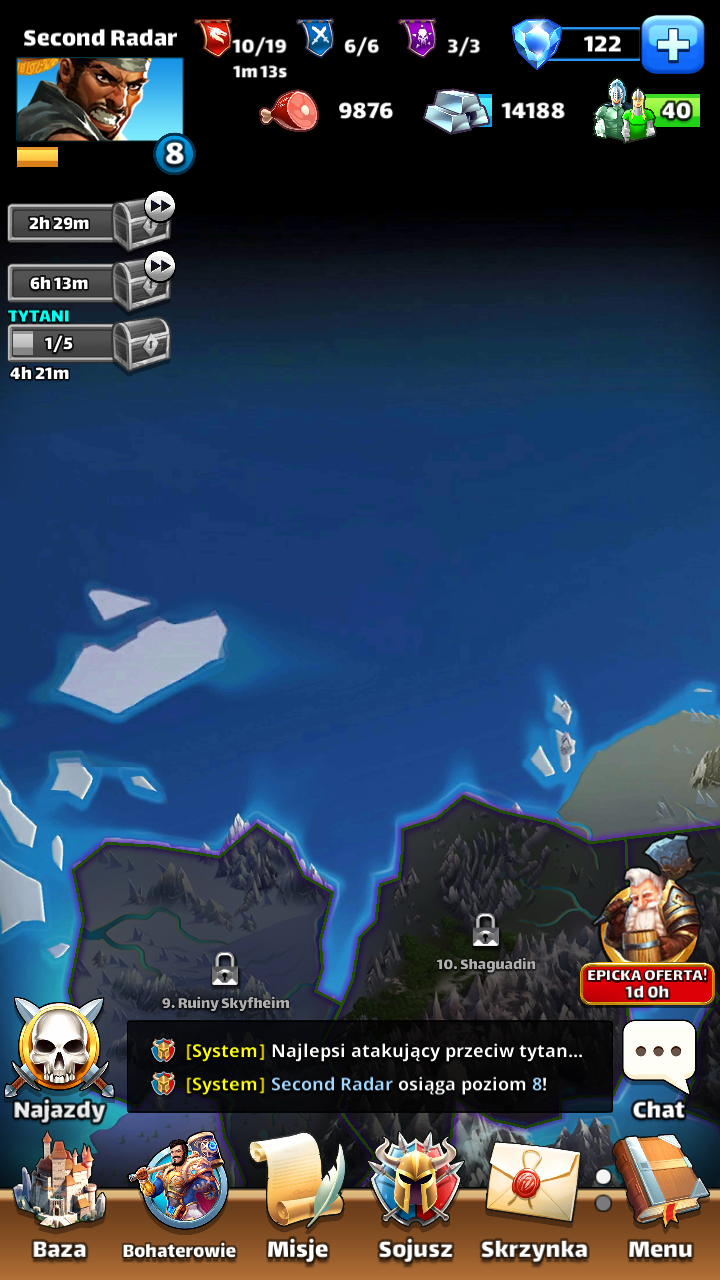 Karemdol is flat and deep dark is around.

Animals
Like in our world, gorillas can speak by they hands but tigers just want kill you and eat your meat

(And sorry for my english)

Really interesting stuff. I’ve noticed that we seem to have various non-human related heroes and they seem to be elementally aligned.
The Pandas: Light/Holy/Gold (or Yellow) Hu Tao, Gan Ju and Sha Ji
The Monkeys: Also Light/Holy/Gold (or Yello) Wu Kong (who reminds me of The Monkey King from asian lore) and Hou. (edit) And Guardian Kong
The Lizards: Green/Earth/Plant - Kashhrek and Isshatk
The Lions: Red/Fire - Azlar and Zimkitha
The Orcs: Red/Fire - Boldtusk, Nashgar, Gormek and our little half Orc Zudak.
The Goblins: Green/Earth/Plant - Skittleskull, Carver and Needles
And now we have all the Atlantis fish and amphibians.
And Frida, who appears to be a Polar Bear (Blue - Ice/Water)

So how do you see all this fitting into what you’ve found so far? Do you think they originate from the first map or from places we haven’t “discovered” yet?

Also, where can we read your fanfics? =D

What is the current level of technology? There is evidence of complex metal working and armour equivalent to 16th century European production.

Captain Kestrel has firearms, so the Pirates, at least, are more like 18th century tech.

Gadeirus is the most clearly post-apo hero. Atlantis was always a tech anomaly, thoughh, and had its own private apocalypse that didnt take the rest of the world down with it.

It’s also clear that walking sticks are powerful weapon in some timeline, as both Owl and Hatter rely solely on them, in a vaguely Doctor Who bizarreness.

I support your view that there is a more fluid line between “dumb brute” and “sentient” than is commonly viewed in this world. For example, Agwe and Gato are clearly products of non-human tool-using species capable lf mastering complex forging and magic.

Excellent observations that deserve a little musing on

As for fan fic, all my work is in the library, of course. Along with some other excellent authors

Kids, Breaking News - @Xorana1 has returned and produced a new story already! A little pet project to keep track of some of our collective creative content. It’s easy for some of these gems, to be lost in the dusty corners of the forum. If your work features here and you’d like it removed for any reason, let me know. If you find anything I’ve missed, let me know. And if you want to point out that this is clearly a case of narcissism because lots of it is mine - then keep it to yourself …

Captain Kestrel has firearms, so the Pirates, at least, are more like 18th century tech.

And they are undead…so perhaps the firearms actually pre-date the current tech level and have since been forgotten?

And speaking of Owl are all the Guardians robots?

I don’t think they’re robots, but I confess that Panther’s tail-armor has always struck me as odd.

The 2 maps are geographically connected.

That is the discovery of the year.

I can’t take credit for it. It was something that was brought up in our alliance chat a while back. Unfortunately, I don’t remember who mentioned it 1st.

Well such is the lot of great explorers. Magellan actually died during his famous circumnavigation of the globe.

As things stand, and by the powers vested in me by the Council of Bards, I hereby declare that land Kamikaze Island.

I’m kind of interested in this, since I made quite a few D&D characters out of E&P heroes.

Some more things to wonder about… 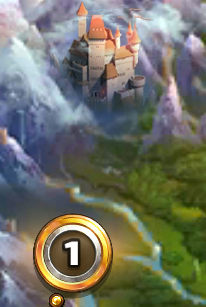 In my fiction i always use the Stronghold in province 1 - plains of Correllia (thanks @Radar1) as the seat of power for the Correllian empire which extends through the western spur of the continent.

I use Isgilham as a Nordic kingdom and ally of Corellia with Skyfheim being abandoned save for the insidious Guild.

Shaguadin is lost to the undead and the Shaguad Desert and plains of wind are a proxy for African nations.

Cloud loft stands in as a home for the Asian characters, although Atlantis also has a lot of Asian influence.

Scarlett and Jangahir both refer to the Sand Sea, but I haven’t explored this area yet. Forgotten Sands is the obvious home.

I place Cyprian and Sabina as the nobility of Mogovia and refer to them as the House of Cypria.

As a white Britisher I tend to avoid writing about characters from a background other than my own because I would probably end up relying on weak Hollywood clichés, but I’d love to read about Sharkot and the Old Ones or Bane or Li Xui.

The only nonwhite human character I’ve written a background for is Azar… mostly because I wanted to make a barbarian and she’s the only female one in the game. I’d post more about my D&D/E&P character backgrounds but I feel like this is the wrong forum to do it in…

As long as it’s E&P related and your not going to try to flog D&D merch, it should be absolutely fine!

I play a lot of tabletop battle games so I’d love to hear how you’ve developed the stats and characters.

No I meant it’s something that belongs in the community content section, not the player guides section.

Ooooh…yer your right. I changed it. Not sure why I put it in Player Guides to begin with.