Wonderland Heroes - Will they make your main team? What do you think of Cheshire Cat, Alice, Queen of Hearts QoH, The Hatter, Captain of Diamonds? How do they work? [MASTER]

Like most event heroes, they are all solid, but some are niche (I’d say 3 of 5) and others are great (the other 2), but I personally don’t feel there is a MUST HAVE one in there. Based on my roster I am saving my pulls.

Well, there’s a beta forum to discuss beta content. Since this isn’t it, so… yup. Too soon. They haven’t even officially released any information regarding the heroes in question.

It’d be great if they’d go ahead and officially release/share the associated heroes, at least.

Hope they do so.

This thread is very very hypothetical in the moment…

A quickie reminder for this discussion, as @CheTranqui mentioned, images/videos are off-limits for posting:

Please note that posting beta content (images, videos) is prohibited outside of the Beta Program.

Yes, currently ETA for the new Challenge Event is next month (14th of February).

That said, text…seemingly less so, I guess?

Cross-posting some thoughts on the Wonderland heroes from another thread:

Chesh is a regular defense debuffer against yellow but not sure what made devs think that was needed(could have just buffed the original pulverizers). The random shuffle of defenses sound fun though.

Captain of diamonds seems like another niche minion killer that will as useless as gobbler. Really don’t see many minion summoners in defenses besides delilah and we were killing her minions without niche heros for a long time. Sure there’s MN and Santa but at slow mana by the time they go off, i typically have multiple special skills ready anyways. A fast mana AoE similar to Zims is the ideal minion killer to me. Sounds like they made queen of hearts then made captian diamonds to counter her and just put them in the same event, he’ll be another 4* feeder

Alice is the first blue attack dropper that i know of. Seems like she’ll be nice to use against grave but still not as useful as zeline is against everyone.

And this is all just guesses from reading the info on the cards, we’ll have to wait and see really

Yes, the Hatter, the Queen and Alice are all interesting but all them have natural “flaws”.

The Hatter is useless against no-buffers (he can’t steal anything)
Alice without a healer is basically another fast sniper.
The queen without her card is only another tanky hero.

All of them can be really useful, but they are situational.
And that’s not a bad thing.

Alice can be situational, but I can see her use in wars where there is auto healing for defenders. However, I wonder how long the sniped target will last once they have been hit by Alice’s special in the first place. I feel her special is kinda misplaced, and would have been more useful in less hard hitting attacks but then improve some other special for her.

I wish her attack debuff had the splash like Scarletts. Could have went the alasie route where 1 target recieves damage but 3 recieve the effects.

I’m a bit more concerned about the design of the heroes… I mean after season two and Christmas event lousy designs I really think we desperately need some cooler and more realistic designs, closer to the season one, guardians or Avalon heroes, or the game comes dangerously close to turning into a caricature show…

I agree, we don’t have to look any further than the official preview to get a sense of the character design, and they do seem quite a lot more stylized than some of the existing heroes.

I think it’s interesting to compare them other human-ish heroes from the other events, which seem to have a notably different style: 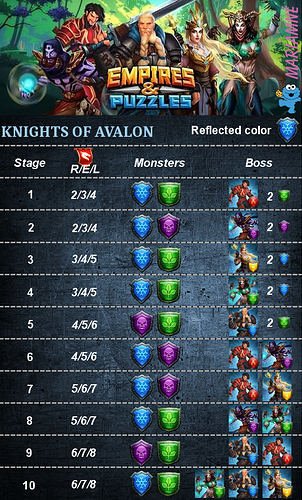 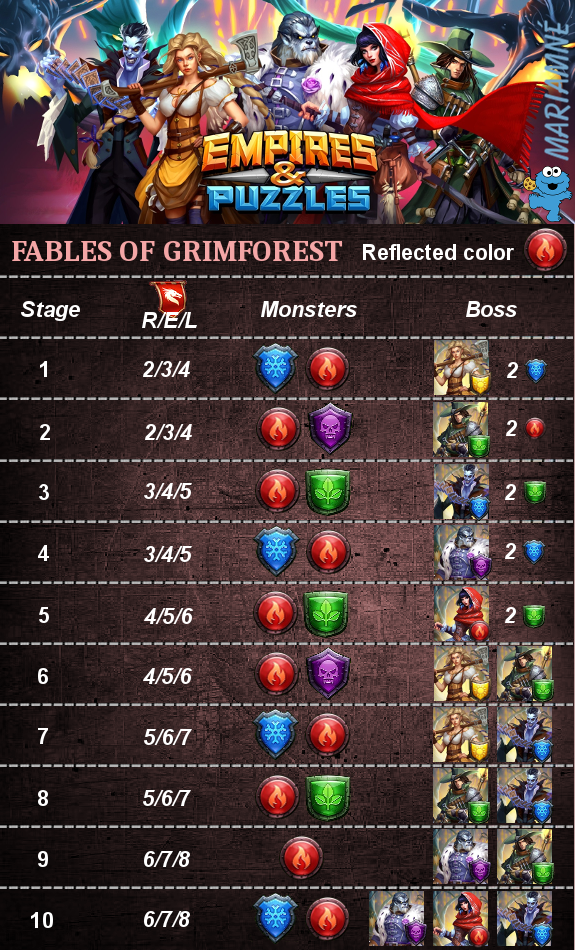 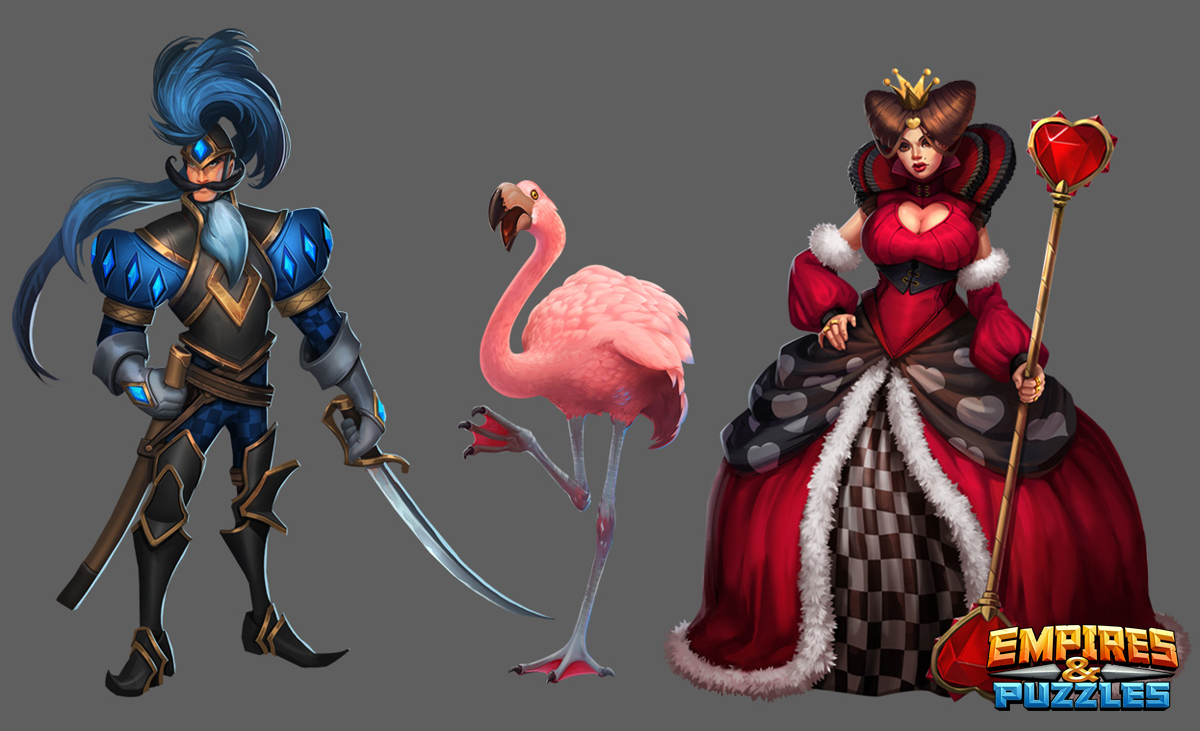 The styling has clearly gone in another direction. I prefer the original but…

Leading up on several of the past HotMs there was a lot of commentary from beta testers about “making room in the roster” for Zim, Onatel, Kunchen in the months ahead of release.

Curious to know if any of the new heroes has gotten the juices flowing.
Clearly changes can happen before release but now a week (8 days) before release the heroes ought to be closer to final versions.

Mah… they are right out of Carroll’s book… definitely not what I was hoping for… I’d much rather enjoy the Rigard, Sonya, Caedmon, Vivica, Magni and company style…

If you liked Grimforest design I believe you are gonna enjoy Wonderland Heroes design. SG has already published 3 of the heroes (Cheshire, Queen and Cap) 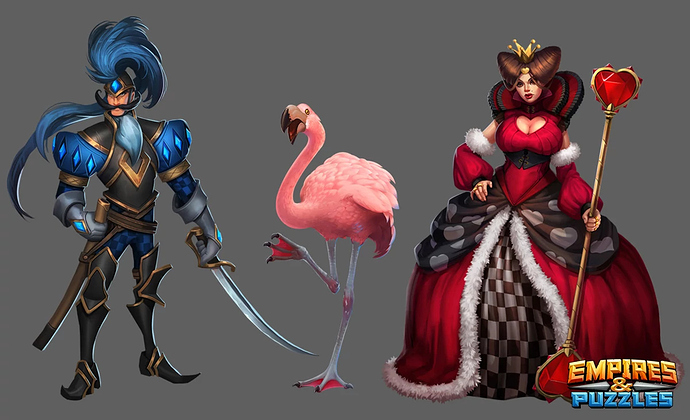 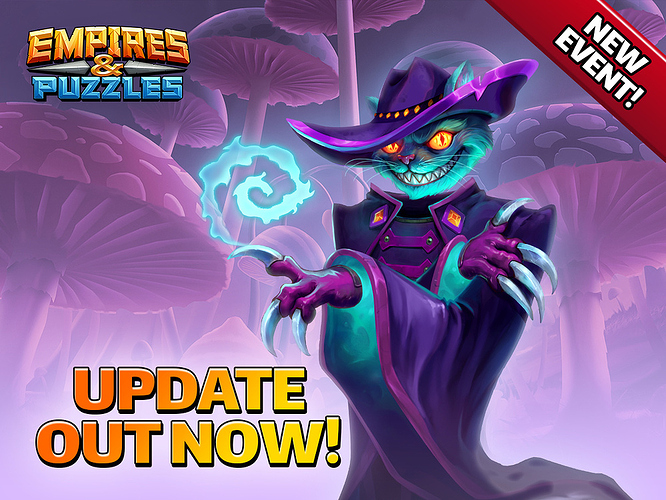 The whole “it’s beta stuff, don’t post anything” is stupid and annoying.
Captain of Diamonds (Blue, 4*)
Cheshire Cat (Purple, 4*)
Queen of Hearts (Red, 5*)
The Hatter (Green, 5*)
Alice (Blue 5*)
If somebody from Beta knows already if some of those heroes are worth the hassle, then it would be great if he could share his knowledge for the OP . I don’t Care about that

I know, but there is no problem. They change during beta, so what?

Specific details would both violate beta rules and be somewhat pointless since beta is subject to change.

Considering the many beta leaks on the web, that info is already available.

Impressions of how the heroes play IS of great interest. With more complex specials, the interactions can surprise (good and bad) and input from experienced players is all the more valuable.

Yep @Olmor, it is hypothetical now, less so once the challenge launches and the summoning begins especially as some money will be involved.

Maxing 5*s takes me ages, and new heroes can’t just walk into the main team, but the planning, ah, the planning begins much before that.

From top to bottom and only my opinion and not anything banned from sharing per beta rules and of course they could change - and this really is no different (and much less detail) than the linked threads already shared so here goes:

Boring Hitter but fine
Niche
Great tank, but there are a lot of good tanks, even two competitors in red
Niche
Great hitter, but plenty of hitters already, including Magni who can be free and same color

Look at my avatar… you know I will have to get Cheshire Cat. I hope he is at least decent for a 4 star.

I’m not sure how hard I am going to go after the others. I have so many unleaveled 5s as it is. Many of them event and seasonal heroes. Knights was my first way back and I’ve only maxed Guin and Merlin. Knowing a 5* healer is just around the corner leaves out Alice if she is blue…man…I might just wait for Wonderland to cycle back around.

i agree with the above and would be very happy with the cheshire, Alice and the queen. Captain is fine but still worth ascending and the hatter would be a nice consolation prize when compared to other available 5* greens.
i believe all heroes are worth the summons and the new mechanics are really nice

p.s inwould like alice because i have no blue snipers except magni and alice has better defense

All the cards are solid but there’s no hero that for me breaks the bank and is a must have.

I don’t know, Alice looks pretty solid as does the Queen

Which I indicated - plenty of solid cards but no game breakers that are to die for must haves.

Agreed, but maybe don’t forget to give heroes calves like they did my boy Aurther. 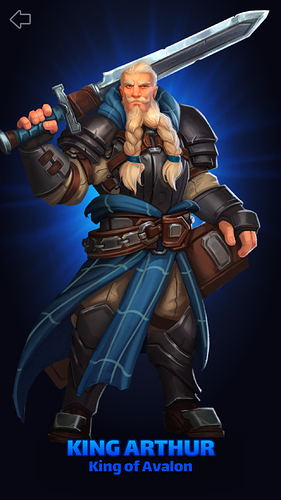