Won a raid but, game said I lost and took 26 cups but tower says I won the raid and gained 26 cups

I was trying to get back up to Diamond tier (needed about 3 or 4 easy wins) when my game just blanked out on me. So I thought nothing of it and figured “Oh well it happens”. What happened next blew my mind!
I found an opponent for +26 cups who looked kind of easy and attacked. I beat him without too much trouble but, the game said I lost on time (which I did not. I didn’t even get the counter going). It took my cups and when I look at my last raid in the tower it says that I won and gained 26 cups. I clearly did lose cups like it said at first but, this is what the tower shows. I am scared to keep playing 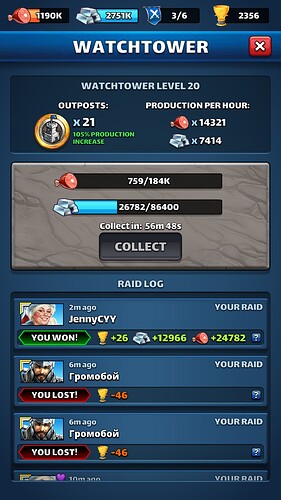 I just won a battle in war. However for some reason the game gave me the victory points but kept the bonus points …… don’t understand how that works but it was the first time ever

Both issues are strange.

I did not have this kind of issue in wars.

I am not recalling any issue what is in the OP.

Just send in a ticket to CS. With your SS. You need to provide an approximate timing. Plus your time zone. So that CS can check server activity around then.

Nothing much us players can do about your issue.

Need to persevere. Push on to actually get a real human CS to look at your ticket and give you a reasonable answer.

Give CS some time to look at the issue.

I haven’t encountered this before.

It’s probably just an i.t glitch it’ll catch up and sort it self out