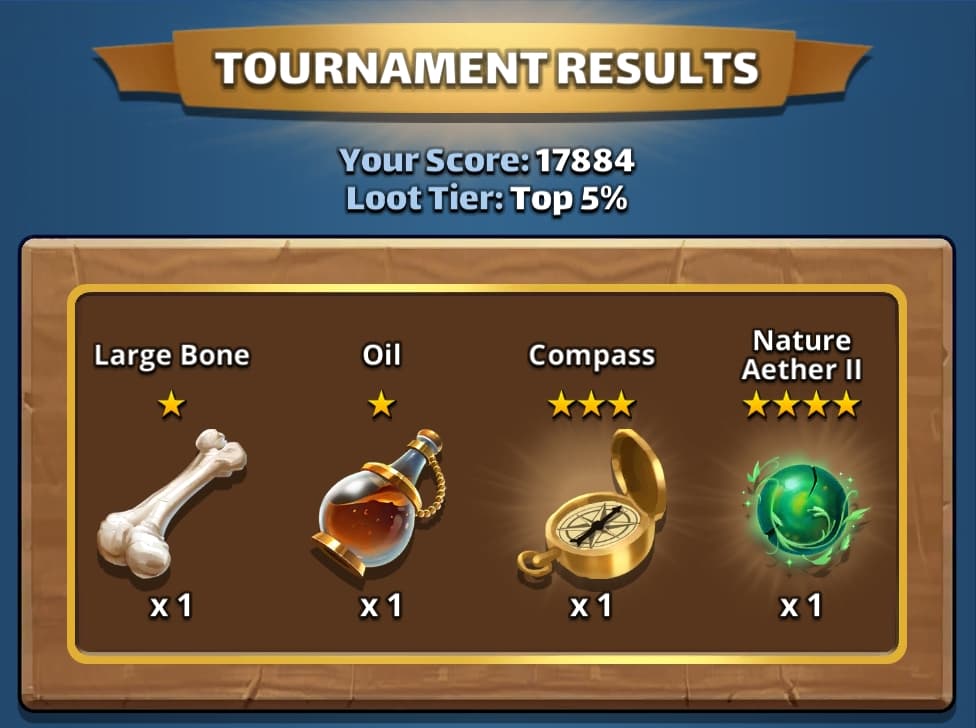 And this is my result of “134th Raid Tournament - 4* Buff Booster, All Elements” 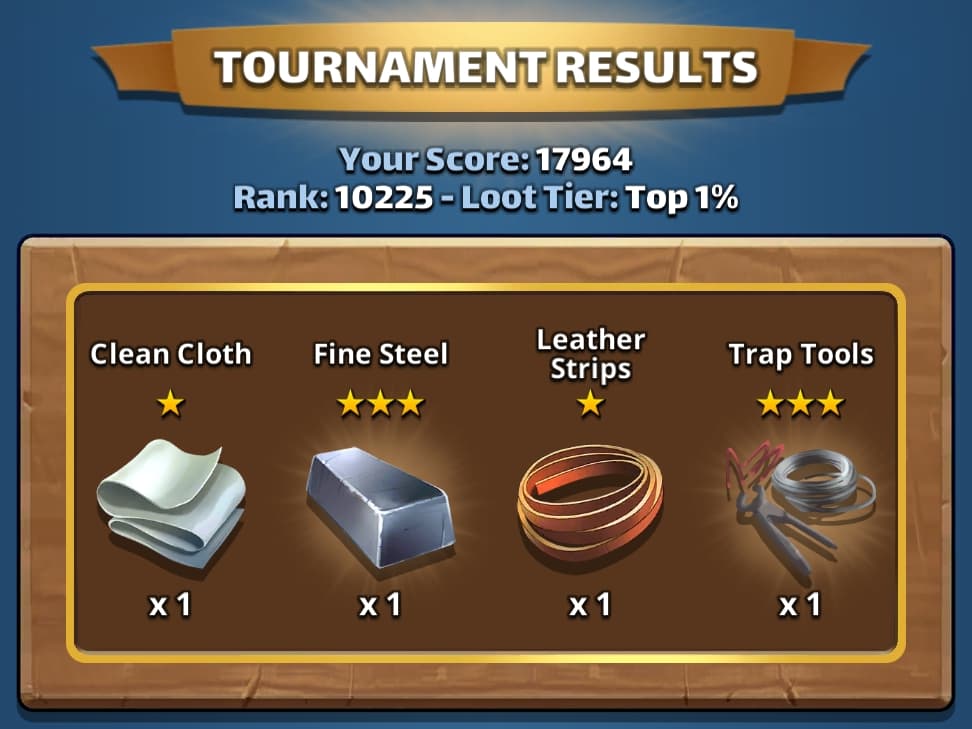 How do you think about this ?

My guess is defense. The element restriction might might make the average defense score better. But top 1% players still get their offensive wins the same. Just now they get better defense scores so it’s harder to get in top 1%.

That’s my guess. I reread your post three times and took a few minutes to think about it. It’s a good question so curious what others think.

My guess is defense. The element restriction might might make the average defense score better. But top 1% players still get their offensive wins the same. Just now they get better defense scores so it’s harder to get in top 1%.

Thank you. That might be right. I never thought that way.

Top 1% players like me don’t care much about the element restriction and about “skill counter skill” instead. The thing that make me lose isn’t element restriction mainly but is the bad board instead. So, it don’t make much different on offense for me. On the other hand, "No Fire/ Red” make it is harder to take down defense with Brynhild. So, player who has Brynhild will get better score on defense (but I don’t have Brynhild

It might be true that at some point, the easier on attack will make “top 1% cut off” lower.

) An infinite number of players can be rank X, as long as their score is tied. So clumps make ranking comparisons very hard

This can has effect but I think it isn’t big enough. Both are 4* tournament, buff booster and almost next to each other. It is very unlikely that there are 40% more top 1% players participate in "No Fire/ Red” than "All Elements” tournament. Top 1% players have strong 4* depth, so the will participate every 4* tournament anyway.

) An infinite number of players can be rank X, as long as their score is tied. So clumps make ranking comparisons very hard

This is also very unlikely to happen. You can see in the attack that score from each win is very vary. In face, in both tournament, I have exactly same result 24-1 on attack (both with 0 score in the one lose) and defense with C for 1 day and D for 4 day. Even with the same result, the score can be as big as 80. I think there is no any score >17000 that have more that 40 player tie in that score (low score can be possible since low number of attack meal low range of possible score.). It is very unlikely that this will have big effect enough make 4,000 rank different.

This might be possible but I think no. Today, Boldtusk has least role among 4* healer. I never use Boldtusk in any 4* Buff Booster since red has no dispeller or cleanser. But other people might use. Do you think Boldtusk make “defense stronger” or “attacking stronger” ?

If he has effect “top 1% cut off”, he will have effect on one of these larger. Anyway, I think it isn’t only the Boldtusk but the all red heroes instead. Like what @Ruskin505 guess. When it is too easy to attack, “top 1% cut off” score is reduce due to lower defense score.

So, green dispellers (Melendor, Caedmon) on defense will make higher “defense score”. I am not sure. It may be right but not for me. I have C Melendor 75+20 as tank and CB Caedmon 75+20 as wing in "No Fire/ Red” but only CB Caedmon 75+20 as wing in "All Elements”. As I say before, I have same on defense exactly same result on defense. Both tournament, my defense is attack 100+ times. So, the result is highly reliable. I think dispeller on defense doesn’t have much effect. When I face them, just trigger them and use C Melendor or C Rigard skill in the next turn

Thank you for your opinion

I’m pretty sure that’s it.

I don’t have that many useful 4* heroes emblemed for def, mostly healers, or titan heroes and those don’t make great def heroes. If there is a color restriction that doesn’t matter, even an unemblemed tank in the strong color can work. And on offense those rules doesn’t change much for my win rate.
And I’m pretty sure there are more than just a few players who don’t have all the great 4* defense heroes emblemed, but do just fine on offense, and with color restriction also get good def scores.
So more points, and more people with similar high scores fighting for 1%.

On the other hand on all color my defense gets completely destroyed (I was 5% this time with 24 wins on offense, just because def was bad) . Yes that results in better offense points for more players, but on the same hand they are also missing points for defense because they are easier to beat.
So on offense the competition gets harder but on the defense side gets much weaker.

If you are top on offense more competition won’t change much, 25 kills will give you the same points in both modes. But now more people will struggle with their defense score. If that is also strong with you, your placement will be much better.

Or to say it short:
Color restrictions, many people can do 24, 25 kills and also have a great defense - > more people compete for top positions.

No color restrictions, many people (probably more) can do 24,25 kills. But also many of them will struggle with their defense (and a bad score over the week is the same as 5-6 losses on offense) so less people will compete for the top position.

In my case no red hurts my defence worse, my red star event team all highly emblemed and limit broke so I’m always using a very strong red on defense, any no red 4 star tournament hurts me a bit, maybe others are the same