Why do you play this game?

I started this game a few years ago just trying to figure it all out . I played in the beginning to be of best help to my alliance and try to field a war defense that would take flags . Now I have been playing a while I have switched why I play numerous times focusing on different aspects . I’m very C2P and still enjoy playing a lot . I have switched from trying to make top 5-10 percent of tourneys to completing tower events . From titan slaying to my transition from cleaner to hitter in wars . This year I’m trying to level as many useful heroes as possible while remaining C2P. I have been Uber lucky on HOTM and recently finished Arfanias , Zagrog , and Hanitra ( whom I don’t particularly find useful ). I even pulled the hero most likely to be a figure skater / bachelorette party entertainer KLAERN . I was just wondering where you are at in the gaming process of this never ending grind and why YOU still play . Be well and fight well

I started at Christmas 2021… about 7 months ago. Was bored looking for something to do. Gave it a shot. It suits me as it’s a “project”. I like projects. I’ll likely finish up building the buildings about the time the launch a new building. We’ll see. I like the competitive stuff too, and the placement engine keeps it from being “unfair” to a great degree. I don’t think I’m going to climb the rankings much, but that’s not the type of competition I’m after. I see myself leveling out in the low diamond range… I hope. Wouldn’t mind staying there.

I tried it as a way to pass the time… went through a phase where I became competitive… and that thankfully passed.

Now I play it to pass the time, have fun, spend time with my ally mates and tons of wonderful forum friends

Bonus: since I stopped being so competitive, I haven’t rage-thrown my phone in months!

I like match games and this had heroes with talents and players you could battle and an alliance you could fight together with. Really it checked all the boxes of games I like.

Tons? I already told you, I’m a lightweight. Or are there others? Are you c heating on me?!

this game is simple enough just match 3 but it is so attractive that can pass my time and also become my secondary activity while working (as i need to do something else while working so i won’t get stress), this game with autoplay farming helps accompany me.

I’m playing for the parts I like the most. Challenge events, tournaments, wars and let’s be honest, the sweet feeling of getting a desired hero.

I took a patient approach and set low expectations - in line with the odds and the slow pace of the in-game progression - so I don’t mind not getting one of those heroes during a couple months. 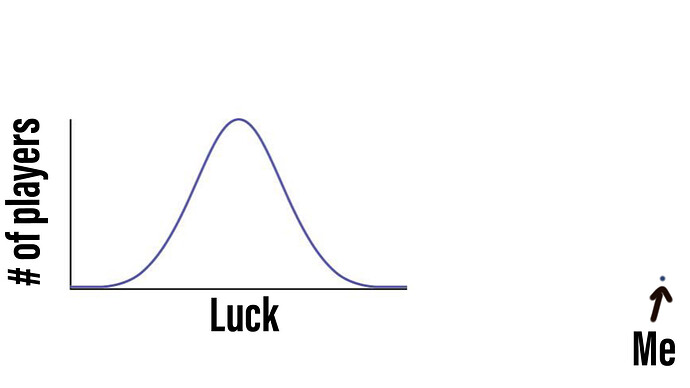 My alliance, tourneys and challenge events would probably be enough to keep me entertained were it to change, but it remains to be seen.

I still play because I like meeting new people. The game offers the opportunity to always grow, so there’s always a new challenge or goal.

I play now for the same reason I started then: as a way to stay connected to and involved with family and friends in the same room or different countries.

I have been mostly FtP since I started almost a year ago, though the new Path of Valor is pushing me toward dropping the valor pass from my justifiable purchases. But as one of the least casual members of our alliance, I will still be playing anyway and be content with patience and not being hypercompetitive.

When i first started in November 2019 i liked the concept and mixing heroes… I liked the logic involved… And later… When i learned about reducing tiles through mana troops… I really liked the elegance of the game. I get a lil sad when i don’t get a 5* i want… But… When I’m down i look at my heroes and realize I’ve come very far…

accidentally installed this game. tried and determined to defeat the dark lord before uninstalling, but instead became addicted to continue playing atlantis (S2) and continued to S3, S4 and S5 till now.

Tons? I already told you, I’m a lightweight. Or are there others? Are you c heating on me?!

Started a few years back just to see what the fuss was all about. And then got dragged in deeper!!! Had fun with competition in first couple of years. Started a second account with more knowledge about the game. Made great friends in all the alliances I’ve been part of and lately wonderful friends here in the forums.
Nowadays I just play whenever I feel like. No pressure. I spend more time guiding others with what I know or I can find online. Overall having fun in a relaxed way with absolutely zero expectations. Happy gaming everyone!!!

I truly enjoy the game and find the strategy quite brilliant. Alot of heros, troops and talent tree thinking does help you progress. I think the game including the Challenge Events, Towers and W3K wars are really testing out our developed rosters to in a fun, enjoyable way! Very happy with the game!

@sleepyhead doesn’t cheat on you. You know he’s with Lancelot. But maybe you don’t belong to the mentioned group?

Everyone knows you can eat without gaining weight. That means I don’t belong either…

Topic? I’m paid by Zynga to attract fresh meat to my alliance.

No, actually I just enjoy it. In the beginning and still. I don’t take it too seriously and I don’t strive for eternal glory.

Cause I randomly donwnloaded it during Christmas of 2017 :D. It’s first match-3 strategy kind of game like this I’ve ever played and I think it’s gonna be my last one too. I even had the game unistalled, thinking that I completely quit back between april-june 2021, but I came back and somehow I still enjoy it today.

I think what I like the most about this game is PvP. I like creating different teams to counter different heroes, experimenting with different line-ups, etc. Even though when I think about it it’s actually Player VS AI lol.

I enjoy game on begin, but last 3 years i realize how fake this game is.
Not sure why i still play and make myself angry. At least i dont pay this rubbish anymore 3 years.

Game is not random even support and Zynga keep saying that.

Game is not random even support and Zynga keep saying that.

Sigh. Sucked in. What do support and Zynga say about the game not being random?

Originally I enjoyed it because I liked killing all the bad guys in wars and raids. Now the only rational I can come up for still playing is I just might be a masochist.

This game pulled me in back in the good days, mid 2018, when it was still very innocent and fair game.

Maybe we didn’t have a lot of events going on but there was fun in it. PVM was still challenging, on hard mode Atlantis or Seasonal ladders. Heroes’ development was ending at 4.80. New HotMs were most desired heroes and once you pulled a first copy of them you could pass on summoning for the rest of the month and save your gems for the next one. Fair little pass timer.

Long gone are those days now when you look at it.

I play because I put too much time, effort and $ into developing my account and Zynga doesn’t allow to cash out on it by at least selling it to somebody willing to pay. So I still try to find something new and interesting in it, without pushing it. One day I can spend few hours playing raids or grinding an event, then for the next 2 weeks I barely do anything just to complete the quests, PoV challenges or ensure my food and iron don’t go over the limits. Is there some fun in it still? Yea, some I guess. But pretty sure if I told my story to a psychiatrist they would certainly identify couple deviations there.