Who would you level up?

I’m undecided so I need some expert opinions on this. If you could only choose one to level to 4 who would you choose? Zeline or Alasie?

Zeline no doubt for me

That’s what I think but the other has a powerful hit. 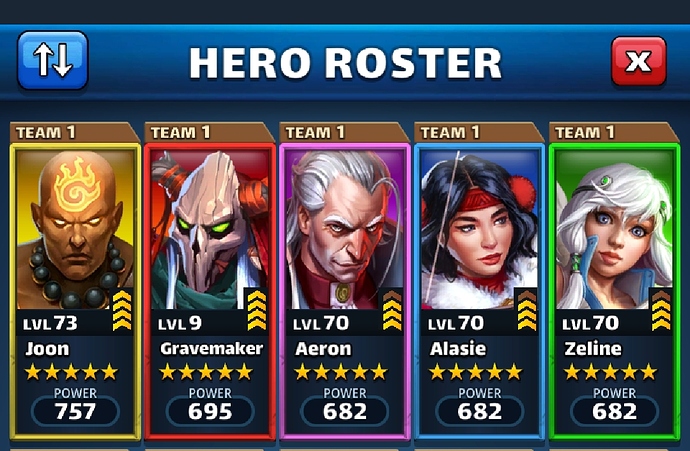 Zeline 100%. She dispels the enemy AND hits all 5 AND gives them an attack reduction? Way too useful not to ascend first.

Zeline is a staple hero.

They are both strong heroes. Without knowing your roster I would say Zeline but it would be important to know how you are put with the blue and green heroes. And only you can know it

Thank you for the replies and reasons why. Another player said it’s easier to kill zeline leveled up over alasie but I’m going with zeline!