I’ve been playing the last year, trying to get enough 5* heroes to have more chances in wars, get a good defense team and strong heroes for attacks…

Show heroes in your attack teams and the line up of the opponents defence team. That might help get an informed reply

I just get angry at every war,

Good. Goooooood. Use it!

There are a number of factors that could be in play, here.

Has your alliance grown? The larger the war participation, the lower one’s score tends to be.

How are you raiding in wars? 3-2? 3-1-1? If you’re just putting your best 5 start lineup in play irrespective of the opponent, that could be a factor.

What level troops are you using? Mana or critical?

tell us more, and we can help make war more fun.

So you scored 5 points on your first attempt and then attacked the same team again?

Depending on the size of the alliance, the 5 points you took the first time could easily mean that the defending tank was 1/3 to 1/2 dead. I would definitely expect you could now one shot that team with a very weak team (yes, even three stars), as you’d expect to kill the tank before they fire often.

The situation you’re describing seems 100% reasonable and sensible to me, but by all means, I suggest you also follow the advice of other posters here and give them more information so they can give you better feedback.

I wasn’t really going to ask for suggestions and stuff, and I don’t really want to film each war just to have something to show.

It just doesn’t make any sense to me!
2,6k team (even though colorstack) is not supposed to win (or get really close to it) against a 4,35k team in a war, where the defense team get also some kind of help.
Each alliance had 6 people taking part to the war, that means 5 points were far away from 1/3 health of the tank and I didn’t even have that many tiles on my side…

That was the point.

you are right! dont! 5* heroes are glorified hero trainers - use them to boost your 2.6k killer team

I just get angry at every war,

Good. Goooooood. Use it! 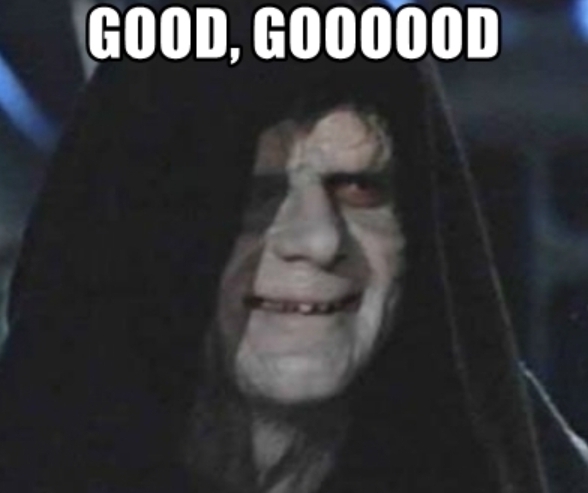 5* heroes are glorified hero trainers - use them to boost your 2.6k killer team

@Babajaba I can’t believe your 4.35k TP heroes brought together to attack an enemy defense of 2.6k TP lost. For starters, why would you bring such team to defeat such a weak team. Either you are extremely very very unlucky, or you don’t know how to play this game. Better look for something else where you excel at.

I can’t believe your 4.35k TP heroes brought together to attack an enemy defense of 2.6k

You are right!!! My mind must be in jumbles. Sorry @Babajaba

The OP has some points to rant on, on the face value a 2.6k team should not almost floor a 4.3k team but then in this game so many factors…RNG with lucky boards, lucky moves especially with color stacking…etc etc…howbeit you don’t get that 100% of the time…it’s all part of the game.

However, that occurrence doesn’t mean you should leave your Marjana at 1/1.

Hmnnn… I do remember those times when I can perform 6/6 successful war hits (not consistently though) when my 5 star hero roster wasnt deep enough then, totally relying to 4 star heroes and a 5 star one doing mono. The 6th team was a ragtag group of various maxed heroes put together to defeat one of the weakest enemy team.

Yep. Quite often I can tell if I’m going to win or lose after the first few moves, and sometimes just seeing the starting board can reveal this.

Also I even if it was the way you thought , you first thought should be it must have been those awful boards , where you literally get no matches Until you have less than 100 no each hero , which are too common

I got that Marjana one day before, that’s why she is 1.1

Ok so this is simply a rant thread without any substance - didnt see that.
It‘s weird that you want to rule what should be possible in this game and what not? You didnt even kill the team didnt you? If you take that 2.6k team against a good Tellu team you will lose probably 48/50 times. The 2 times you will feel like a hero. Why rant on this? Be happy with it…

PS: Your team you scored 5 points with is „ok“ but also it‘s totally normal to lose that fight. No strong color vs tank can and will always lose here and there.

That’s not strictly true. You can survive a bad board. I put my mono yellow team out (4K vs 4.1k opponent) and the board was a stinker for yellow. But I was able to get a diamond and clear a chunk of board and the left flank gave me enough yellow to take out the flank hero and charge my 2 snipers to hit the tank and the breakthrough was made.

A bad board isn’t ideal to start but it’s not the be all and end all.