What heroes are the biggest disappointment?

What heroes did you get really excited when you got them but end up being a disappointment?

The one that comes to mind for me is Freya(costume). I was really excited as she was (and still is) my only dodger, except Arfanias.
I thought she would be great in defense and might even challenge my dear Hulda for the main spot. But no, since her dodge only apply to damage she only dodge half of the time compared to cKadilien for example.

So defense wise she is a disappointment to me. What about offense, she is okey and has become best friend with Mr Pengi who thrives in her presence (no surprise there tho).

The upside with her is definitely titans.
We all been told that you shouldn’t bring minions to titans since that is a wast of precious time. But the minions of cFreya are great (especially if every hero has at least two. She has improved my score on holy titans big time (other titans heroes being cGuardian panther, tiburtus, cRigard and Goseck or Khepri.

So what about you guys? Which hero did you get so happy receiving but ended up being a disappointment?

Puss and bootz. Never hets his heal before multple people are dead and with no rez capalities just doesn’t meet the hype

Elradir - He would be more useful if I could emblem him fully, but right now he just does not bring a big added value (considering as well his mana gain nerf)
Scarlett - I know most people recommend her mostly for titans, but I really regret limit breaking her. Kelile is much more useful all-around then her.

Kalo. I was really disappointed when they nerfed him. What I don’t like the most is his very slow mana regeneration. Now he is… Meh, okay? But this very slow…

Reuben: Love the artwork, but he never gets off the bench. Damage is too low, special effect too sub-par.

The biggest disappointment I recall is Ranvir:
I was surprised to realize his miss do not affect only damage and debuffs, but also whether the titan gets stunned.

victor (without costume), got him when he first time released, happt to get v.fast hero only to find he can’t kill anyone.

benched him until now, haven’t tried to play with him again

Unfortunately Baldur is such a waste of special skills.
It is virtually impossible to utilize his power without waking up the adversaries.
This hero needs a makeover asap! 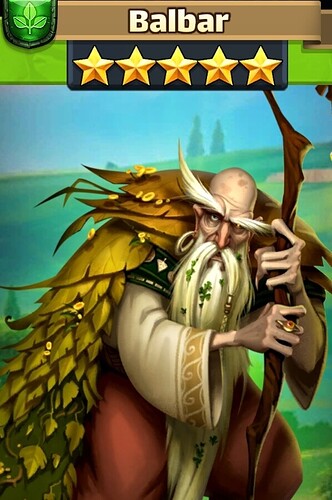 Fore me Anzogh…he is so weak
And Inari without costume…my is normal +20 and breakt but still bad.

Booth breaked and +20 but still meh…but Anzogh ist really the worst. Maxed and breaked him because he was my first fire hero and i liked him and thought +20 and breakt would make him usefull…but nope…

Rokkamush for sure.
I even thought about embleming him initially (I regret maxing him), but I finally realized that when you bring him on an attack team, it’s like you’re playing with 4 heroes against 5. He’s equal to a blank spot on your team and that’s even an euphemism. When I used it, he never hit anyone and those times I found him against my team during tourneys, wow, all of a sudden he’s a killer, 5 for 5 hit, damage and bleeding for all. What a joke of a hero. Lol

Costume justice
She’s totally crap
Even if her allies died her damage still meh for a slow hero
Now we see fast heroes dealing stupid huge damage to all enemies
But well the power creep is unstoppable…must keep the spenders happy…right?!

Boss Wolf. Not even good for VF wars/tournaments.

Caitlin. When the Slayers portal first appeared there was a lot of buzz about her. Howeve, even with +20 emblems (attack path) her damage was often irrelevant. Later she was redefined as a support hero, but I’d rather bring Sonya or Caedmon… These days she is my only 5* without emblems and she only gets off the bench in the odd war team. She is too slow and doesn’t hit hard enough unless the enemy has a massive amount of buffs, by which time you are losing anyway.

Odin. Maxed and emblemed him asap ‘cuz he was thrashing my backside in raids, and he did zilch for my defense him. So I re-jigged the emblems for sword path, and tried to use him on both offense and defense. Same thing - damage way too low. Glad i didn’t LB him. 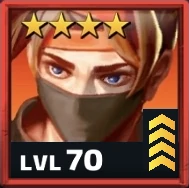 Shale.
Could be great healer if all charges would heal entire team, but with less health (like Garnet).
But at this setup he’s useless, only 3rd charge heals entire team practically makes him slower than Slow.

Guardian Owl…if he was average speed, I’d maybe level him…VS heroes should be devastating in VF wars…he is not

For 5* Reuben and Atomos.
After Atomos was buffed way back when I was excited, since he was my only green 5* at the time, but was quickly disappointed. In today’s meta he is even more disappointing, and either needs a significant damage increase or changed too fast even after he was changed from slow to average (lol).
I can’t say I was overly excited for Reuben, but as mentioned above Reuben’s damage is so weak, and compared to recent heroes of the month his damage should be closer to 300% since his secondary ability is so minimal.

Are you kidding? Paired with a sniper, Balbar is an instant kill for any hero from full health. First his own damage, the lowered defense from the sleep effect then instant kill. Granted it requires the combo, why would you not hit the target directly afterwards. A single tile wakes up the target.

Couldn’t agree more, Elradir was a huge disappointment. Maybe if his reflect affected him and adjacent heroes but the reflect of just him seems needlessly weak.

Or at least increase the number of turns for reflect, three are too few. Quite often you need either to wait with him charged, which is not efficient or have his reflect on for only 1-2 turns. As I’ve seen so far, he is most useful when you have two of him. But these are a lot of mats, training feeders and emblems