What hero that always gets dumped on do you want?

What hero that is generally thought of as not being very good would you like to have?

For me I would actually quite like Ruben, he would help for teams where I don’t want to carry both a cleanse and debuff and would assist against undispellable DoT like that of CAzlar or Jabberwocky.

Also Salmon Loki just because I think would be fun to use on occasion.

I would really like to have Frosth. Peoples says “he isn’t as strong as Bera/Freya” or yadda yadda but his self cleanse on minion removal and rogue class makes him really good.

Also, It would allow me to autoplay harder provinces.

Marjana. She’s the one S1 hero I actually want. She’ll burns your soul.

Love both my Frosth and Noor! Two years in nearly and I’ve got about 240 unique heros so anyone new I’m happy for!

Frosth is a hero I will never give up. 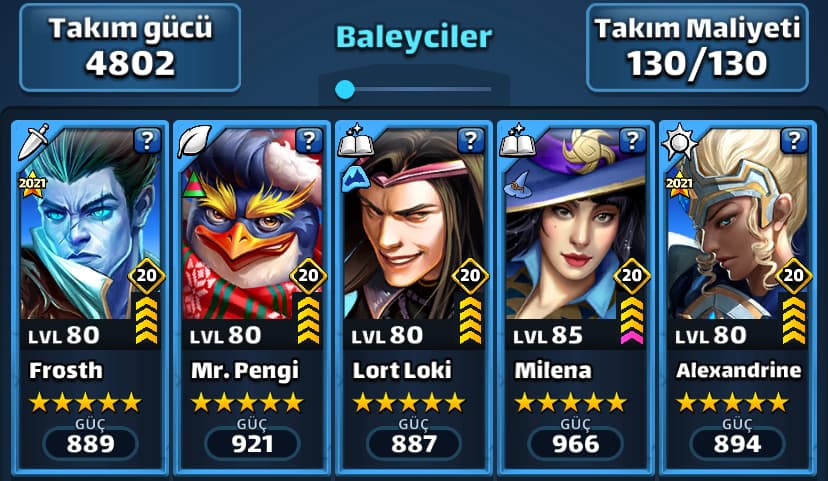 After many months, the OP made me look at Reuben"s card…!

Ain’t E&P fun? I have Pengi and no minion summoners to pair him with… Frosth it is!

One of the pirates for sure. I think they get a lot of hate.

But for instance Lady Locke seems a monster on offense.
I also think I could make Sargasso work.

Costume Richard. I feel like attack down is crazy underrated, and he hits decently hard.

I’d love to have Lady Locke. I didn’t know she was hated.

I limit broke Frosth. Minion heros benefit greatly from it.

Humpty Dumpty, i got Sargasso, but never levelled him…i think Noor is a lot better than her reputation.

You will definitely reap the benefits.

Myztero. I think I’ve seen more threads pop up specifically to buff him over anyone else. But I’d love to have him.

How about Dawa😂? She’s new.

I can mix him with Devana and Uraeus in a yellow stack, add some druids, Vela perhaps, but the druids are inconsecvent and the yellows are not fast enough so Pengi has to wait for them most of the time. That’s as far as my 5* minion spawners go.

TBH I’d take any of them, even Telluria

. I have Reuben and use him regularly.