We need a better offer

We need some kind of once a day offer that offers the best dollar per gem cost in the whole game.

Maybe something like 500 gems for 1 dollar. Purchasable once a day.

SGG should love this idea as it boosts revenue, but it also offers c2p players a tangible path forward to try and hunt down the heroes they really want.

Why not every hour? Maybe every minute?

Because doing so would devalue the current gem to dollar ratio. Want 900 gems for $3… Get the vip. $5 when it isn’t on sale.

How do you know the current offers aren’t “better”? 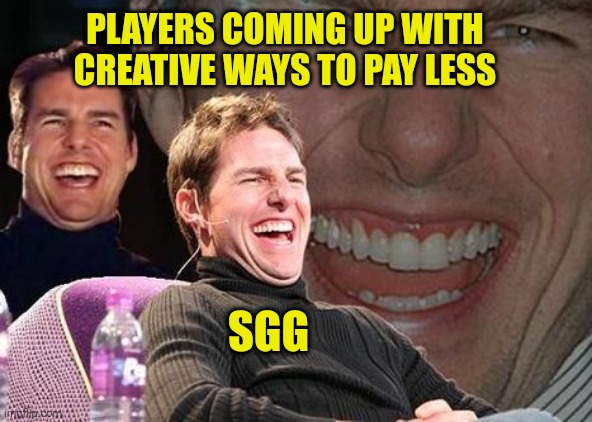 Beautiful offer during those flash sales. Each sale is only about 30mins long and in limited quantities. First come first get.

So yeah $GG can do that if they want revenue badly enough.

Well, it’s the same as for instance, your mobile internet provider. It costs them nothing to give you unlimited data. But, you pay monthly revenue and for additional packages if needed.
If they gave 500 gems for 10 cents, that would still bring them money for nothing and chicks for free

Sorry but i gotta say that it does make a difference to the mobile internet provider. 5,000 users on a cell tower drawing internet is better managed than say 50,000 users cause then telco might need to build another tower in that radius to ease congestion and improve quality of the internet they provide.

The same would happen with 500 gems for 10 cents. They would have to “improve the quality of heroes” because gem is now so affordable that you now need 100,000 gem to pull a Gargyole for example to “distinguish” these heroes from others. You cant have it both ways in this world. You cant pay $50 and expect the same level of service from your mobile internet provider as someone who pays $200. Without distinction, its just communism

I think the difference here though is
That in E+P there aren’t real world limitations. You can just produce whatever you want. Not the same thing as communism where you’re trying to share the cow lol.