I estimate that player participation is down to < 1 million after > 10 million downloads.

Why would Zynga/Small Giant waste R&D if there’s more money to be made elsewhere?

I think SG is going to keep milking this cash cow with new HOTM until she dries up. What do you think?

Starting rumors are we?

…no… Season 3 is not cancelled until they declare it so. In the Q&A that they did earlier this year they declared that there would be a pause before they release Season 3. They also said that they were intending to update the Seasonal Events.

They are currently in the process of updating ALL events, adding heroes and giving them families… Seems that this might be that very project that they are pursuing between seasons.

Also… sources, please. Where are these participation numbers coming from?

I also want to know where to find participation numbers. Would be interesting to see.

Participation numbers, or a lower bound at least, can be gleaned from raid tournament rankings and their corresponding percent tier. For example, if I’m rank 10000 in a tournament and in the Top 1% tier, then I know that there are at least 1 million total active participants.

For example, if I’m rank 10000 in a tournament and in the Top 1% tier, then I know that there are at least 1 million total active participants.

Or, are they just saying that so you think there is 1 million active participants, hmmm.

Small Giant Staff have told me as recently as this week that Season 3 is still in the works, albeit its release isn’t expected soon.

My personal guess is that next year is more likely than this year, given the huge number of other features being worked on currently.

For the purpose of this thread, please be mindful of this Forum Rule:

Do not spread false information

It’s fine to speculate, but for anyone reading this thread, please be clear that it’s solely speculation.

Long answer: this game is not cancelled. They are working revamped events, higher titans and new buildings.

The numbers in the raid tournament are not the the active players nummers. These are just the numbers of player playering in this week’s one raid tournament. So all players, who missed the timeframe to join, are out. Also a pretty high number of players probably don’t raid at all.
The number of total downloads is of course higher. A lot of people install these kinda of games and move on shortly. Sometimes even without playing through the tutorial.

Any participation level numbers without the raw data from the Devs would possibly be false.
Even rate tournament participation numbers could not be used, because players may skip for different reasons… Heroes…, discontent over current loots reward etc. Whereas participation in other events Atlantis…etc may witness increase.
It would be safer not to throw numbers when speculating.

However, from beta info and events unfolding, it could be seen that SG is still on course per the outcome of AMA discussion.

Season 2 took 2 years to come out.

Season 3 will probably be 2 years after that.

Why would Zynga/Small Giant waste R&D if there’s more money to be made elsewhere?

Because their contract with Zynga forces them to make money.

They sold 80 % of the company, and the cost of the last 20 % will depends the money the game generates within the next 3 years.

Zynga to acquire Small Giant Games, the maker of Empires & Puzzles, for...

Participation is down to < 1 million after > 10 million downloads.

Who cares ? The main goal is too keep players in the game, not really to get some more. I think they have enough players right now to still get a lot of money, wich is the goal of any company. So download can get down as much as u want, as long as the number of active players stays arround the same.

13 and 14* titans are just around the corner

No, it is not cancelled. We are already working on it but as it is a major new feature, it will take time to be developed. No ETA yet - but we are looking into sharing a sneak peek in coming weeks, so stay tuned!

this is great to hear, thanks for communication appreciated.

Your 10 M and 1M stats are close but since they got bought for over 750 million by FB’s gaming arm, Zynga, I don’t think they are just going to milk HOTM. They already have new event heroes for each event. They added Muggy to Atlantis. The downloads don’t matter, but 1M active daily users does. Even AAA games on consoles would love numbers like that. Call of Duty which is about as big as it gets, has several million players with a few million actives. A mobile game with 1M active dailies is insane. That is a hit. Not angry bird or candy crush level but for an rpg it is great. With ad money and in game sales they don’t need to just depend on the HOTM.

Also, they released a second game called Puzzle Combat which is another match 3 game that looks and plays just like EnP but the heroes are military types with guns and the tiles change to bullets and missiles instead of troops. It is only at v 0.9 and not available in the US yet they have tons of downloads and a forum with active users. Why would they not want to make a S3? It will renew the older player interest(including mine as I beat everything on S2) but I still play to level my heroes. I know that won’t last forever but hopefully S3 comes out soon and they give global access to Puzzle Combat so I can play that and chase those 5* LOL.

Here is a site with some mobile game stats for those that want to dig around. It is an enormous business. Why quit with only HOTM when a new season would get people to keep playing and with more heroes they would spend more money. 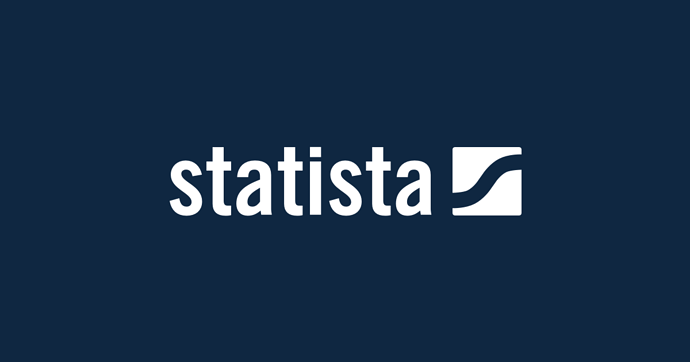 Discover all relevant statistics and facts on the mobile gaming market/industry now on statista.com!

As for downloads, at least 3 of those are me as I have loaded the game on different devices. I’m sure that also counts for many others.

I’d far rather wait for a decent, polished product than start on season 3 “now now NOW” with poorly developed ideas, sketchy graphics and a rash of bugs - wouldn’t you?

Oh, and I’ve been active in this game for nearly 9 months, but have never taken part in the raid tournament and probably never will. It just doesn’t appeal. I’m sure I’m not alone in that.

Well, I have to admit 5 accounts are mine…LOL. My main and alt then I invited 3 “friends” to help me get VIP free and the golden dragon avatar. I am thinking of inviting 2 more to get the 5 “friend” VIP. That would be more users…LOL. Sad thing is my alt account got my first 5* and only HOTM, Aegir, and one of the “friend” accounts has Sartana from the 100 gems that accumulated. I was so happy until I realized it was in that account. Let us trade!!!

They’ll get Season 3 out. Right now they are busy destroying the Alchemy Lab concept. But once that’s over…