The title and the pictures shows everything 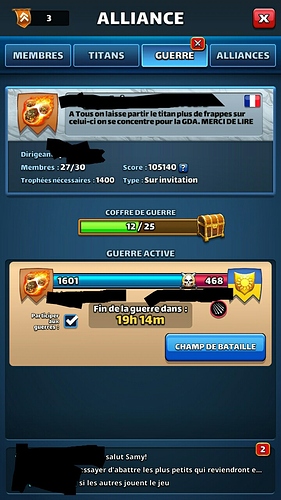 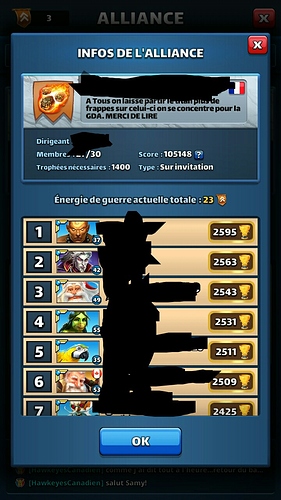 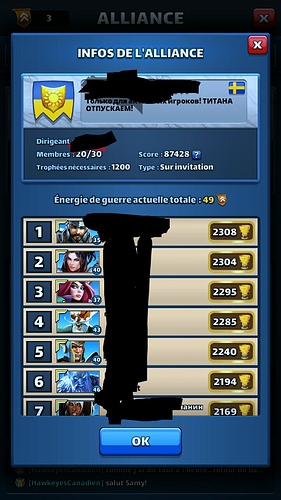 EDIT: we won, but i dont know the point of hiding heroes in war teams and profile, it’s just making easier to kill them.

This war was weird

What are the alliance war scores? It makes sense that your alliance score is much higher since you have seven extra cup totals included. That has no bearing on war match-up though.

How many of your 27 members are participating? Which ones? Presumably seven are not.

If you are going to show scores for wars, then you need to show the war scores not the alliance scores. Click on the question mark.

And yes indeed it’s a 20 v 20, forgot to check that. (We had some new member very recently) i will upload final score when the war is done.

That’s not such a big difference in war score. Hope you have a good one.

I still feel bad for the opponent (I wonder how they got to this score tho). Unless they hide something in their roaster but it’s unlikely because of their team on war board.

I’ve got some very heavy hitters in my alliance, you can’t tell by their cups though. They are part of the population that doesn’t care about how many cups they have. They could easily sit in diamond but they choose to sit in gold platinum. Hope that helps shed some light on what may be happening.

Have a fun war.

Thank you, i will see the final score by myself. For now i will destroy some strong team to help my weakers allies :).

Ok, i delete everything i said.
I knew it, they hided their team and waited until the of the war to hit. This alliance don’t care about teams and trophies.

Why would they do that ?, it’s pointless. i guess ill change topic title

Still a close victory tho 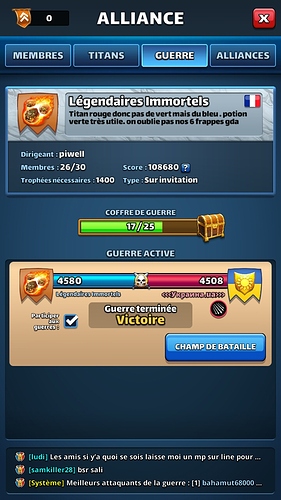 In medium-high rank it can be useful, as the other team don’t really know what overall are your strongest/weaker colors, and can’t build defences according to it.

Let’s say you see half of them has only regular heroes among green color. Blue central can be an option for that war.

Of course defence team is only a small hint on the opponent true colors, but if you don’t care about cups you can deny even that small information.

I dont have greens in my def team… But i still have 5 greens to attack with. I only attack the stronger teams because i can destroy them (4 average)

In general, nothing to be hidden for the war match up.
In the past, YES, their were lots of arguments how the war was matched up.
But with the new system, the match up will come from best 30 heroes power from all ACTIVE members who HAVE TICKED to participate in the war, and they all reflects in WAR score.
So, all in all, team profile of the opponent will not further telling or hiding anything much anymore.