Hi everyone, I am looking into improving my war defense team, I am usually being defeated in just one attack. Our alliance uses blue tanks, and my current team is the following: 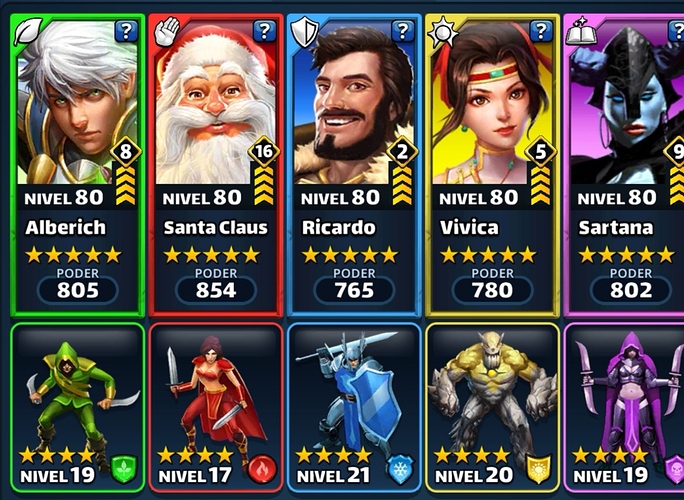 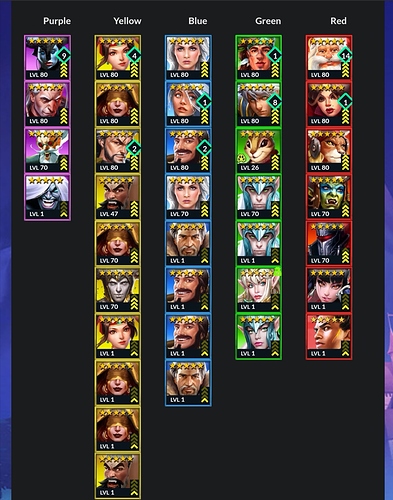 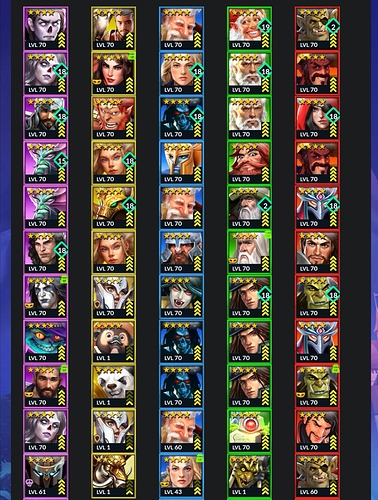 I am thinking about something like Alberich Zim Vela QoH Tarlak, but 3 druids on the same team doesn’t feel right. Same goes for Santa, a monster on defense but slow, and I think I have too many slow low heroes…

I will definitely try different teams on my defensive team for raids and check how it goes, but would be great to have some suggestions so I can try with those teams.

Emblems csn be switched into other heroes, nonproblem for that. When I got Alberich I thought, amazing hero! But now I am not too sure, and even starting to think about giving his emblems to Vela or Zim.

What do you think? Thanks a lot in advance

But for now, you can try Alberich - Zimkitha - Richard - Sartana - Musashi

Two slow flanks is probably your biggest reason for the poor results. Two healers I wouldn’t use unless maybe Field aid war. I think Richard needs to be your blue tank and Santa and Alby need to stay there. Vivica is the weak link IMO

Or talk the alliance into switch to a red tank

That’s not an option, they don’t have good red tanks and, in general, is easier to have good blue attackers than green.

Totally right about the 2 slow flanks. Problem is that Alby is not enough, even IF he fires, probably there won’t be too many heroes to heal (and over time), and that’s why I decided to add Vivica. Other option to have one healer is to use max emblemed Rigard and Musashi/Onatel

Yes, Costumed Kadilen is the next one to level up (I need to finish Ratatoskr first). Will try with the team you suggested, many thanks!

Yes- and not just the flanks, even the left wing.

@RandAlThor, the entire left arm (so to speak) of your current defense team is slow. The center is average speed (although a good tank), and the right flank is slow again.

If I face this team, I will not let go of a chance to attack it. (And I’d probably stack blue against it.)

By the way, your current team also lacks enough firepower.

@ThePirateKing suggested quite a well-balanced team. I’d recommend the same.

A little off-topic but I see your costumed Kadilen is at 1/1. If still so, would you mind posting a screenshot of her hero card for me please? I collect the unlevelled cards and she is the only one I’m missing. Have spent weeks trawling through Google searches

It would be much appreciated

Unfortunately I have already started to level her up, sorry

A few months have passed, I joined a new alliance (this one with Green tank) and got new shiny 5*s

Following your advice I run this defense team (I am still levelling up Kadilen without costume, that’s why she doesn’t have emblems right now): 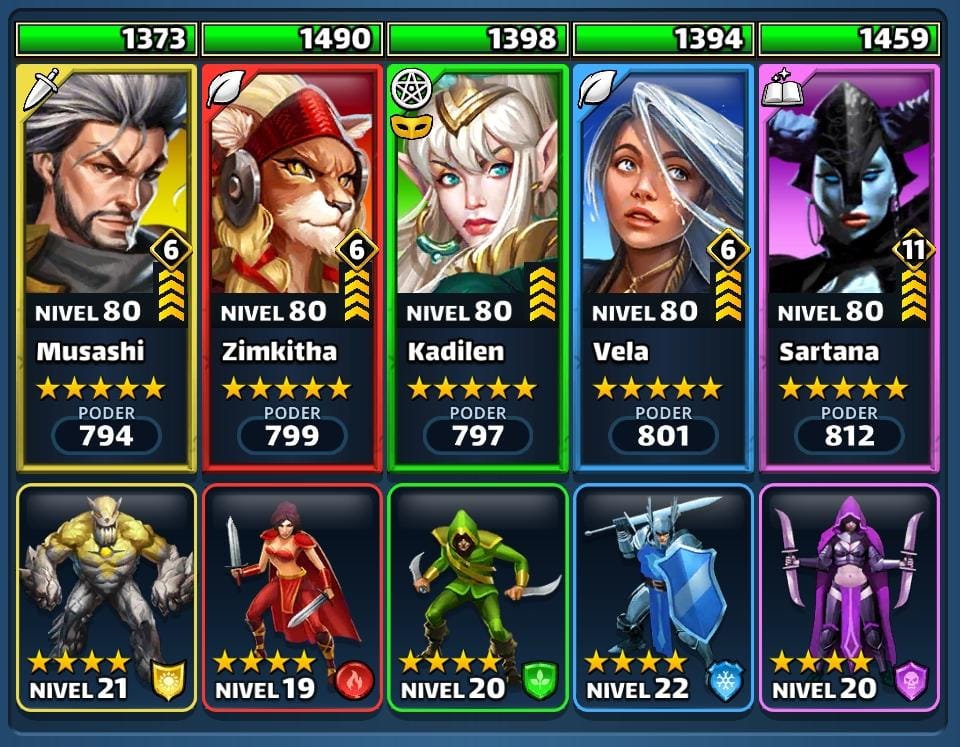 As you can see I have emblem issues with my 3 druids. Even so, usually takes 2-3 turns to kill my heroes in AW so I am happy, taking into consideration that Kadilen is still unemblemed.

My question is if there is some other hero sitting on the bench (like BK) that can help my defense team to perform better:

Should I ascend BK and place it in place of Zim? IMO both Zim and BK can perform great with Kadilen as a tank.

Thanks again in advance everyone