War Chest Did Not Reset

My war chest did not reset after I opened the chest.

I tried logging out, relogged in. Nothing worked.

Until I opted out of war. That did the trick. The chest resetted.

I have sent in a tix to CS.

This post is to alert others who face the same situation. It could be due to V54.

After opening the chest: 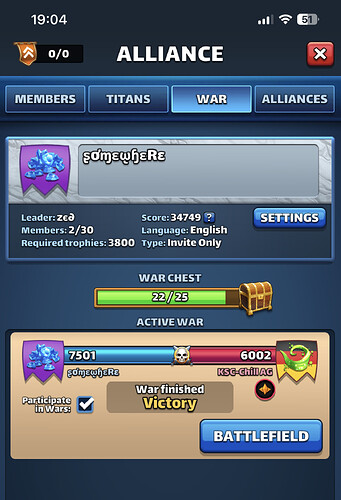 Proof that I opened my chest:

This is what happened after I opted out: 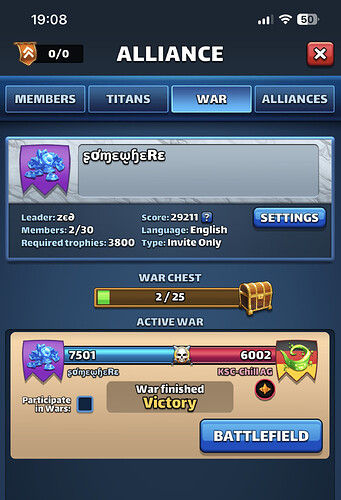 So much for no more gaffes

CS responded. Essentially dismissed my tix because the bug would be experienced globally and they would be alerted.

Their response is exactly the same to that given to me for the WT Raid history bug until more and more complaints were posted in forum. Till Zynga couldn’t ignore it any longer.

This is going to be fun. Heh heh

CS responded. Essentially dismissed my tix because the bug would be experienced globally and they would be alerted.

Yea. Their apologies for the gaffes clearly were just for show. Absolutely astounding that their CS after everything that’s been happening is this blunt in being useless.

I insisted on a re-review.
Interesting times ahead.