War - Bugs | Is that possible? 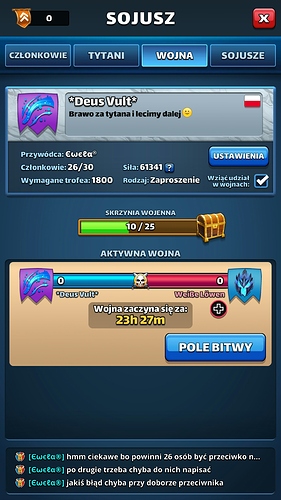 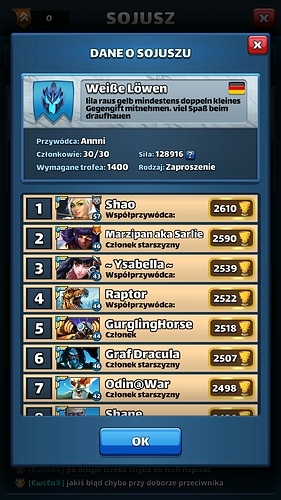 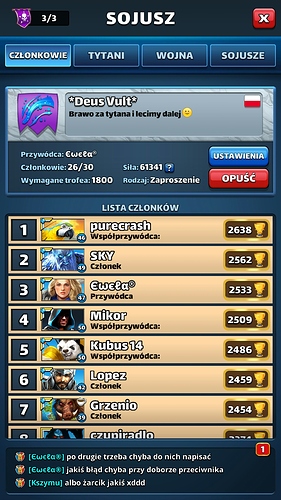 Please look at these photos. Difference betveen clans in power is too much I think. Is that even possible to win? We as a weaker alliance propably haven’t any chance of winning… I am waiting for an interesting comment because for me it is a big mistake…

Their alliance score being more than double yours, that seems like a rather incredible difference.

But looking at the top 7 players in the screenshots, the cup counts are pretty similar. That’s a curious contrast. Are you a very new alliance possibly, with a still low Titan score?

Could you share screenshots of the alliance scores broken down in Titan and trophy scores for both alliances? 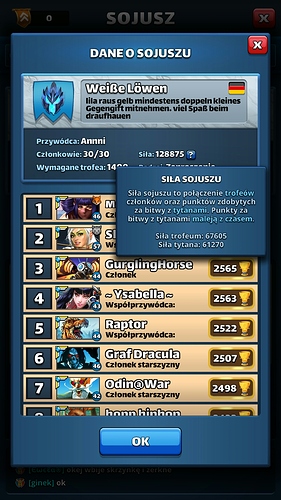 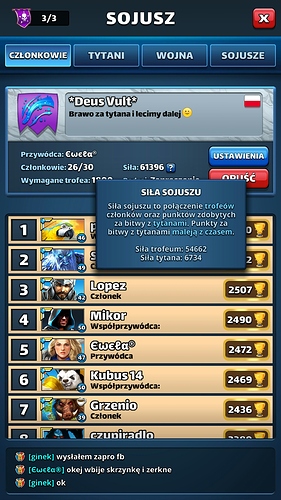 Yeah, we are new alliance from few days. Titans with 4 stars actually. I don’t know how that system is working power of trophys VS power of trophys their? But even is too much difference in trophys… I would like to know the reason and someone who is able to write how the system of choosing an opponent works in this situation.

Only the SG developers could write how the system works, we players can make some guesses though.

They’ve recently added some code that takes into account the previous victory/defeat ratio. More wars you have won => you get tougher opponents. Fewer wars won => weaker opponents. Your alliance has a 100% victory rate over two wars, so my guess is that that’s why you got stronger opponents this time. You’ll just have to lose a war or two I suppose, then you’ll get normal opponents. If all this seems unfair to you, well I’m just explaining how it works, I didn’t come with the idea.

Regardless, it looks like some in their alliance have opted out of war since they have 4 more members than you do. Expect to see about the same amount of teams on the field tomorrow. That will give you a better picture of what you’re facing.

Also, alliance scores are not used in matching any more as they can be manipulated. I still look at it, but only as a quick glance at how active our opponents are

Indeed, the number of participants is also important. @Ewelina, when the war starts please let us know how many members each alliance has on the battlefield.

Yeah, we are new alliance from few days.

Just noticed this… New alliances do sometimes get bad matches as there’s no history to help with matches.

I agree with @kahree - please update us tomorrow on how many opponents fielded teams. 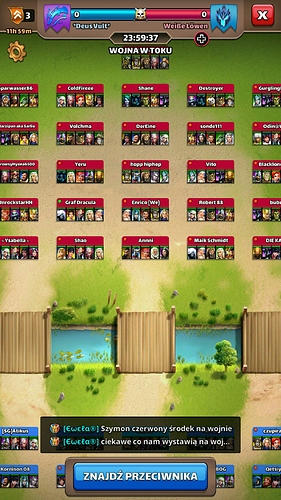 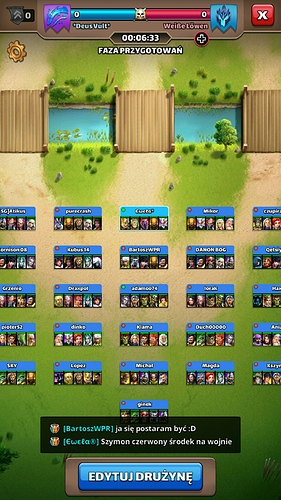 So… It is 26 vs 26… We have misunderstanding here. War started 1 h ago and they will make reset very quickly. I have no words. I hope that someone will do something about it in the future because if now is one such situation, there may be more of them. Such mistakes discourage the player from continuing to play. Everything I wrote here is just my opinion, my remarks. All the best!

PS. Sorry for my english… xD