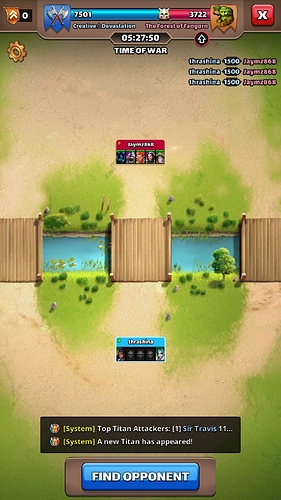 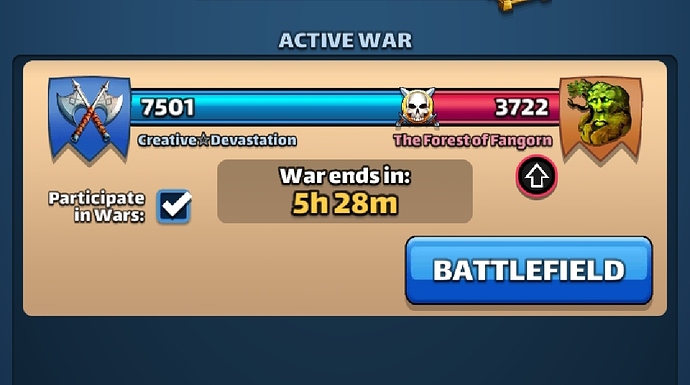 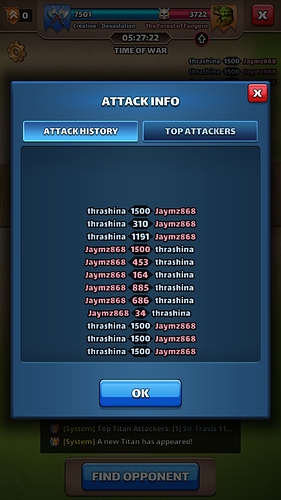 Probably a matter of rounding.

Btw, cool one on one war.

Thx. That is what I thought too. But seems like they could fix that. It is just subtraction.

You are right. What if the both sides make the same number of eliminations? 5 you and 5 the opponent? And in the end you see the opponent has 7501 and you only 7500. It is fair? Of course not. And this is just a minor issue with the wars. There are others greater… They don’t really care. There are old issues with tournaments too. Very old. Known issues. They don’t care. And they rush the thing every time making them mediocre at best. They didn’t fix yet the buff booster. They just released a hotm full of bugs, Kingston. And they knew in beta about this issue, because was reported. But do they care? Neah… They have no shame at all. And most complaints here on forum, are just for discussion between members. Amen.

It’s probably not just subtraction but a percentage based on health left vs total health, then rounded.