So when I enter the trials of mysticism, I don’t get the option to select my team. I lost the final level as I was not able to make a choice of which heroes to use for the battle. 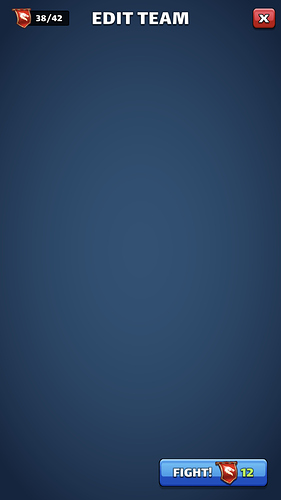 Other people have had this before, and apparently were able to resolve it by restarting.

I am unable to edit my teams – Blank Screen Bugs & Issues

In season 2 I was trying to edit my team, but it was a blank screen. I was still able to fight bit not with the heros I needed so I lost. Then I tried to edit in the raids and was still unable to edit. I also tried a regular edit and it was the same results.

I’m not able to choose or edit and offensive team in Raid Tournaments or the Shrikewood Quest. [Screenshot_20190502-070245_Empires]