I’m extremely bored today and have an hour to kill so I decided to spend some of it going a bit deeper into analyzing how good the deal is.

other positive: side to doing this is your war team will go up .

Haha yeah all my teams can go up at this point. Started back in November. Have 4 4* and Santa. I’ve got a backlog of unleveled 3’s already. But nice to have some variety!

Pulled 5-6 last Atlantis due to shortage of gems. Would’ve waited for a 10 pull but knew I’d get some upgrades either way at this point.

Was wondering if the Atlantis ascension mat chest carries over to next month or does it reset back to 0?

Yes, it carries over

It carries over, unless you max it out, so, even if you did 3 single pulls, then another 3 30× it will start over again at zero. Those 3 random singles wont carry over!

I’m thinking of buying it for the gloves. I have 6 rings, but 6 different 5* red! Sooooo

Ugh it’s tempting but I need to stop spending money on this game. Anyone know what the next monthly event is going to be? Pirates?

Anyone know what the next monthly event is going to be? Pirates?

Yes, Pirates is next.

Pirates should be Thursday. @Kerridoc stated Wonderland is not in Beta yet so likely will not be released in first quarter.

Pirates should be Thursday. @Kerridoc stated Wonderland is not in Beta yet so likely will not be released in first quarter.

Thanks Sling. I think pirates was the first event i participated in? I’m kinda excited. I wasn’t gonna spend any money, but i really needed those gloves! So! I guess i have enough for a 10 pull! I’m full up on Atlantis heros. I’m not gonna try and chase the rereleased hotm this time.

Then, i accidentally clicked the offer putting it in my apron, and Google offered me a discount when i backed out…

Pirates event has some unique heroes right? Heard Cabin Boy Peters was good. Guessing I should probably save them for Atlantis though lol. 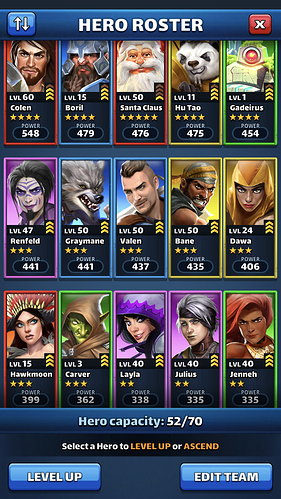 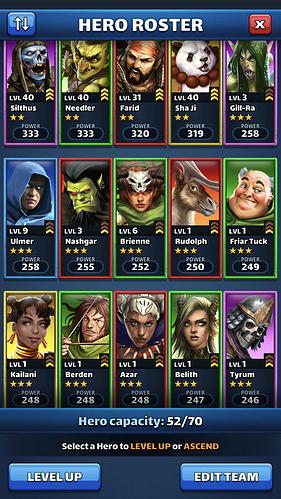 Peters is good, though Hansel from Grimforest is similar in general effect and a bit better IMO. Boomer isn’t very good, Sargasso is middling but nice under Field Aid as a healer blocker, and Locke can be nasty if you don’t have someone like Zimkitty, Rigard or Vivica to counter her special in raids and wars. I’d like to level her one day.
Kestrel I don’t have, but from my experience raiding against him is middling - not bad, nothing exceptional.
Overall, IMO only one hero in Pirates, Boomer, is particularly not good, but even the best of them isn’t a stunning gamechanger. If you’re CtP, Atlantis is probably the better draw IMO.

Cabin Boy Peters is good, as is Lady Locke.

However, on the whole, the consensus is usually that the heroes from Pirates are overall less thrilling than those from the other 3 challenge events.

Given you have plenty of leveling to do as it is, and are C2P, I’d encourage you to save up gems for Atlantis or a future month’s challenge event heroes.

Looks like we had the same thought at the same time.

Sounds like a plan. Here’s to hoping I don’t get 3+ Gil-Ra again! Need more purple, but not that bad.

This is a good deal especially with 3k gems and mystic ring. Also, for those having trouble getting gloves.

Well as @Rigs said, it lies in the eye of the beholder. I always like to stock up AMs. If you play this long enough, you will probably say “I should have bought the offer then cause now I need one more to ascend my 5*”

Kageburado says they go well with a cold beer, and even 10 at a time, they’re not excessively filling.