Okay, I’m feeling a silly moment coming in, so feel free to laugh at me and ignore, but: 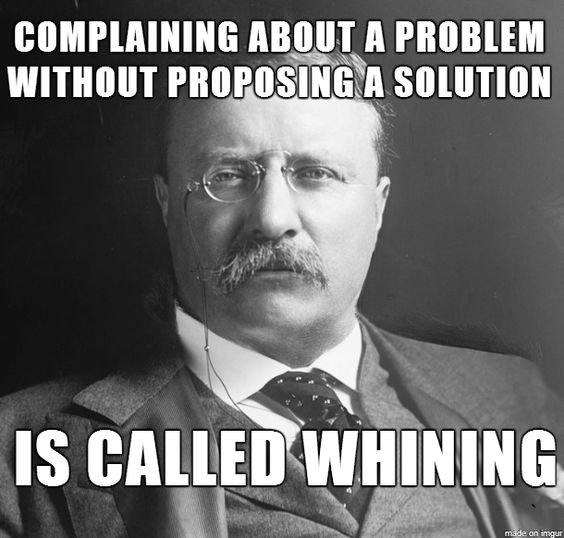 I’ve just been sitting back and watching. The joke was lost on most folks. Others responded with just about as much grump/snark as expected.

Either way, I feel my points (while masked in my own brand of humor) were still valid. Its amazing to watch threads degenerate.

Thank you for being you, Rook.

I’m just telling that it can’t be constructive

The Forum exists for constructive discourse. I’ll continue to believe it exists. I’ve seen it here. Like a unicorn…

And we have a loop.

So because the suggestions were not implemented exactly the way people wanted them to be, the developers are not listening?

There’s gap between suggestions and implementation. Players don’t get what they ask

Acknowledging they have “tried” to implement and are working on implementing desires of their players is real and honest. The gap between suggestions and implementations is real also and will remain to exist.
Some choose to be optimistic and happy about implementations that are somewhat in the direction of our wishes. Others choose to be disappointed and mad, because the developers did not implement the wishes in the best way possible according to the opionion of their players. In the case of Loot Tickets it is monetization, which is a very sensitive topic already.

Fact is that you can bring to the table as many suggestion as you can, but if you don’t know even if they read it it’s just a good conversation between players, nothing more.

And this exactly causes all the complaining. Imagine you’re the boss of several employees. Ultimately, you set the standard of what flies and what doesn’t. You want your employees to come to you with concers, which you want to hear out. If these complaints are reasonable, you do what you can to solve these problems, which includes sharing them with people above you if you don’t have the power to solve them yourself.

Let’s refer to SGG as the boss and us players as employees in this example. SGG still has to create a clear way that we see that our concerns are heard and resolved. Polls, panel groups (besides Beta testers), skype calls, more active participation in this forum and whatever else you can come up with. Their transparency and clarity can be improved in favor of the feedback they will receive. I think that in this more transparant and clear way the complaints will be more constructive and will be written in a less frustrating context.

Does it solve any problem? In the best case it publicizes problem.

Why is constructivity and less frustration in my opinion more valuable and necessary?

So keep quitting and whining for all of our sakes.

Nothing is less true!

I rarely come across suggestions that improve our “game-life” AND respect SGG’s turnover. Yes, they may (and maybe should) want to earn less on different aspects of the game, but a suggestion with a combination of both will be more inviting in my opinion. 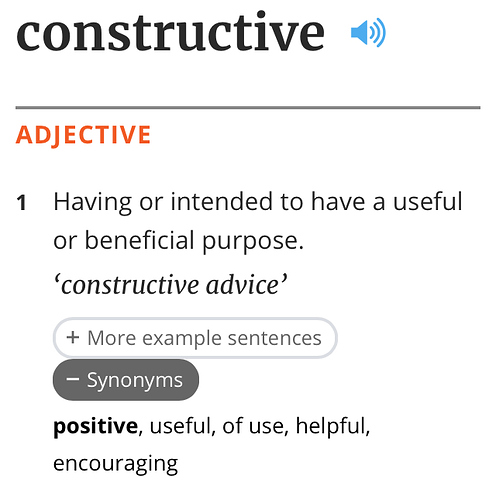 That is friggin hilarious, you sir deserve a golf clap and a beer, get this man a beer, and ten minutes with an attractive lady or a better looking chicken either way I’m sure he would be greatful.

@InsaneEmu
Thanks 4 the cheer from down under.
That was great mate.

But I find the roos are more insane than the emus though.

You’ve obviously never tried to ride an end, or been to the birdsville races to watch the shananagans, bloody hilarious, no worries on the cheer well deserved I say. Have a goodie.

Totally agree. The whingers come across to me as self righteous- they’re saying they should be able to be top players without spending their money or too much of their time. Life ain’t like that.
I am mostly free to play, and I see that as a privilege. I get to play this cool game for free. And if I put enough time into it I can become a top player, eventually, if I want.
By definition only a few can be at the top. The fact that spending will get you there faster and more effectively is just the way life is.
I say enjoy the game for what it is. If you don’t, quit.

Even at a prestigious & wealthy Bank, when closing your account, they ask & want to know with interest (*no pun intended) why you have decided to close your account with their company.

They don’t wave their hands in the air & say,
"oh just be on your way will you. just quit & leave you winging whiner. We don’t want to know about your reasons, so just talk to the hand."

And when your top account holders start to leave, that should sound the alarm bells right there.

I think you have it the wrong way around. The people who complain (ok let’s not label them, they are all different) about the structure of the game are the ones being judgemental and waving hands in the air.

I’m just saying I like the game so I keep playing it and agreeing with the notion that if people don’t like it they are free to stop. I don’t think that’s disrespectful to them.

I do think many of the complaints about lack of opportunities for ‘free to’ players are wrong. There is always a commercial reality which means payers will be advantaged. Nothing wrong with that.

I’m just saying I like the game so I keep playing it and agreeing with the notion that if people don’t like it they are free to stop. I don’t think that’s disrespectful to them.

You’re ignoring the fact that a lot, if not most of those people have invested time, maybe real money, and a little bit of emotion into the game before the developers introduced something that changed it in a big and significant way, where the game is no longer what they initially invested in. I’m speaking from a similar experience with another game, not this one, but the exchanges here are virtually identical. People complain for these stated reasons, then another population of the group inevitably proclaims that if they don’t enjoy playing, they should just quit. If only it were that easy.

It’s not like you just walk away and all is now even; there is a sense of having something taken away from you, along with a very real resentment because of it towards those responsible, hence the complaining. People pouring on with the apathy just adds fuel to the fire.

Avicious, founder of the most prestigious alliance family in the game, has raised his voice to point out the recent changes / nerfs in the game. The respective thread has over 600 postings now.
And - if anyone is at all familiar with the EP community - the players posting there, chiming in with their concerns, read like a Who is Who of the community.

Never mind if some obviously newer players seem to think that everything is a-ok. Maybe we can ask those innocent souls again in a few months. If they are still playing then, that is.

But if you aren’t happy or enjoying the game? Just stop playing!
If you’re mad about losing money? Just stop paying!
You don’t need to stress yourself out any more than yiu already are.

Maybe those paragraphs you’re skipping had the solutions in them?

I’ve seen asked for, specifically in 7DD thread: IMPROVED rates. Rates being displayed in all summon areas. Guarantees or a system to guard against repetitive bad luck (every 3* pull slightly increases chances for 4* or better) … or a way to ‘trade in’ bad pulls either directly for heroes OR towards more chances.

So, either you missed all of this somehow / aren’t paying attention / don’t want to be part of the solution.

Just because YOU are blind to a problem or gleefully ignoring it, doesn’t mean other people have to.

IN MY work, we look at a problem or a complaint as an opportunity to improve. So if a bunch of our customers say “we want transparency in pricing” we look at a way to make that happen.

If SG doesn’t know that’s something we value - and if we are not clear in exactly how important that is to the user base, then WHY would they make the change?

So I’ll tell you something: be a part of the solution, or you shut YOUR mouth.