I know that it’s really kind of incendiary of me to say that, but I have my reasons… some of which I’ll share with you and others I will keep to myself.

Grumpy will grump. I got it.

But if you aren’t happy or enjoying the game? Just stop playing!
If you’re mad about losing money? Just stop paying!
You don’t need to stress yourself out any more than yiu already are.

Must have touched a nerve.

You had me until the last male bashing paragraph, which is sort of ■■■■■■■ but what else do you expect from a female? (See how bad that sounds)

I know! I opened myself up for that one intentionally. It’s all about the structure!

I opened up with an incendiary comment, I closed with one. In the middle i stuck some stuff that made sense.

Did I do it to make myself giggle? Yup.
Does sarcasm & dry humor lose a little steam in forums? also Yup.

“Consistency is not really a human trait” - Maude

In the end, I think you just ruined a perfectly good post with points a lot of people agree with.

Aren’t we all just shouting in the dark?

I don’t disagree with you.

But my post that plucks at the “i’m gunna quit” and “im done spending” aren’t really much different, just an opposing side. People that want to see the negativity will see it, and people that enjoy a little dash of intentionally ironic, self-deprecating humor might catch a bit in the post.

The irony of the post was half of the point of posting it. The other half was to express my annoyance at people who expect something more from the game than they get. Either way, I felt that I expressed myself well enough.

At any rate, back on topic, the irony of the post mirrors the irony of the complaints about people who complain about spending too much on a free game that does not require you to spend real money on it.

All the rest is just different-colored versions of grumpiness.

Except the last paragraph, I liked this.

“Yes, it’s very sad that you are leaving, but what are you hoping to accomplish? Is there a better way to accomplish it?”

I know players have some very grievances and they want to air them, and I can respect that.

I do wonder though sometimes at the logic (this is me—player—thinking out loud):

I know SG received a large amount of capital from investors (reported in February?) and monetization creep has been shifting the tenuous balance between F2P and P2P.

What makes more sense: That the investors are demanding things, changes, money-making shtuff, or that SG has suddenly turned evil, is twirling their mustaches and tying the damsel (us players) to the railroad? Hmmmmm…

I suppose I could have stopped after I made my point.
(But, then again… that would make me a totally different person!

I think that, to your point, SG responded to players clamoring for more ascension materials and stronger heroes which, hey hey, coincided with their desire to make more money. So they make these little packs with ascension materials, add in extra heroes and this forced them to tweak some settings / buffs / drop rates down to keep the game stabilized for as long as they can.

There isn’t really a perfect solution with games like this and, on the whole, they’ve made a good enough game to get people hooked. You’re not going to please everyone, so you try to please enough money to get people to get money… or something like that.

I’ve been playing long enough to know that the only reason I keep playing is because I’ve developed some friendships along the way and met some very entertaining people as a result. If it were just about the drop rates… perhaps I would post an “i’m quitting” post of my own.

This one, “with all its terrible terrible flaws”

, clocks in at 15 months, so they’re doing something right for me.

I clearly enjoy it also, which is why I look for easy and small ways to make the most improvement without creating imbalances.

And yes. The healing buff for the enemy is horrible and should be banished from memory and future existence 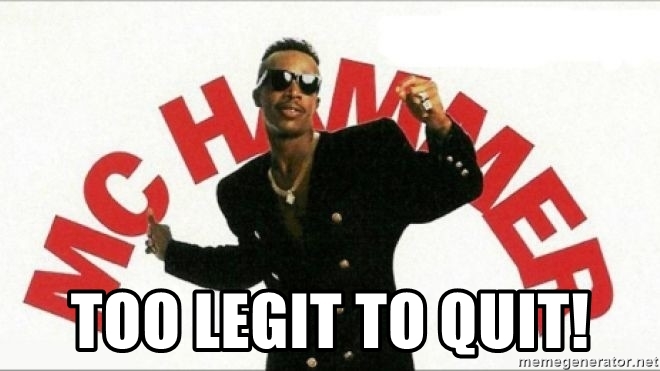 “oh noes! The Leader of Four Days Arrived is upset, we’re doomed, let’s give them good drop rates to appease them!”

I reached this … and couldn’t continue reading,… LOL.

So you suggest to simply accept whatever developers bring to us or eventually disappear in silence.

No, @Elpis, she suggested bringing constructive suggestions to the table instead of ■■■■■■■■ and whining. Instead of just saying “this is a problem,” offer suggestions to solve it.
If the amount you’re spending on the game outweighs the value of the enjoyment you get from it, stop or reduce your spending.

Will suggestions change anything?

They have in the past.

so is the reward for completing seaon 1 coming for sure or is it one those things that are present in beta and subject to change, this is not a dig just an honest question.

Until something is out of Beta, no one can say for sure. They can give you their best guess.

I would think a reward would be popular, and not recommended against. I’m looking forward to seeing what happens!

just checking if it was confirmed to the beta testers, so i’ll take as a strong probability that it will happen then, not as a fact, thank you for your answer

I was happy with what I saw in Beta. I’m reasonably sure it will move forward.