🏅 [Third Raid Tournament] Attack Tracking – How is Your Defense Doing?

With Raid Tournament matchmaking still being worked on, the distribution of attacks across players has been perplexing so far, and a frequent topic for discussion.

This thread is for sharing your experiences each day during the Third Raid Tournament.

How may times have you been attacked? 24

What grade does your defense team have? B

What is your defense team?

Please direct all questions and discussion about teams, hero selection, and Tournament rules to the main thread:

This topic was automatically opened after 20 hours.

This is the first time my defense hasn’t been hit a 6+ times before I even woke up.

one attack so far on each char, and surprisingly all wins. main has a decent defense team with maxed Santa and maxed 4* the rest. 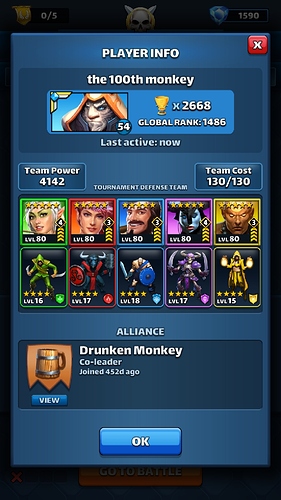 Also 5 more attacks here, now on 6-5 and still grade B. Not too bad I guess, especially since 10 out of the 11 attackers have higher TP on their def team than I have on mine.

7 attacks here so far, 4W-3L. This is an improvement considering I had 4 in total over the entire last tournament (and none in the first :D).

Win 1 - Loss 2.
All happened in the first 15 minutes and after that no more attacks.
Exactly the same as previous war. Now need to hope that I will still get some attacks.
Attacked by teams with a lot more power than my defence has (full 5* hero’s all with emblems vs my 4 5* hero’s 3 of them have emblems and 1 4* hero without any emblems).

So far, so good 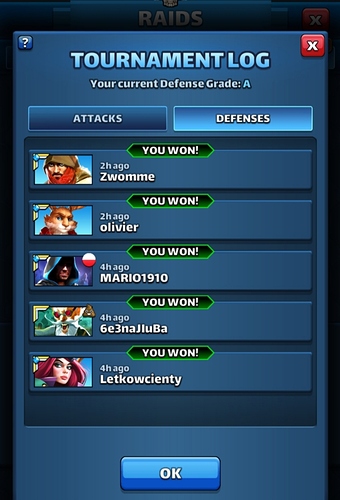