Seeing lots of top teams w/ at least 3 W3K heros and then 2 other fast minion summoners, looks like this is going to be the next GTV or Christmas hero’s fiasco. Wonder how long it will be before SG changes the family bonus, or somehow nerfs the hero’s? Oh wait, they 100% won’t do that because the W3K hero’s are behind the paywall. I cannot imagine having to war against those constantly, those lineups are truely no fun. you don’t stand a chance unless the board is hugely in your favor or have to go mono.

To add, it’s almost impossible to beat these teams without an anti-minion hero.

And those are extremely hard to get. Topaz, Grimble, Gobbler, Captain of Diamonds, C Gormek are the only ones that remove minions on all enemies right? Then there’s Erebus, but he destroys minions on the target only so that’s pretty useless. Bera may work but you need to fire her first so it’s not as efficient as a hero who flat out kills all minions. You can possibly also bring Skadi.

Topaz is next to impossible to get. As is Grimble. I know he was in the soul exchange, but so was Mother North and Black Knight so most people didn’t have the luxury of selecting him. CoD, Gobbler, and C Gormek are 4-stars who just aren’t strong enough to hang with these W3K heroes. That leaves what… Bera and Skadi, both of which are also out of reach of many players.

There really needs to be a realistic anti-minion option for F2P/C2P/unlucky P2P players. Hey SG, how about a new HOTM that destroys all minions?

I only have Eloise as my main minion remover.

Edit: oops forgot I had Skadi, Gefjon (steals from one target) and Guan Yu (to use against minion makers)

Alucard will be here shortly in the Halloween portal

I was just discussing this development the other day. After W3K concluded.

It’s as if Zynga/SGG was paving the way for a bumper “Oktoberfe$$$t” when Morlovia launches on 3 October.

Minion counters have been mentioned a few times… but they may actually not even be able to come into play. As soon as the first fast minion maker triggers it triggers the next fastest one, which triggers the next until you find 3 to 5 specials coming at you in 1 to 3 turns. That is hard to survive for most teams, and if your minion counter dies you are done.

Why would you have to able to counter composition of new hard to get heroes with some hero everyone can get? Skadi, Bera and eloise are all way easier to get than full composition of w3k heroes, if any garbage would counter them there would be no point to get them at all to start with.
Your argument is that one single anti-minion hero cannot counter full team of specialized minion summoners, I don’t see any problem there. They have 5, bring 5 as well. Bera, grimble, skadi, guan yu, eloise.

I brought Kvasir to attack a W3K defense once… he died in 4 slash attacks. My idea didnt work out.

Viscaro,Noor and Devana could be helpful too. Noor is slow, thats a problem. But if she fires the enemies minions will get killed next one or two moves.

nah defence heros are the only heros that grt nerfed. im expecting to see the W3K zfam bonus nerfed eventually

Fun fact, in the Beta Version 46 in MARCH we got to test the W3K heros and their initial family bonus was :

After beta testers said this mana gain would be too powerful, on top of the extra stat boost they get during that Event, it got toned down to :

Fast forward „June Balance update“ , aka „we still want to release CaoCao and Sun Quan but whales lost interest in this portal…cough*, comes around and surprise surprise they get a buff:

So we are back at the 10% mana gain passive that betaplayers deemed to be too powerful and it‘s even worse (or better depending if you have those heros or not) when it comes to the initial max. heal per minion at 50HP for 3xW3K heros, which is now 8% and translates into 129HP (lowest Liu Bei) and 139HP (Sun Quan highest)

Quick meta change ! You see more and more teams build around W3K heros on the leaderboard and in top alliance wars. C.Alasie, Khufu who ? If you have W3K heros now it’s the time to emblem and LB them.

Geniuses at Zynga/SG killing 4 birds with 1 stone or how was that saying ?!

1 little buff and they get the majority of the spending playerbase involved.

But: the main issue is not raiding because hopefully you can have a few of heroes mentioned above.

But, the big but; the real problem is war. You may be able to handle one team but to be able to have 6 teams of anti minion… difficult and extremely expensive.

To me it matters little, it´s a game whales play against whales, they can have their little (or big) arms race all they want. Good for SG, fun for me to watch on youtube

If I ever encounter one of those teams on a raid, I reroll, all I care about is to have 2400 cups when I open the box, everything above that is whale territory and does not affect me.

A top 1000 alliance won´t encounter those defenses on a war very often, if we do once every now and then, I will let our top players deal with it. Or well take them apart 1 hero at a time haha. A single def like that isn´t a huge deal, the real problem is when all defs look like that.

I guess it will be mainly interesting to see how far out of the top10 or 20 alliances this defense spreads, but given the hilarious cost to acquire such a defense plus the fact that you have to get 30 people (or close to it) together to do it, makes me think it will be a limited problem for very few people. And honestly I don´t see it any more boring for them than to hit one Xnolphod/Khufu/doubleAlasie/Nad after another.

I beat all those top minion teams with this setup pretty much 100% of the time. Grimble pulls all the weight. 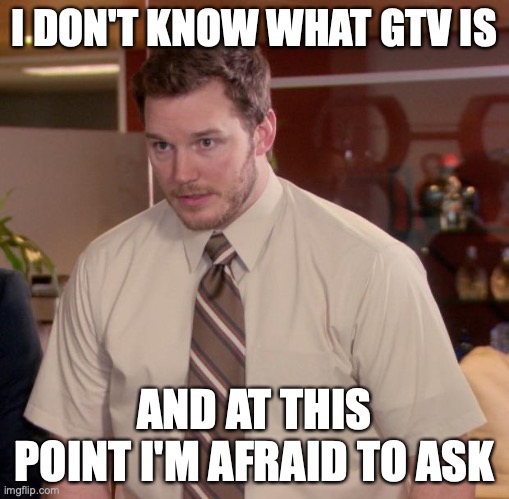 I’m regularly encountering more and more of these cFreya-W3K teams during daily raids. Sometimes over 5 such teams a day. My yellow team with Eloise-Penolite combo is the perfect counter! 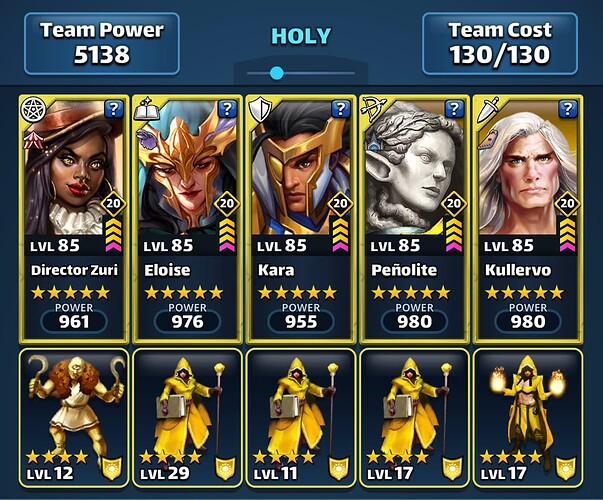 GTV means Gravemaker /Telluria / Vela.
It was the top defense about 2 years ago. It ended with the nerv for Telluria and Vela.

Again, there is no issue in raid. But what do you do when all team in war are minion teams?

That’s a high quality problem for the top 100 alliances!

I can’t wait when they wanna push another portal and nerf these W3k heroes. Forum would light up again