Well… not this particular alliance we just beat…

Other weird terms spotted in alliance chat: Bovril
This is what I deliberately call Boril. Look at him! He’s beefy!

And Bovril is a beef extract drink!

I do worry about sending in a mug of Bovril as my tank though.

What? This has nothing to do with recruitment? Er…
(Cough)
Join us at Fusion Fighters for perfectly normal company!

Trophy requirements: 1000
Still not as high as it sounds!

Invite Only
Knock on the door; someone should be around to let you in.

War policy: optional
Use all flags if opted in.
Coordinated tanks.
Some time sensitive strategy.

War motto: Win if we can, lose if we must, but always kick 'em in the shin!
If you’re more nimble than I am you can try kicking higher up body parts!

Other things
If you have any questions just ask.

What bugs me the most is the game crashed when I was beating one of their top tier members. And of course I get awarded a Eurovision.

Come join us at Fusion Fighters to grumble about war losses!

Hunting ducks flying over your base?
Crafting antidotes to use?
Collecting stuff from the maps?

Why do it alone? Come join us at Fusion Fighters!

Are these supposed to make sense?

Aw… isn’t it nice that we get to go out on a date?

Wait. What do you mean it’s not that sort of matchmaking?

Oh, is it a class or something about making those little matchsticks? No?

Oh, well.
Come join us at Fusion Fighters to ponder such deep questions!

Open
Door has been unlocked!

War policy: optional
Use all flags if opted in.
Coordinated tanks.
Some time sensitive strategy.

War motto: Win if we can, lose if we must, but always kick 'em in the shin!
I do suggest finding a pair of shin kicking boots to use.

Other things
If you have any questions just ask.

Join us at Fusion Fighters.
Currently a top 10,000 alliance!

We kicked shin. And won!

Join us at Fusion Fighters for various shenanigans.

Did you know you could poke that dragon out of the sky?

What? This has nothing to do with recruitment? Er…

Come join us at Fusion Fighters!

Other weird terms spotted in alliance chat: BYPO
Abbreviation of Bore Your Pants Off. Used in conjunction with the word ‘news’.
Basic idea is it is an update regarding personal game progress which is so boring it bores the pants of anyone who is hearing it.

What? Recruitment? Er… but this helps people understand our way? No?

Join us at Fusion Fighters and bore our pants off with your ingame progress!

I was having a lovely fruit tea - what? did I say ‘fruit tea’? Er…
(Cough)
I was having a manly man beer with Quintus when Sartana came along out of TC20, so no fru-- er… beers with my man Quintus. I just had to wine and dine Sartana.

Then as luck would have it Domitia came along too, who I intend to wine and dine after Sartana.

What do you mean this is a recruitment thread?

Join Fusion Fighters and share your meal and beverage preferences!

Here I am twiddling my thumbs waiting for the next titan to show so I can whack it. Might as well check if my titan kit is up to scratch. 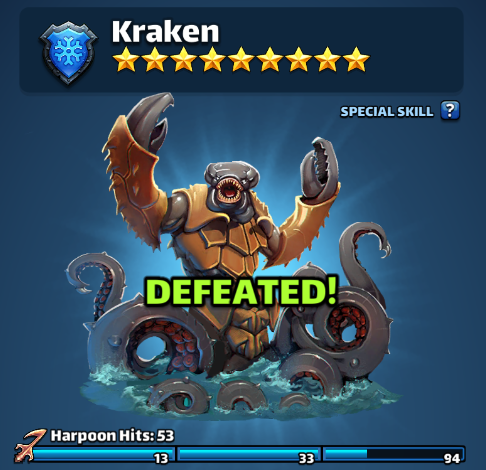 So… where have I put those recipes I gathered for such occasions?

Come join us at Fusion Fighters to ponder the usage of titans after they’re defeated!

After much pondering and looking at how others do their recruitment here on the forums I decided to change the name of our recruitment thread. It’s a really big change which I hope will truly cause a lot commotion and bring a lot more attention.

I think my understanding of the grammar is correct…

Join us at Fusion Fighters!

So after the earth shattering announcement in the previous post, back to more mundane everyday matters.

I resorted to using my 3* mean green machine for the current tournament (3*, no red, buff booster), with my last attack landing me in the top 1%. Awaiting for it to end now.

Come join us at Fusion Fighters to celebrate your personal victories.

Woohoo! I managed to finish in the top 1%!

The loot could have been better though!

Come join us at Fusion Fighters to celebrate the successes and then grumble about the loot!

A resounding victory for us this time.
We kicked so much shin we ended up kicking other body parts!

Fancy joining us for a bit of war?
Consider joining us at Fusion Fighters.

Lately I’ve been trying to research war tactics/strategies to see if there’s anything which is different or can perhaps help our current efforts. Came across a few which might prove interesting as broad strategies for alliances. The info comes mainly from NittanyLionRoar’s Youtube channel, who is leader of Xtreme Panda.

Why bring this up in our recruitment thread? I’ve mentioned previously we use a time sensitive war strategy, and this is the wave strategy. Keep in mind the first respawn is 6 hours, and the second is 9 hours. So there is some possible waiting around for the right time to attack.

If a time sensitive war strategy fits in for you (if you opt in for war), consider us at Fusion Fighters!