That time of the week again. 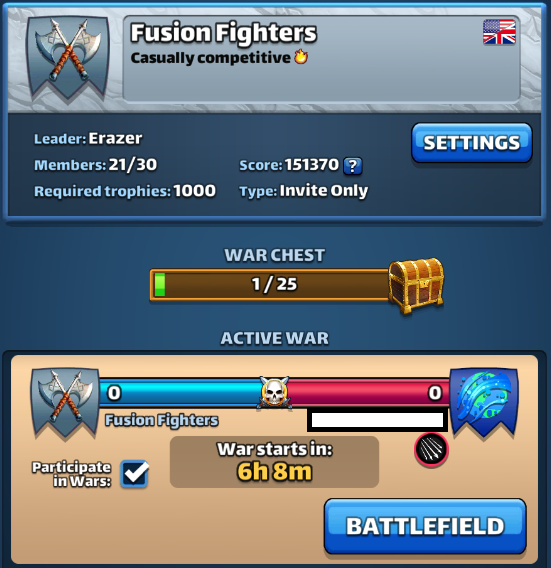 Right. Just got another titan flag; time to give it a whack! 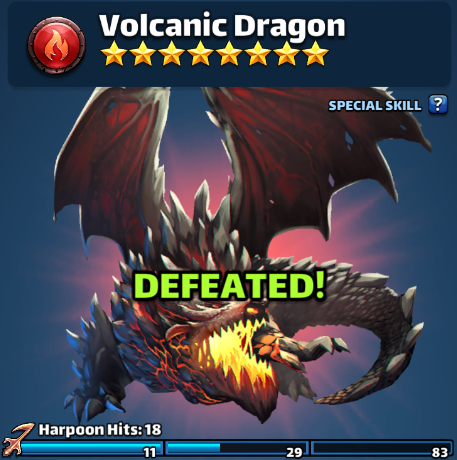 Phew, we managed to win our weekend war. Respect to our opponents who used all their flags.

If you fancy some war shenanigans, join us at Fusion Fighters!

War policy: optional participation
Use all flags if opted in.
Coordinated tanks.
Some time sensitive strategy.

Referencing today’s Valor daily challenge on hunting ducks, why not join Fusion Fighters to show malice to those ducks flying over the base?

While kicking them in the shins…

I’m going to have to check on the size of our shin kicking boots.

Because of some of the crazy Brits in the alliance…
What? No, they don’t have to know I’m British.
… there are some peculiar things which happen.

For example, we like to use pom-poms to encourage our team mates.

It’s supposed to boost morale!
Er… just try not to picture who’s shaking those pom-poms and you’ll be fine. Maybe…

Boy, that was a close one. Those last few minutes are what Sir Alex Ferguson, then Manchester United Football Club manager, probably would have called squeaky bum time.

For moments like this, join us at Fusion Fighters!

Hang on a moment. Our score went down!

But we’ve been winning our wars lately…

Come join us at Fusion Fighters to help us rectify this!

Time to get my shin kicking boots on.

Here’s hoping field aid won’t be a problem. More than likely it will and we’ll complain about it!

Join us at Fusion Fighters to grumble about field aid!

Bah, we lost the war.

I shall have to shake an angry fist in the direction of the tile gods in protest!
And maybe grumble about field aid…

Right, I’m going to take out those frustrations on those ducks flying over the base.
Join us at Fusion Fighters to poke those ducks out of the sky!

So after managing to get a date with Lady of the Lake on Valentine’s day, I have been slowly but surely wining and dining her to make sure she’s at her best. It’s a rather slow process as I feed her.

What? This has nothing to do with recruitment? Er…

Join us at Fusion Fighters!

That time of war again…

Trophy requirements: 1000
Not as high as it sounds!

Invite Only
It means you’d need to request to join.
Think of it as knocking on the door; someone should be around to let you in.

Currently battling 8/9* titans.
Also thumb twiddling as I have all three flags and no titan to hit…

War policy: optional
We have team members who are opted out of war.
If opted in, use all flags.
Coordinated tanks.
Some time sensitive strategy.

War motto: Win if we can, lose if we must, but always kick 'em in the shin!
Shin kicking is important. Kick hard enough we might be kicking other body parts!

Other things
The shaking of pom-poms to encourage other team members is highly recommended!

Because of a certain crazy Brit in the alliance - no, they don’t need to know it was me - there are some peculiarities in alliance chat. The main one is the usage of the term ‘Eurovision’. Probably more commonly known as a ‘duck/goose egg’ or ‘donut’.

For the record, we like to award Eurovisions to our attacking opponents.

It means our defence teams are doing a good job.

We also prefer to not receive Eurovisions.

Woohoo! We handed out three Eurovisions!

Shame we lost the war.

Join us at Fusion Fighters to bolster our war efforts! 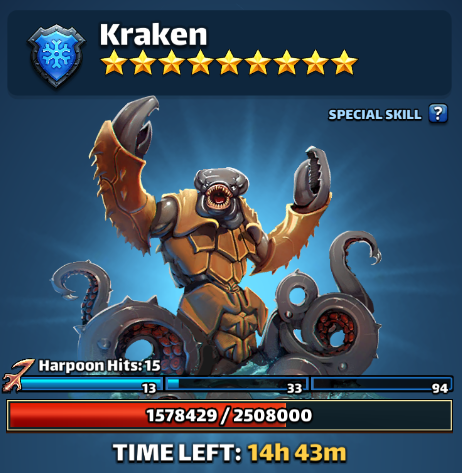 Does anyone have some recipes for kraken? Failing that, crab/lobster and perhaps squid?

To ponder such culinary questions, consider joining us at Fusion Fighters!

Time to break out the war kit of shin kicking boots, mop and bucket, and mustn’t forget the pom-poms!

Woohoo! We managed to kick quite a few shins in this one.

Join us at Fusion Fighters for the opportunity to kick 'em in the shins!