@Elpis I created a rebellion thread for you. Do you like it?

Long live our leader @Elpis, may he bring us to the promised land of HOTM swaps for classics

More non-classic 5*s for FTPs! We don’t want to be trampled on anymore by paywalls!

I’ll be back with the drums and our henchmen.

If you would like to enlist into our service record your name on the form below. 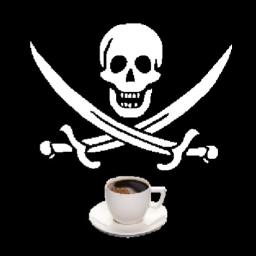 Check out the E&P: World of F2P community on Discord - hang out with 119 other members and enjoy free voice and text chat.

44 Likes
Hero Academy! Can we please have more information?
Progress from Two Years as FTP
F2p/c2p/p2w/casual/competitive
Thumbs down to devs, thumbs up to moderators and my teammates
WHEN SUDDENLY...! Add the Next Line - A story written by Our Community 📖
This is a sad day
The FTP Rebellion. Who wants to join? (Part 2)
What is your E&P resolution?
:test_tube: Early Information on Updated Costume Event (The Masquerade) [Part of The Beta Beat v50]
Help on 4* roster depth/whom to ascend next
Free to play alliances
When was the last time u publicly thanked someone with sincerity in this forum? It's not to late! Show some 💘 now
About limit breakers
:test_tube: Early Information on the June 2020 HOTM (Raffaele)
Upcoming Balance Changes - Announcement Discussion (May, 2020)
This forum is like The Matrix
WHEN SUDDENLY...! Add the Next Line - A story written by Our Community 📖
4 years of playing as 100% FTP
Newbie Token Question
Most heroes owned?
Are season 1 heroes under-powered? No longer relevant? Can they compete in global top 20?
[SACRED] THE 100% HONESTY thread
HAPPY ANNIVERSARY FRENZIED AND IAN! :cake:
Losing intrest in game!
Elpis October 28, 2019, 6:04am #2

I can wave the flag…

Ok senior lieutenant @Witch, I bought lots of flags. Welcome to the Party! 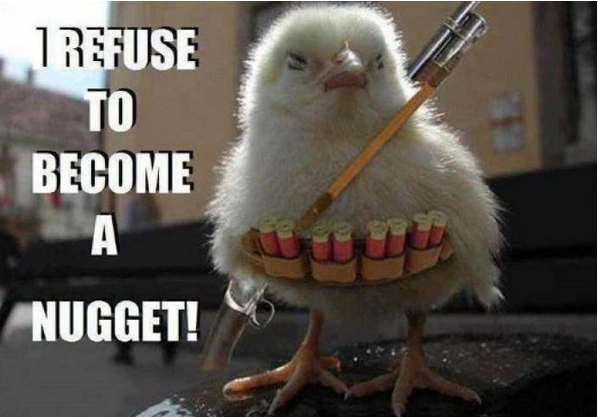 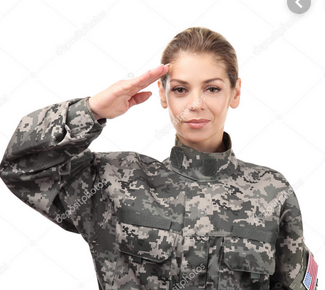 I may not be that perfect son. But i’d like to join. Long live King @Elpis! (Or queen) I’ve been FTP since i began May 2. 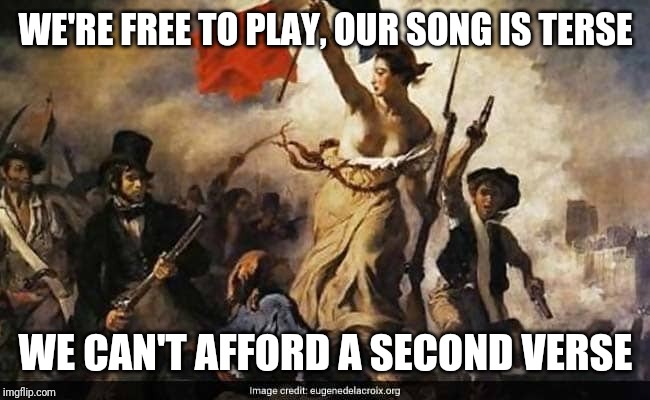 I was wondering why I was tagged in this thread, then went back to glance to see where it originated from… Ah… something that’s in the works (Hero Academy), not even in beta yet. As a gamer, I don’t like to be spoiled, even with beta content (because there is some truth to the material, even if the final product might be a bit different), that’s why I purposely stay away from the “to-be-released” HoTM threads or ones that talk about contents that has not been released. Otherwise, I’d prevent myself from forming any pre-conceived expectation from speculative discussions and thus giving false sense of hope or expectations. Because, let’s face it, aside from players sticking around because of friendship formed from their alliances and and other Personal reasons, when has this game ever given any one “hope” when it comes to game contents in the long run?

Hero Academy! Can we please have more information?

For me “F2P justice” is finally something that don’t require ANY gem at all to work and provide to give a shot on something usually behind a paywall.

Don’t care if paying customers have more heroes, good for them.
They have less desired heroes too, and even them need some comfort for the wasted money.

This response from @Elpis is what I think this might pertain to me. In almost 2 years of playing, I’ve accumulated a total of 15 S1 5* heroes (if you do not count duplicates) and 1 HoTM (Frida), and none of those classic 5* came from the summon portals. I’ve done 1x summons through gems, Atlantis Coins, EHT, Challenge Coins, and 10x with gems. As @FrenziedEye have tagged me, he knows I am a F2P/C2P but what may not be known to some is that I haven’t spent a single cent of my own money or how F2P I am, more on that below.

Oh believe me, there is the conspiracy theory in me thinking that there is a hidden variable with each account that tracks spending habits to see the earning potential (but never disclosed and will always be chalked up to RNG at work by SGG). I have “spent” before. But it’s the Google Playstore promotional credits, encouraging me to spend on things in the Playstore. Hey, they gave me $1, I get to spend it on the $0.99 deal that pops up. I did that about 3 times, but I don’t get to do that any more, you know why? Not because I have not gotten any more promo credits since then, but the Playstore made it that promo credits cannot be used to cover an entire transaction, only partial. So that means, say I have a $2 promo credit sitting on my Google account, I cannot use it to cover a $1.99 deal, the transaction will show I have insufficient funds. But… if there is a $4.99 deal, that $2 shows up for me to use. If you are sitting here thinking I am a cheapskate, and yes I am. And that’s what I had set out to do for myself a long time ago when I started this game, I want to see where I can go with a F2P/C2P roster. If SGG have determined from this point on that my account only warrants TC20 heroes and the 1 HoTM they had teased me with, but from this point on it’s not going to change unless they see more $$ come in, then so be it. Who can blame them, right? They are probably losing money administering my account.

Or, I could be at peace to the fact that my luck is just going to be this bad when it comes to summons for as long as I play this game, which I’ve been doing for the larger part of the time spent playing this game.

I suppose one good thing about not keeping duplicates and no purchase of roster space increases or bad luck in summons is that I generally am not hurting for heroes to work on or whether I might or might not have enough mats to ascend each and every one of them when the time comes.

As to what else @Elpis have said they could use the delaying of Hero Academy behind after public perceptions of Emblems, Raid Tournaments, Hunter’s Lodge, and Alchemy Lab and maybe costumes have largely been lackluster rather than a hurray? Season 3 is on the horizon… The answer, there is always something to hide behind.

That said, when Hero Academy was announced and I glanced over the overview and felt it didn’t quite fit the F2P-friendly model (I could be wrong though, since I only glanced, not wanting to be spoiled with the details)… If in addition to Heroes and Gems has to be involved, wouldn’t it be possible that after you throw Thorne and some Gems in (and time spent doing this), out comes the same Thorne, congratulations, you just wasted time and gems to be worse off than you had been, better luck next time.

When “rarity” was discussed, do they count S1 Heroes the same as say a Challenge Hero of the same star? I kind of doubt it, say if I throw a Renfeld in, I’d expect the out come to be maybe a Dawa as opposed to an Arman. But if I throw an Arman in, I’d be expecting to see perhaps a Hisan, Vlad, Rudolph, Squire Wabbit, or maybe at the very least, another Arman, but not Renfeld (which I am feeling is a possible result), and again, congratulations, you just wasted time and gems to be worse off than you had before, better luck next time?

Going back to @Elpis quote, I wouldn’t care if the whales or spenders get the benefit of even more heroes, they already do and aren’t really affecting the way I am playing this game. With this many heroes (and only going to get more) in the game, there is always going to be better heroes. I told my alliance mates that in about a year or so later (assuming season 3 released), even Atlantis heroes might be rendered irrelevant, because heroes aren’t going to get worse, they need to be better and better for the spenders and hero chasers to keep spending. If they do not commit resources to keep the existing heroes relevant, it’s just going to promote the culture of spending to get the bling bling.

So yeah I wouldn’t mind seeing the butter churning after throwing in a S1 5* and out comes a S2 5* (or some other variety), at least it gives me (along with all the other down on the their luck players) a chance to try them, before they too become just a Burrito.

Yes, large part of the post was probably going to be more suited for Hero Academy discussion threads. But again, I really don’t want to be spoiled, and can only sit here and root for the fight, the good fight for F2P everywhere.

In my opinion, Wu Kong is the most powerful Classic 4* / 5* Hero followed by Rigard, Melendor and Grimm. Boldtusk and Scarlett are good also

Rigard’s Roughnecks
“If We Bleed, You Still Can’t Kill Us”

Melendor 's Militia
“You Only Think You Were Buff”

Grimm’s Growlers
“Defenseless Before Us”

Boldtusk’s Brawlers
“We Are Buff”

Scarlett is a rogue and a pirate

Hahahaha. Count me in for this. 20 months F2P here joining the cause

I made a mascot…but it might get me flagged 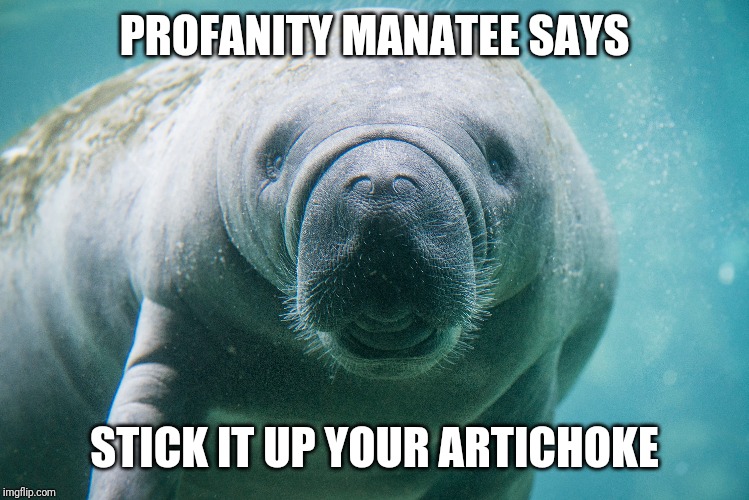 I don’t qualify to join, but count me as an ally

and can only sit here and root for the fight, the good fight for F2P everywhere.

this is a good saying. Yes, i read the whole post, but this struck a good cord in me.

I am very c2p (VIP & a few 1.99 deals), but I was f2p for a long time & would like very much to march with you, even to a sweet & sticky vanilla milkshake virtual death. Will you have me? I lay my virtual sword at your virtual feet (nice shoes @FrenziedEye!!!).

Or borrowing something from the Wolverine / Huge Ackman musical: Les misérables F2Players

Do you hear the players sing,
singing a song of angry players…

I lay my virtual sword at your virtual feet

this reminds me of @JonahTheBard’s post with the Lord of the Rings meme. "You have my sword. You have my bow. And my Harp!

[3dl2bx] Congratulations @DaveCozy and @littleKAF I hope you really enjoy being part of the team, you are fantastic candidates. Look after yourselves and each other

@V616 - welcome to the Rebel base First Class Officer!

@Shohoku79- welcome to the cause Commodore, your thoughts are most appreciated and welcome

@Saphirra - good to hear and have you on board Secret Field Agent Sergeant - have you got a special portrait you can do for our group?

@JonahTheBard - your title already speaks for itself but would you accept the rank of Brigadier?

(These ranks are randomly assigned, no second draws allowed)