What benefit do they have if they set up pulls like this? After 3 events you will no longer spend money on coins. It is more logical that everything is determined by the RNG according to the percentages that you can see. Every casino benefits the most from randomness

The value of pulls drops as your roster expands. That’s because dupes aren’t worth as much as new heros, and the larger your roster the more likely you’ll get a dupe.

It’s not a conspiracy.

If you’ve been around for more than a year or so you’re at the point where only the best heros feel rewarding. And they’re rare. So yeah… summons get worse. But not because of the designers. It’s because that’s the way the game works.

I can understand your frustrations and point. I’ve been playing since 2017 and I used to spend some serious change, something I now regret. But I have some pretty decent roster depth, and I’m in the same position as you - I’m struggling to keep up with these teams. I used to be able to make a run for global 1 on raids, and now I can barely crack too 100. I have tried a lot of different teams, built some pretty decent teams imo and still am having issues against some of these new heroes.

Another thing that seems off is the algorithm on my game. I don’t know if anyone else sees this. But for where my defense sits and the team I have had up, the matches are just a little wild. I can’t understand why they put me up against some of the strongest players in the game, it just doesn’t make sense to me.

I have become an f2p player in the last year, I’ve stuck around because I love this community and I do enjoy the game. It would just be nice to sometimes have some decent luck and not have to take out a loan to have some decent pulls. I always expect disappointment - but it would be cool to sometimes be proven wrong.

I’ve been around for 5+ years and I’ve seen the ebb and flow. The algorithm has gotten changed for the worse, nerfing longtime ca$h spending players in favor of new players and their $$$. My husband who has only been playing a year has observed the shift as well, even as he benefits from pulling all the new heroes for free. Heroes of which I can only dream as I slap my wasted dollars on the table.

There are only 5 3* in Season 5. If you do a ten-pull with a high probability to get a 3*, you have to get dupes, its unavoidable.

Which by itself says something about hero design priorities, when there are only five 3* heroes but when it comes to 5* heroes… (Yes, okay, seventeen isn’t actually “billions,” but it’s still a lot more than five, and only the number of 5* keeps increasing.)

Even a F2P who completes S5 is practically guaranteed duplicate 3* S5 heroes, but may very well never get even a single 5* S5. (I am petitioning to address the latter, but… also not exactly holding my breath.)

Yes thats right, I completed all seasons and have only one province of S5 to play and the new provinces next month.
I have two S2 heroes, one from HA10, one from FS. Three S3 heroes, one from SE the other teo from portal, no S4 or S5.
But fo I really want to have more 3* heroes?
Nope they cost only roster space. From the maybe 10-15 new 3* heries I got in 2022 I kept 6 or 7 and fed away the others. No need for more fodder, they should better use the time for (QoL)-improvements or buggixes. The 5* are their cash cows. You can not expect a business to miss on revenue.
SE and FS were big steps in the right direction, maybe an HA improvement would be nice, lvl11 put 4 mio food and 3 mio iron plus 500 recruits in, wait a month and get a guaranteed S2 or S3 5* , with a 10% chance for a costume.
Of course you must improve all storages and houses before…

But fo I really want to have more 3* heroes?

On the one hand, I see what you’re saying, on the other hand, a couple of counterpoints

Sure, I’m not particularly excited by more 3* duplicates, but having something new to work on during long 5* summoning-deserts, and not just getting blown off the boards in 3* tourneys, is something.

And it’s kinda disheartening when the people destroying you (in raids, wars. W3K, competitions, even new events that maybe your heroes struggle to complete at all, etc.) with the latest greatest 5* thing seemingly always have some new toy to deepen the smoking crater they leave of you while your own 4* roster, never mind 5*, is more static or “table scraps” feeling in comparison.

It’s one thing to acknowledge that big spenders always have an advantage (even if it feels like that advantage is only growing), and it’s quite another to increasingly feel like one almost has to be a big spender to have even a puncher’s chance at being competitive.

Once a growing class of players feel like they can’t be competitive, at least no small number may often spend less effort, fewer game resources, less money, play less, go F2P, and even eventually just quit.

tl;dr — I’m not sure that “increasingly monetize whales, even if it means demonetizing an increasing proportion of everyone else” is a great strategy even at a “we only care about the bottom line” level.

I get the odds but come on people… LNY has 2 new heros…I spend some on the portals…I was lucky and pulled the bunny with my first few saved EHT so each day since the portal opened I have done a few pulls trying for the tiger (what collector wouldn’t like the complete set?)… but what do I get along with my frustration? Yeah thats right 3 more dupe rabbits just pulled my 4th expensive bunny…if they’re wondering why I dont buy as many deals… well… here’s a reason for ya! …thanks for listening to me rant!

Edit: well I pulled my 5th expensive bunny trying for the tiger today…I guess they really do multiply like crazy

Misery loves company, so whenever I have a bad summoning day I just pop into this thread.
thanks everyone, for sharing your experiences

Summons Legend doesn’t say that. It says 1.5.% which in any other place in the world means that you can rationally and reasonably expect 1.5 legendary heroes for every 100 pulls you make. On what planet or in any other place would you expect your measly 1.5% chance to then be aggregated with a million other players? I understand all the examples of chasing heroes and the well explained odds, especially for that classic example of chasing Guardian Panther. But the reality is the legend box indicates that a person can reasonably expect a 5* out of a hundred pulls.

But the reality is the legend box indicates that a person can reasonably expect a 5* out of a hundred pulls.

Tell that to the swaths of players who’ve gone well past the 100 pulls without a 5* hero. Expecting you’ll get your 1.5 5* heroes out of 100 pulls isn’t how probabilities work. No where in the odds does it state you’ll get 1.5 heroes out of your 100 pulls. If it did, you’d have an argument and that would be a guarantee built into the function that governs the portals.

Every portal gives you the appearance rates in percentages based on hero per pull. You have designated odds/chance per pull to receive a 5* on that given pull. It makes zero mention of a guarantee that you’ll get your 1.5 (or whatever the odds are) in 100 pulls. I’m not sure what’s difficult to understand about any of that.

The language used implies a guarantee. I’m not sure why that’s so difficult to understand, it’s simple English. It’s false advertising plain and simple. That little box says nothing about probability per pull. It is clearly stated that the rate of appearance is x based on a base of 1.00. Cmon man, companies get sued all the time for skirting rules and abusing language. That’s why ingredients lists have to contain language such as, “may contain one or more of the following…” You’ve never found that disclaimer odd that a company can be allowed to sell something that they’re not even sure about what’s in it? I have no doubt that some group of lawyers can make a case about Zynga’s abuse of English and false advertising. If lawyers can get McDonald’s to cough up money for selling hot coffee, you think Empires is untouchable?

I have been looking into the question of whether the odds are really as they are stated. For cost reasons only with silver coins. In this I was supported by friends.

I have recorded my pulls from today in a little more detail: 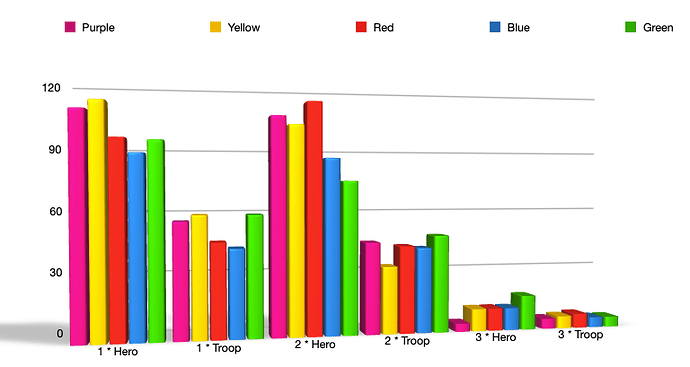 Maybe this will help a little and satisfies your inner Monk 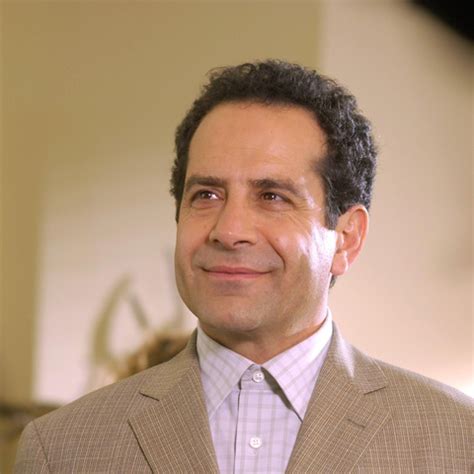 The language used implies a guarantee.

How so? Can you show us exactly where it implies in this portal that a 1% chance in a pull that can yield all these other heroes at their designated odds implies a guarantee you’ll get a 5* event featured hero that has 1% chance of appearing?

It is simple. You do a pull…you have a 1% in that pull to land one of the featured 3 heroes each time you pull (that’s 0.33% per featured hero). Implies nothing about a guarantee or that each time you pull and don’t get one that 1% adds to your next pull until you reach 100%.

That little box says nothing about probability per pull.

No? Why give the odds then? The game’s support documents actually explain it quite clearly. You can find it if you try hard enough.

Cmon man, companies get sued all the time for skirting rules and abusing language.

They do. And the one suing them lose vast majority of the time.

That’s why ingredients lists have to contain language such as, “may contain one or more of the following…”

Right. Because when someone produces something in the same place where they pack peanuts, a person with a deadly peanut allergy ought to know about it, eh? This isn’t the same thing, although the game’s support documents and terms of service explain it quite clearly.

You’ve never found that disclaimer odd that a company can be allowed to sell something that they’re not even sure about what’s in it? I have no doubt that some group of lawyers can make a case about Zynga’s abuse of English and false advertising.

You know exactly what’s in it. I’m curious to know if you’ve come across someone that’s pulled a hero that isn’t part of a particular portal or has any evidence that their RNG function isn’t working as it’s designed to do. Wonderful thing about dealing with statistics, there is always a way to test it in depth. I personally don’t care to dump as much money as it’s required, and I’m fully thankful that there are those that have. Plenty of info on accuracy of odds across this forum and YouTube.

If lawyers can get McDonald’s to cough up money for selling hot coffee, you think Empires is untouchable?

What’s stopping you from going to a lawyer, getting a consultation, and letting us know how it goes? We’d truly be curious to know what the outcome is.

I’m not saying the devs do everything the right way. Far from it. Game is a money grab and it is blatantly obvious. But the odds is definitely one thing that works as intended. I know because I track my pulls.